The best surfers in the world are at Trestles Beach in northern San Diego County for the World Championship. 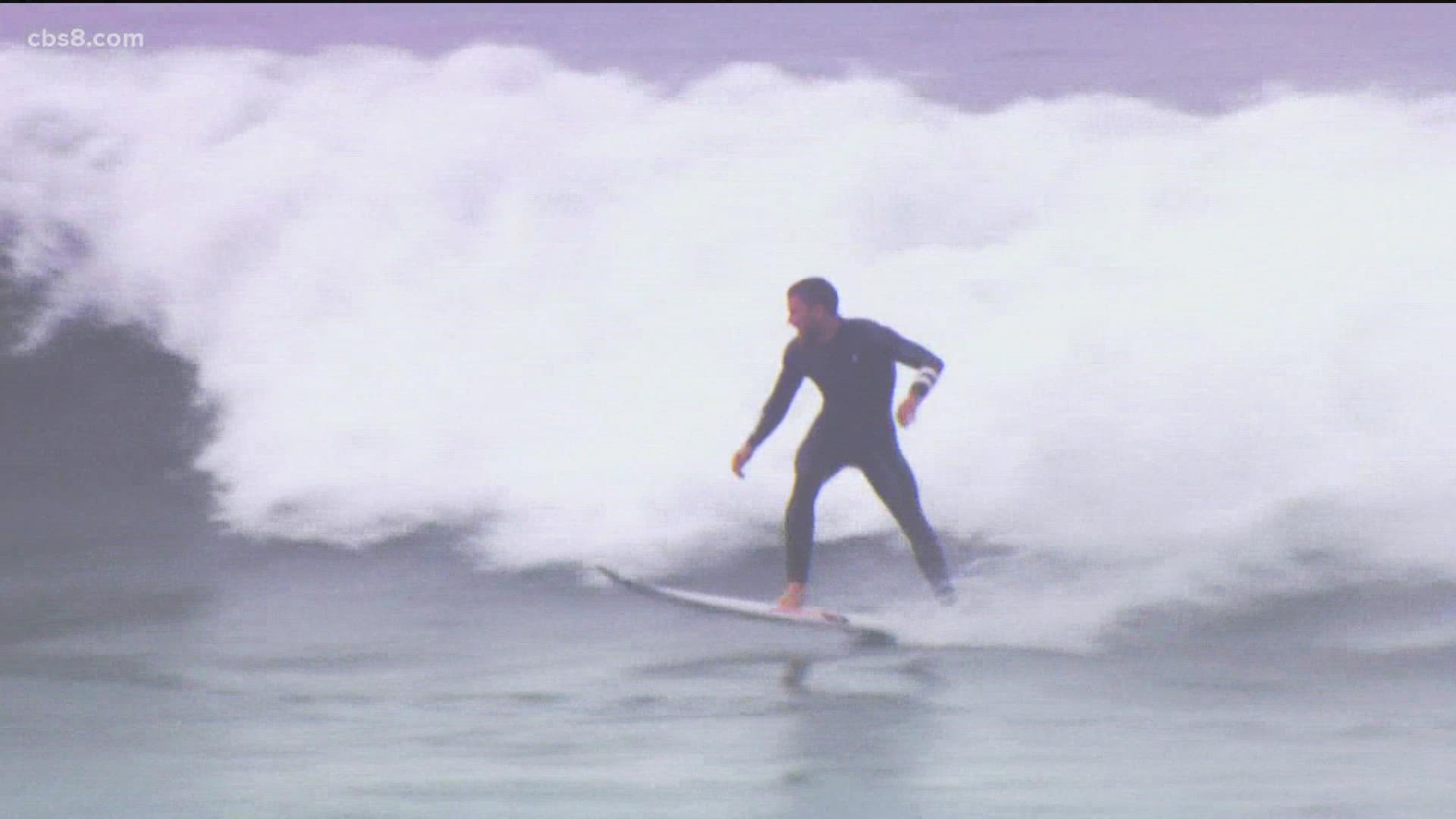 SAN DIEGO — The World Surf League World Championship was on for Monday and the surf delivered but the fog blocked it out.

The best surfers in the world are at Trestles Beach in northern San Diego County for the World Championship and so were their fans, cheering for their heroes.

I had a chance to talk with Conner Coffin, #4 in the world. Coffin is the only men's surfer from the U.S. to be competing.

The surf arrived as forecasted, but so did the fog. 1977 World Champ Shaun Tomson spoke on the conditions:

"The conditions are great, but we have fog, tomorrow will be even better."

We caught Becky Zelasko as she came out of the water:

"Today is the first big day of the swell, I think it was a good call."

And, Jesi Miley-Dyer the Competition Director made it official:

"Today was a building day but we had fog. I feel really good about tomorrow."

So, while the locals totally scored the pros will have to wait until Tuesday.

RELATED: 'Wave Woman': The life and struggles of a surfing pioneer