Sports bars and restaurants weren’t packed like they usually are as San Diego County limits indoor occupancy to just 25% but enthusiasm for football remained at 100. 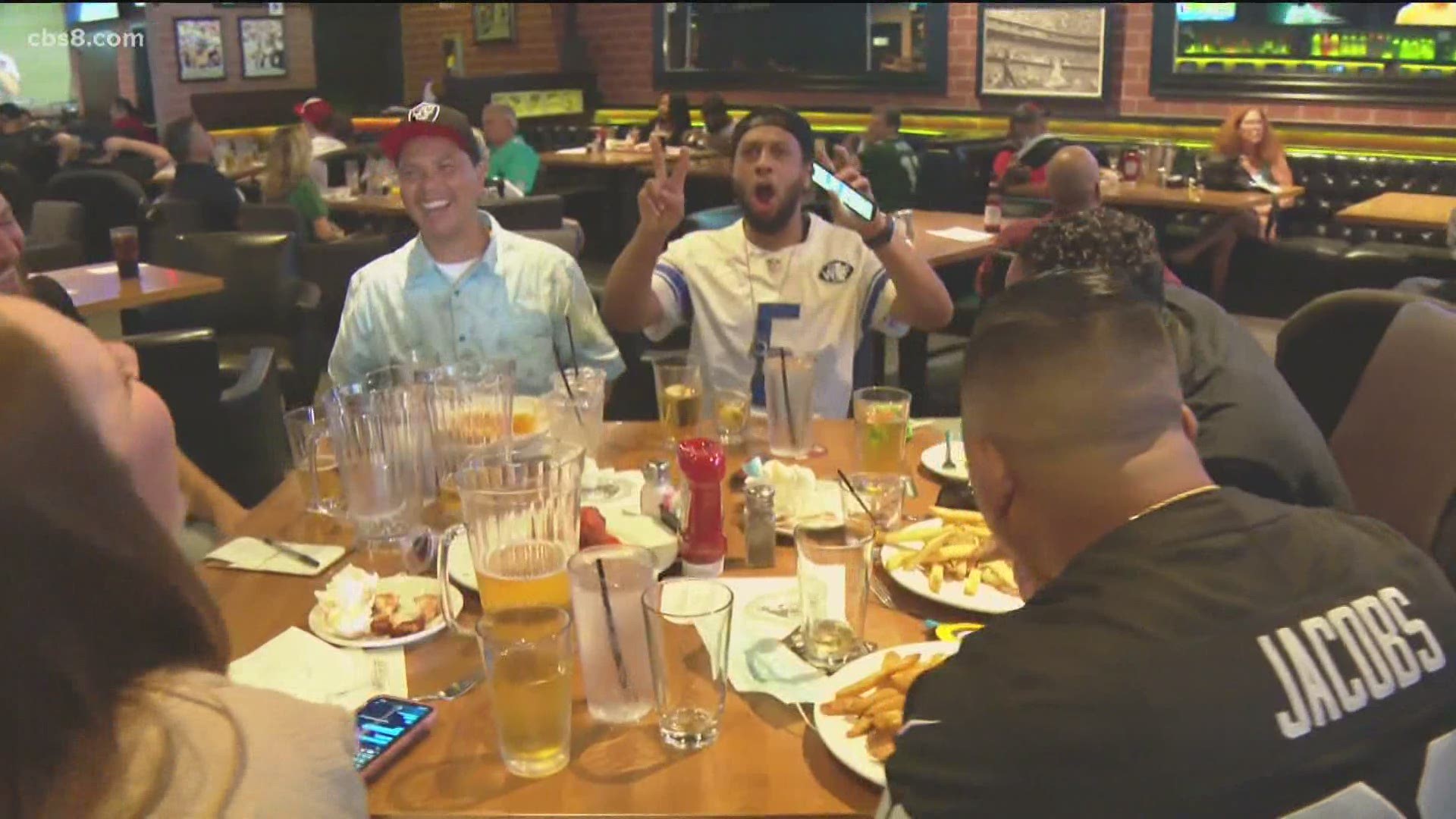 SAN DIEGO COUNTY, Calif. — Sunday was the NFL’s first game day during the COVID era and you couldn't keep football fans like Amanda Pierce away from the High Dive.

“[For the] first day I woke up bright and early,” she said. “I was so excited to come over here and get a seat in front of the TV.”

Sports bars and restaurants weren’t packed like they usually are as San Diego County limits indoor occupancy to just 25% but enthusiasm for football remained at 100.

"It's definitely different,” said Pierce. “You know, you don't have the huge crowd around you jumping and cheering, but we're social distanced and it's still just as great as ever. I'm just excited for the season to be here."

It was the same at the Bullpen where fans were just excited to sit inside a restaurant again.

"[We want] to be able to come and watch games - get out of your house. You know, a little relief,” said one patron. “With the cases rising in San Diego, it's so important to get out and support and keep local businesses going."

Still, health officials said it's important everyone follows safety guidelines and it's up to businesses to ensure compliance.

That's what bar lead Tony Aversa was trying to do last Saturday when he was assaulted at 710 Beach Club.

"All we asked was that he put a mask on and we tried to help him out with whatever he needed,” Aversa said. “That was my only interaction with the person. And then I was punched in the face."

Aversa now needs surgery and will be out of work for several weeks, after being laid off for months, as the search continues for the possible suspect.

"It's very rare that you do see something come of it,” he said. “But I'm going to do damn well everything in my power to get this guy. We have a good picture of his face. We have [him] on video. So, I'm going to do what I can to blast it everywhere that I can. And, you know, you never know. It could turn something up”