Joe Musgrove is from the San Diego area and was traded to the Padres from the Pittsburgh Pirates in January. 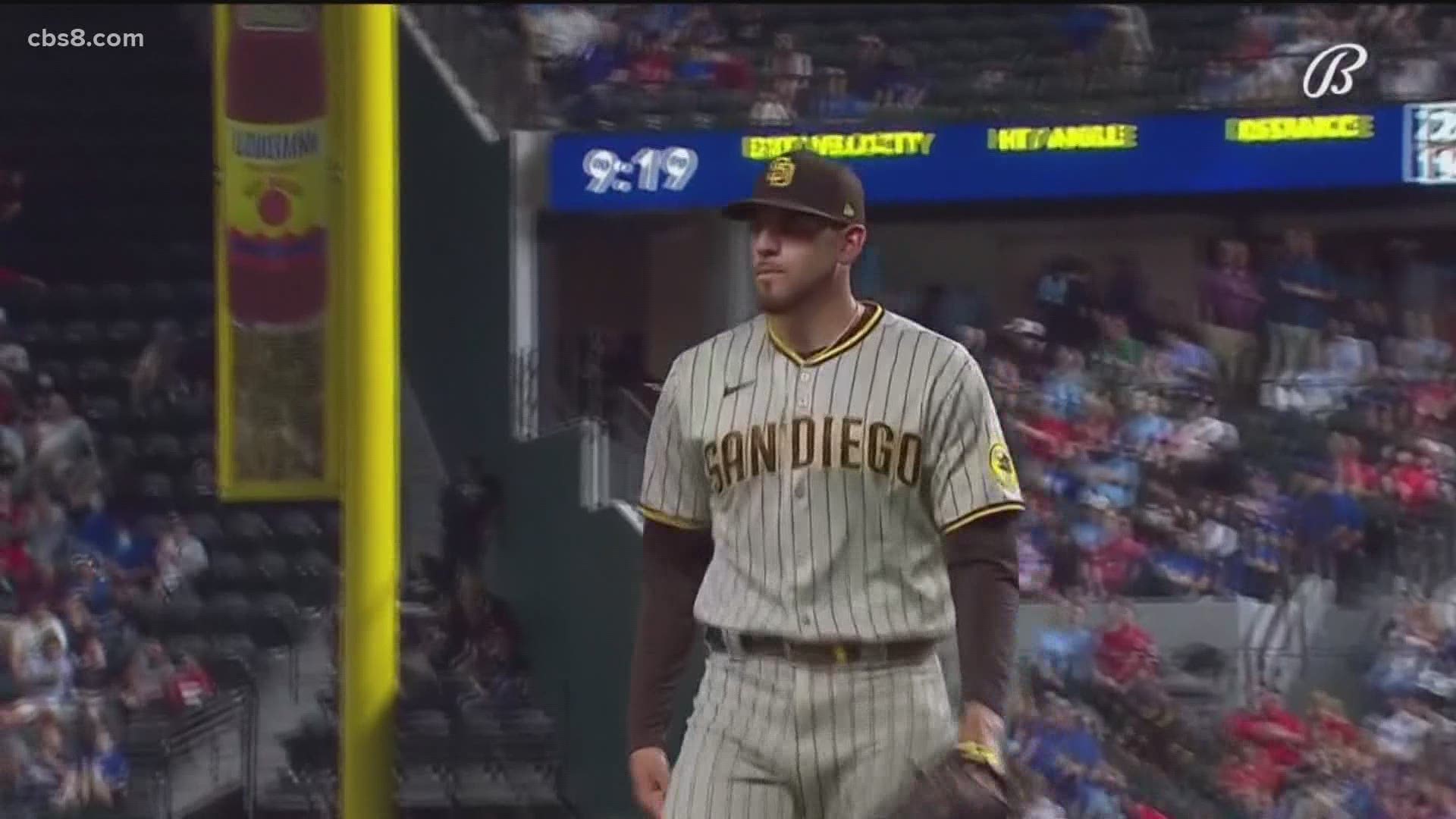 Musgrove is from the San Diego area and was just traded to the Padres from Pittsburgh Pirates.

Musgrove attended Grossmont High School in El Cajon about 10 years ago but his former coach says he continues to get better and still gives back to the athletes following in his footsteps.

“It was meant to be. I couldn’t think of a better person to represent the city of San Diego and the Padres,” said Jim Earley, a teacher and former baseball coach at Grossmont High School in El Cajon.

Friday night, Musgrove accomplished something no other San Diego Padres pitcher before him has done; he pitched a no-hitter, going an entire game without giving up any hits to the opposing team.

The Padres were the only active team in Major League Baseball to be without a no-hitter until Musgrove made history.

“Joe went to games with his dad when it was at Qualcomm and then at Petco and he’s kind of seen the struggles of the Padres. Then he gets traded to the Padres,” Earley said.

The Padres won two National League Pennants in 1984 and 1998 but they’ve never won the World Series. Earley says Musgrove has been one of the most successful baseball players from Grossmont High and he hasn’t forgotten where he came from.

“He comes back all the time and does whatever. In the past, he’s bought cleats and he’s helped out with the uniforms and stuff like that. So, he’s a legend at Grossmont High School no matter what.”

The Padres are scheduled to play the Texas Rangers again this weekend. Musgrove will face off against his former team the Pittsburgh Pirates on Monday.

Earley also says he noticed in the last six months that more kids are getting back to playing stick ball again and he hopes what Musgrove did is even more inspiration for young baseball players.