Elisabeth Kimmel is the 32nd parent to plead guilty in the Operation Varsity Blues college admissions bribery scandal. She was arrested in La Jolla in 2019. 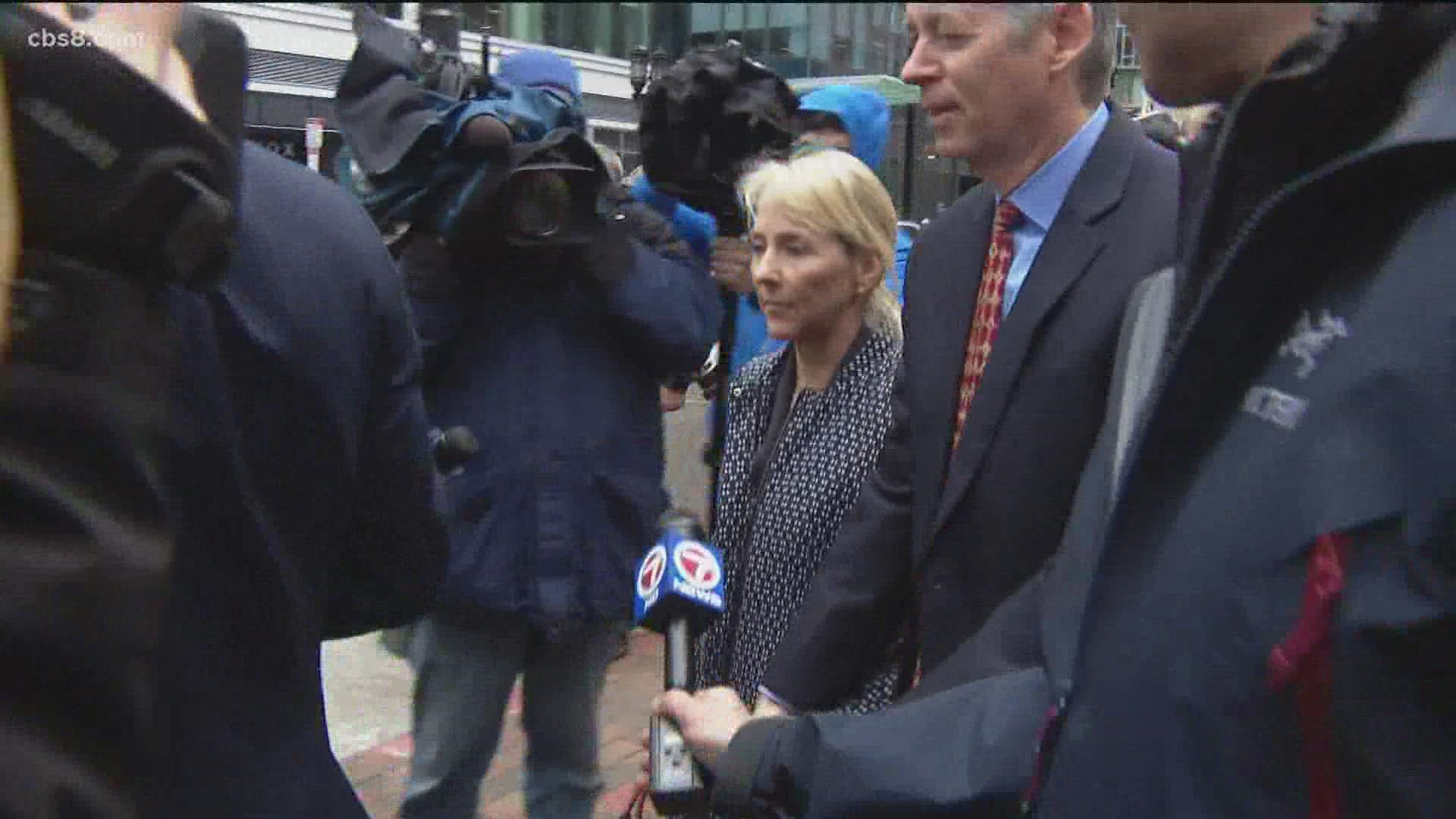 BOSTON — Elisabeth Kimmel, the former owner of KFMB Stations, pleaded guilty to the charges of conspiracy to commit mail and wire fraud after authorities said she paid more than $500,000 to get her two children into elite universities as athletic recruits.

District Judge Nathaniel M. Gorton on Monday accepted the plea deal from Kimmel who was seated between her attorneys and appeared virtually.

Under terms of a plea deal, Kimmel will receive a six-week prison term, followed by a year of home confinement, and another year of probation. She also will be required to pay a $250,000 fine and perform 500 hours of community service.

"Nobody wants to see this woman go away forever. On the other hand, you do not want a society in which somebody cannot only buy their way into a college, but they can also buy their way out of a prison," said Eugene Iredale, a San Diego attorney who is not connected to Kimmel's case.

"The basic principle we go on in this country is that people should get things according to their merit," Iredale said. "Instead of doing it on the basis of relative merit or virtue or intelligence or test scores or even athletic ability, it was done here just on the basis of buying a ticket in a corrupt way."

During Monday's virtual court hearing, the judge asked Kimmel, "What do you understand that you are being charged with here this afternoon?"

Kimmel responded, "Conspiracy to commit mail and wire fraud, but not bribery."

"She's making the statement, 'You can't call me somebody who's a briber.  I'm engaged in wire fraud.' It's not really a ringing defense, is it?" said Iredale.

In response to a News 8 request for comment, Kimmel's defense attorney, Eoin Beirne, emailed, "We don’t have a comment but Mrs. Kimmel was correct in her statement that she did not plead to any bribery."

Kimmel operated KFMB Stations under the Midwest Television Inc. name, which was founded by her grandfather August C. Meyer in 1952 in Champaign, Illinois. The stations were previously run by Kimmel’s father Christopher Meyer as well.

Kimmel was arrested on March 12, 2019, at her home in the La Jolla area of San Diego. She reportedly now resides in Las Vegas.

Kimmel will continue to remain out of custody and a sentencing date has been set for December 9, 2021, in a Boston courtroom. Her attorneys have requested another virtual hearing.