Recent earthquakes did not relieve seismic stress in San Diego

Do all these aftershocks mean our chances of having an earthquake in San Diego have increased? 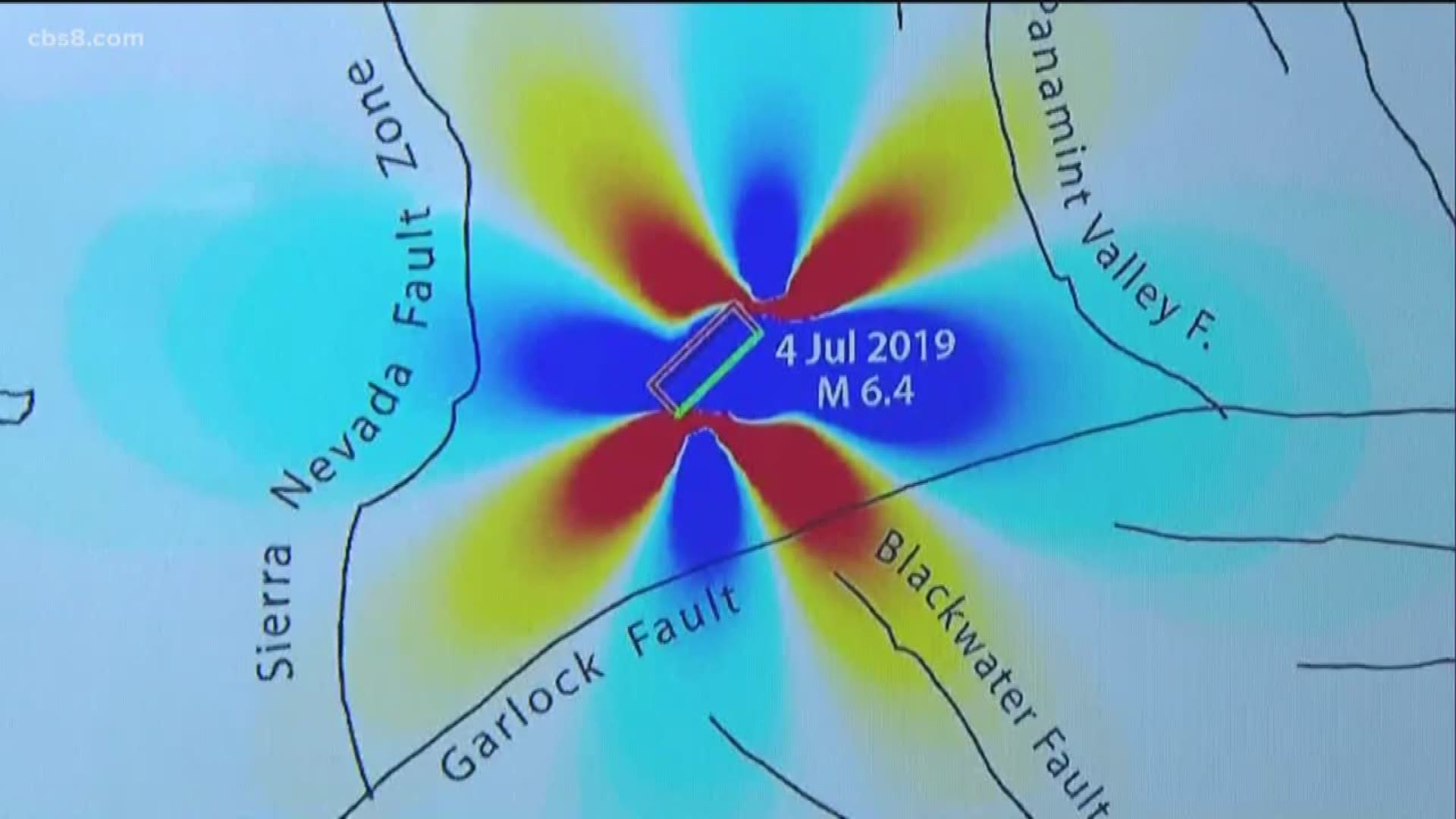 Do all these aftershocks mean our chances of having an earthquake in San Diego have increased?

There are a few local fault lines in San Diego. One of them, called the Rose Canyon fault line, is located off the coast of La Jolla. A seismologist at UC San Diego said the Fourth of July quake does not relive any tension on San Diego’s fault lines – which is a good reminder that quakes can happen anytime, anywhere in California.

Earthquakes cannot be predicted ahead of time, so a seismologist at Scripps Institution of Oceanography said it is important to have a preparedness kit ready that includes plenty of water.

“I think it is really a wake-up call that we should be prepared for earthquakes. We do live in earthquake country, so we know earthquakes are going to occur,” said Dr. Debi Kilb.

The Ridgecrest earthquake, which is the biggest earthquake to hit California in 20 years, has been followed by over 1,000 aftershocks – including Friday morning’s 5.2 aftershock.

Dr. Kilb said all the seismic activity is not relieving any seismic stress on San Diego’s fault lines not is it decreasing San Diego’s earthquake risk.

“The fault will move and that puts a different stress and strain within the region,” she said.

Further, the Fourth of July earthquake happened on a fault line that scientists did not know about before. Dr. Kilb further said that the fault line is in a new configuration – it is not shaped like a usual fault line which is somewhat straight.

Aftershocks can be expected for the next month or so – which means seismologists like Dr. Kilb will have more data to study, which can help develop early warning systems.