From Disney to the airlines, tens of thousands face layoffs

The state says it will issue re-opening guidance for Disneyland and other theme parks. Many are hoping it will be in time to reverse thousands of layoffs. 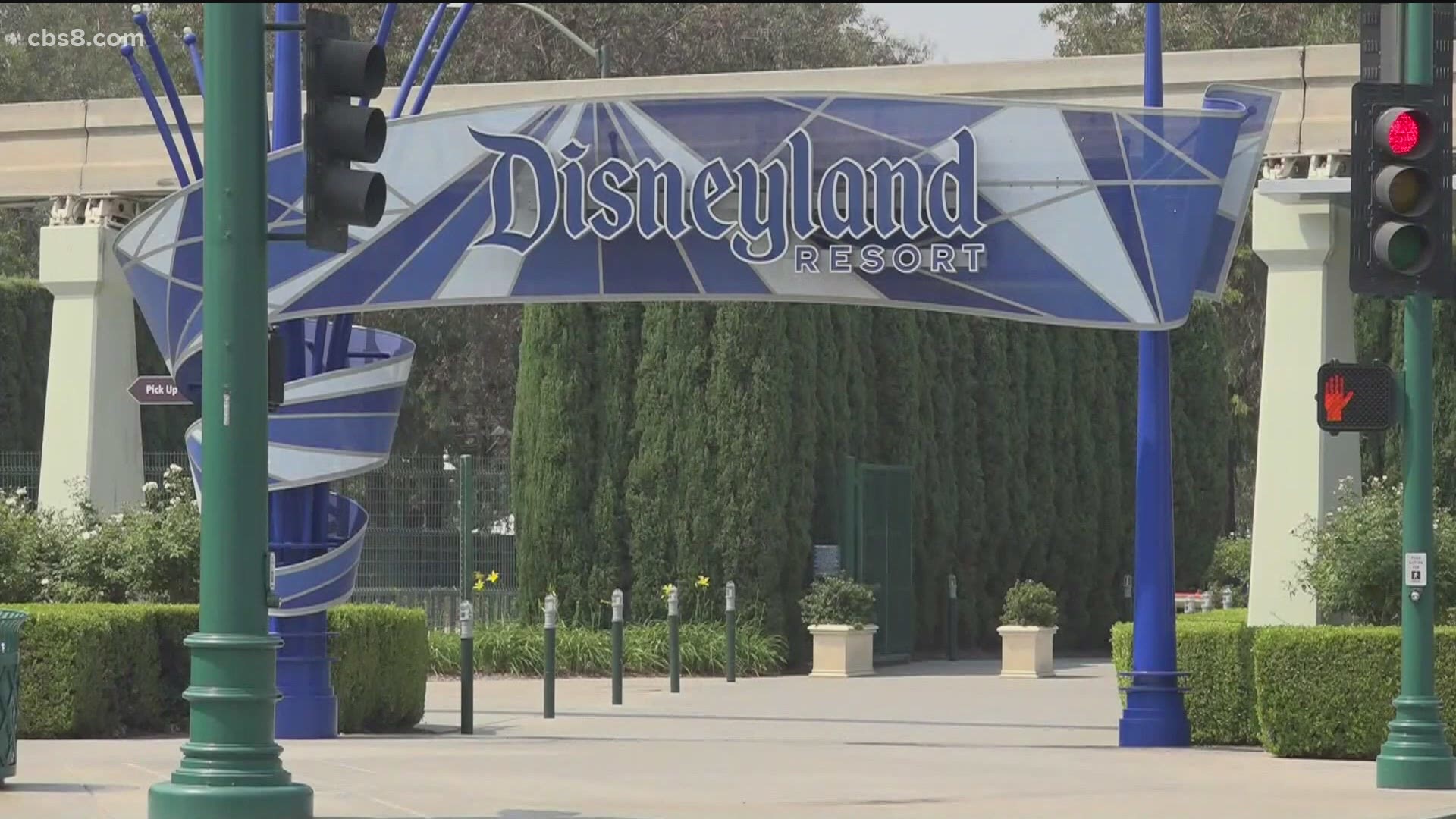 SAN DIEGO — From Disneyland to the airlines, tens of thousands of workers have received layoff notices as the economic fallout from the pandemic continues.

The state says it will issue re-opening guidance for Disneyland and other theme parks. Many are hoping it will be in time to reverse thousands of layoffs.

Now that the government's $25 billion payroll support program has expired, as of Thursday tens of thousands of airline employees were receiving layoff notices. One of those employees was United flight attendant Denyshia McCluskey.

For the past four years, McCluskey said she had lived out her dream.

"I worked so hard to get where I am," she said.

She now finds herself out of a job, along with an estimated 45,000 other airline employees nationwide: casualties of the ongoing pandemic.

"I'm just really nervous," McCluskey said. "I'm really scared about where my health will lie, without having the proper health care to, you know, continue to live the life that I've been living since I've been flying. "

Workers for the nation's airlines are far from alone.

In Southern California, Disneyland, which has remained closed since mid-March, announced 28,000 layoffs this week, along with Disney World in Florida.

Disney Parks are also pressuring Governor Gavin Newsom to come up with guidelines under his new Blueprint for a Safer Economy for opening the state's theme parks.

A spokesman for Disney parks wrote that the impact of the pandemic has been “exacerbated in California by the state’s unwillingness to lift restrictions that would allow Disneyland to reopen," adding that  "We have made the very difficult decision to begin the process of reducing our workforce."

"We know that a number of Californians are eager and wondering when that is," Dr. Ghali said earlier this week "And we are working with those industries to put out something that is thoughtful and allows us to maintain the rest of our framework in a strong way."

That guidance can't come soon enough for Isaac Alexander, the owner of a restaurant directly across from Disneyland. His business is now down 90% since Disneyland shut down and is on the brink of folding.

"Without Disneyland, a lot of people are hurting," Alexander said.

"Beaches are open. Museums are open. Zoos are open. And most of SeaWorld in San Diego is open," said Mike Lyster, spokesman for the city of Anaheim. "There does not seem to be a lot of consistency there."

Late Thursday, a spokesman for California's Health and Human Services agency said that sometime this week it would be issuing re-opening guidance for theme parks.