"I basically went from starting IVs to starting seeds." 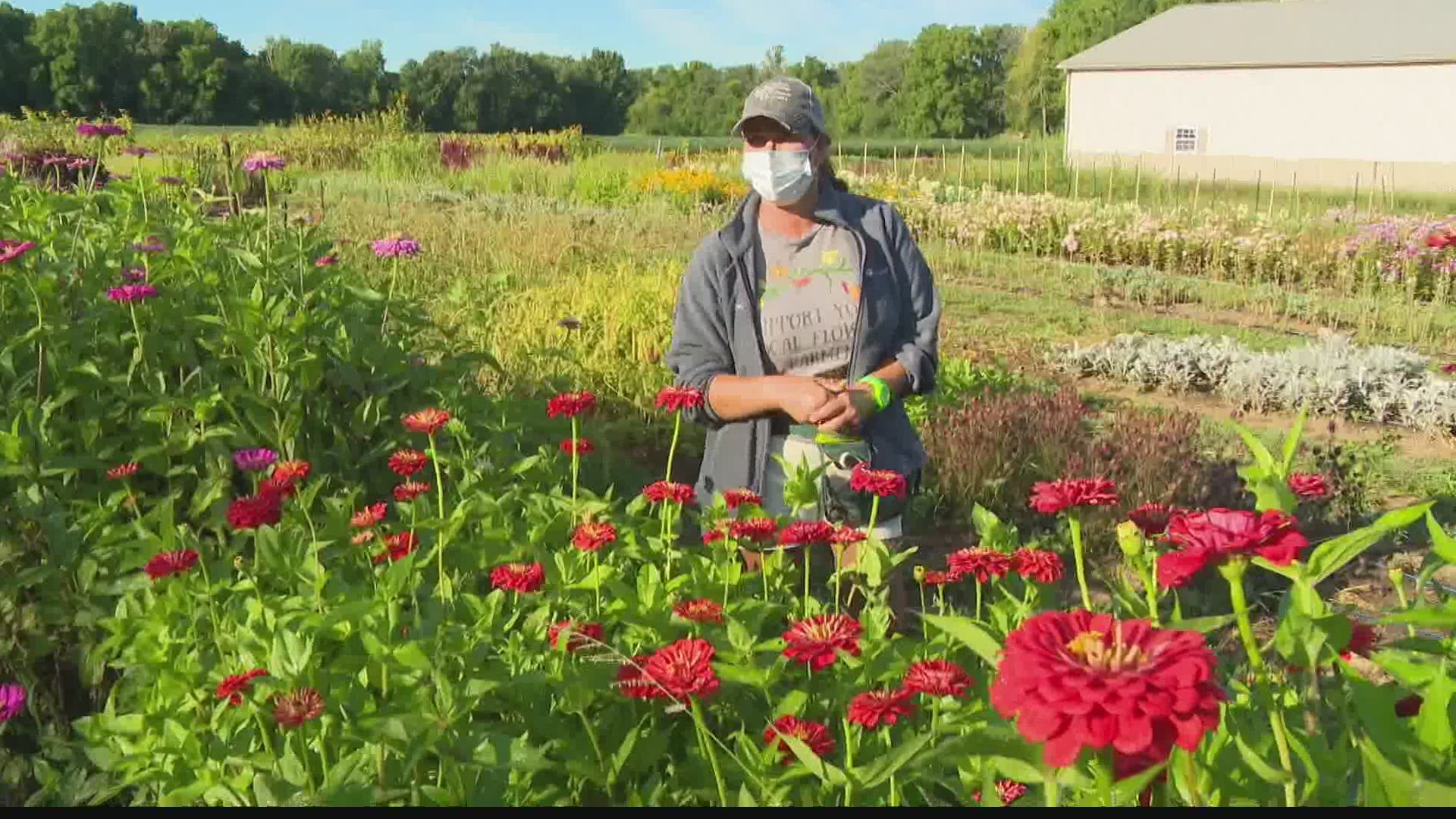 INDIANAPOLIS — There have been many stories about the frontline workers who are helping Hoosiers cope with the COVID-19 health crisis. But one central Indiana woman is a former nurse, who is now brightening people's days all over in another way — with flowers.

"I think people have been a little scared," said Tracy Lawyer, the owner of the Lick Creek Flower Company. "I think flowers have brought them some joy. There's nothing better than delivering a bouquet, and the customer saying, 'This is so great! This is going to make my kitchen look so nice!'"

Lawyer spent more than two decades as a registered nurse at an Indianapolis hospital. But earlier this year, she decided to hang up her scrubs and pursue her dreams as a flower farmer, forming the Lick Creek Flower Company.

"It’s a pretty tough job, but I love it, I do!" Lawyer said. "I've had a great time doing it. It's been a great experience."

Initially, it was a tough decision to give up nursing. Lawyer was leaving a career that she truly loved for one with lots of uncertainty and risk. But she said to herself, "I'm not getting any younger, so now is the time."

"Just when the coronavirus pandemic was starting, I made a change to be a flower farmer," Lawyer said. "I basically went from starting IVs to starting seeds."

Lawyer traded in her stethoscope for a pair of garden gloves and floral scissors. Flower farming isn't any easier than being a registered nurse, according to Lawyer.

"A lot of nurturing going on out here, just like there was at the hospital," Lawyer said. "People have this image in their mind of a flower farmer — that you've got rows and rows of beautiful flowers and the butterflies and the sun. And what it really is, it is a lot of hard work, a lot of sweat and a lot of bee stings.”

Lawyer loves this "flower gig," as she called it, because flowers seem to bring so much joy to so many individuals. Even when she messes up, she realizes it's just part of the process.

RELATED: Behind the Mask: Husband and wife working on the front line share their story