After a brutal winter storm knocked out the guardrails, the city commissioned engineering firm Moffett and Nichol to do a report on the health of the pier. 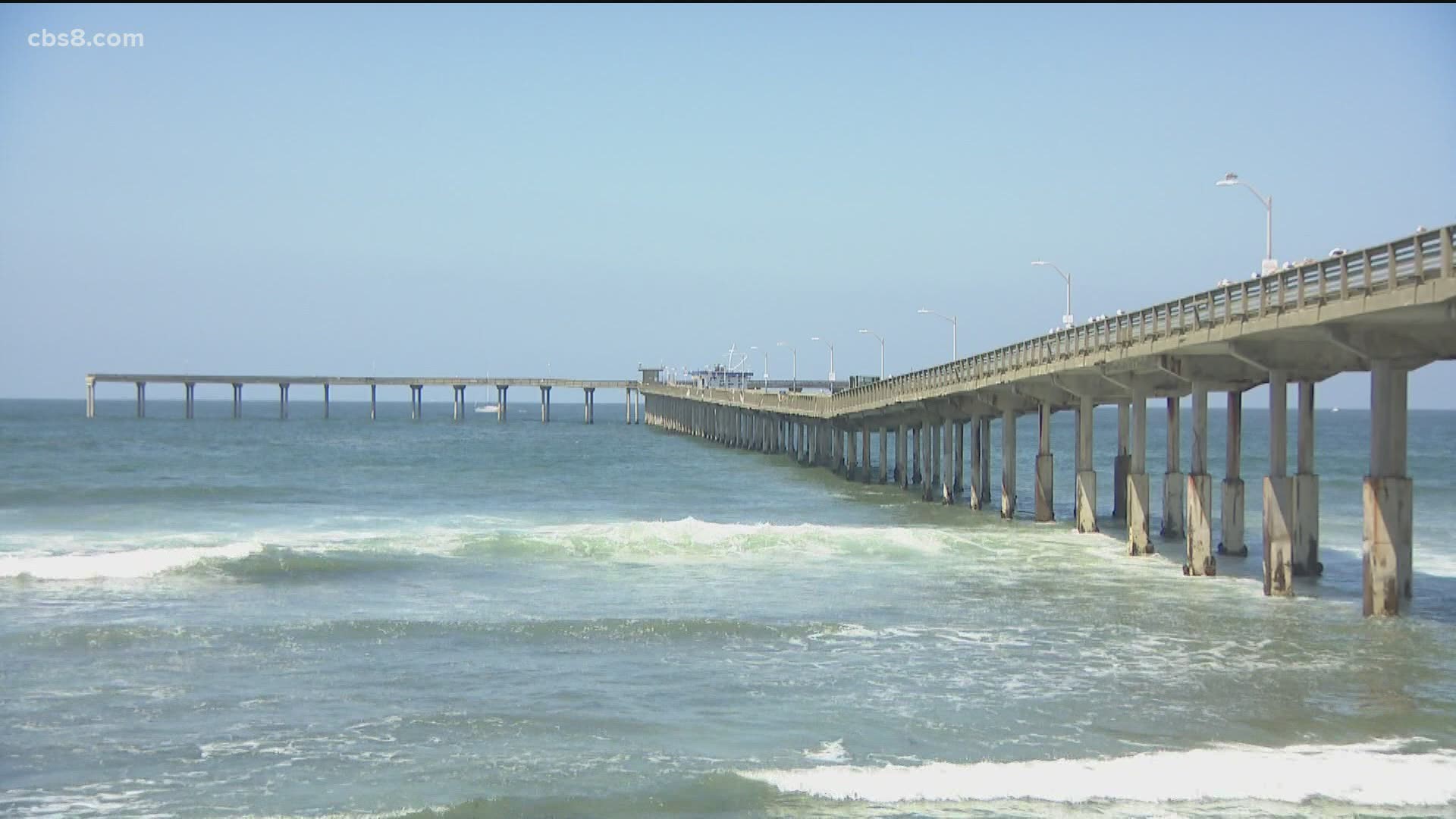 SAN DIEGO — One of San Diego’s most iconic landmarks may be in trouble after a bombshell report from an independent engineering firm. The Ocean Beach Pier which is the longest concrete pier on the west coast is said to have significant structural damage and will need to be repaired.

For lifelong Obecian and owner of Hodad’s Restaurant, Shane Hardin, the Ocean Beach Pier has always just been there. The concrete walkway that stretches out nearly 2,000 feet into open ocean has given Hardin a lifetime of fond memories.

“I’ve been coming here my whole life, man,” Hardin said. “We take it for granted, it’s right here. But now that it’s possibly in trouble, everyone’s talking about it.”

With the cracks in the concrete and weathered posts, you don’t have to be an engineer to see that the 55-year-old pier is in rough shape. After a brutal winter storm knocked out the guardrails, the city commissioned engineering firm Moffett and Nichol to do a report on the health of the pier. It was made public earlier last week, and the news is not good. The report says, “Corrosion in the reinforcing steel has initiated and the structure will continue to degrade unless corrective action is taken.”

Moffett and Nichol laid out three plans for the pier,

Of course, with that high of a price tag, it’s safe to say the city could go with option four, to knock down the pier and not replace it at all.

“Everyone that comes out here has a story,” said Chuck Fisher, the owner of the Walking on Water Café just at the end of OB Pier. “They caught their first fish out there. They went out there on their first date. They got engaged out there.”

Fisher’s business is directly tied to whether or not the pier is open, but there have been locks on the pier’s gate since January. He said that not fixing or replacing the pier would be disastrous for OB as people come far and wide to see it and spend money at local businesses.

While the long-term future of the pier might be in doubt, the city released a statement saying they would be doing light repairs on the pier in the coming weeks. But Hardin and Fisher said the iconic pier is priceless and must be saved at all costs.

“By the time you walk out there, you kind of forget what your concerns are,” said Fisher. He added, “The salt air, the breeze, the motion of the pier. There’s just something almost healing about it.”