It's a back and forth affair with Santee Mayor John Minto and County Board of Supervisor Nathan Fletcher over Governor Gavin Newsom's recall effort. 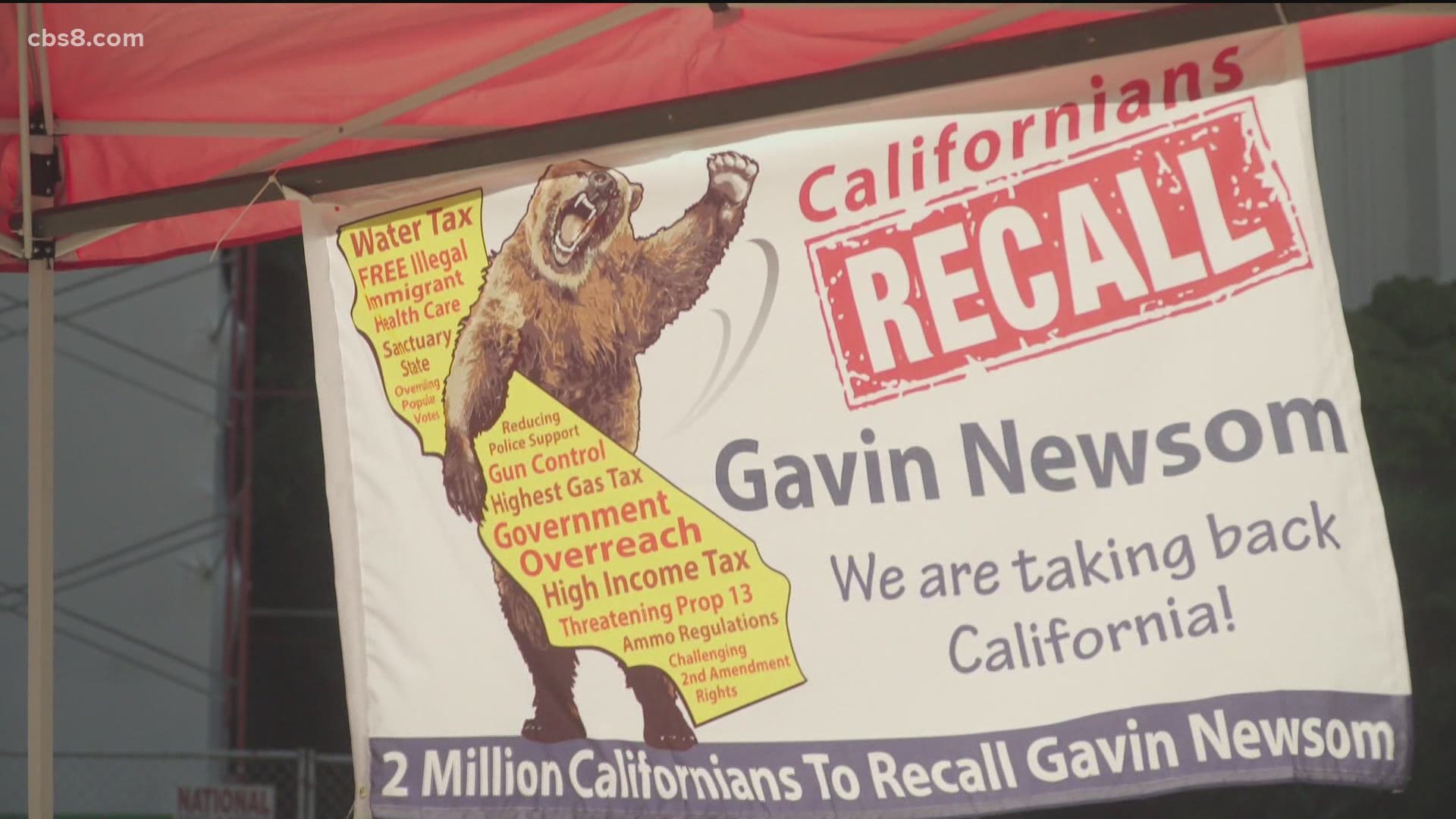 Santee Mayor John Minto wants Supervisor Nathan Fletcher to apologize and resign from his position after using hateful language when addressing those participating in those recall efforts.

RELATED: Will Newsom face recall election? It's a 'coin flip'

“We were frankly embarrassed that the Chair of the Board of Supervisors would use this kind of language in times like this when everybody is talking about the divisiveness between parties and how you’re calling people Neo-Natis and White Supremacists, this hate speech.”

Supervisor Fletcher’s response letter to Mayor Minto defends his comments about a political campaign during a taxpayer funded meeting.

Fletcher's letter reads, in part: "I never once made any statements about all people involved in efforts of Governor Gavin Newsom. I suspect you know this and you continue to promote a lie. My comments said that some elements of the recall movement are tied to various right-wing groups. I stated, “...these same extremists. They are involved in recall elections against our Governor Gavin Newsom.”

Attached to Supervisor Fletcher’s letter are articles and quotes of how the recall efforts are being addressed across the state.

It’s not sitting well with the Santee City Council. “The very least, at least give an apology to all the people you were insinuating are racists, Neo-Nazis, Militia groups, crazies… that have signed the recall petition,” said McNelis.

The council states it will join leaders and organizations condemning Supervisor Fletcher’s statements against those involved in the recall of Governor Newsom. Mayor Minto is calling for Supervisor Fletcher to publicly apologize to the 1 million signers of the petition and to resign from his position.

Supervisor Fletcher’s letter states that he continues to move forward and dedicate meetings to distributing vaccines and getting the region out of the pandemic as opposed to dishonest political stunts.