Closing arguments in the Derek Chauvin trial are set for Monday morning, followed by jury deliberations. 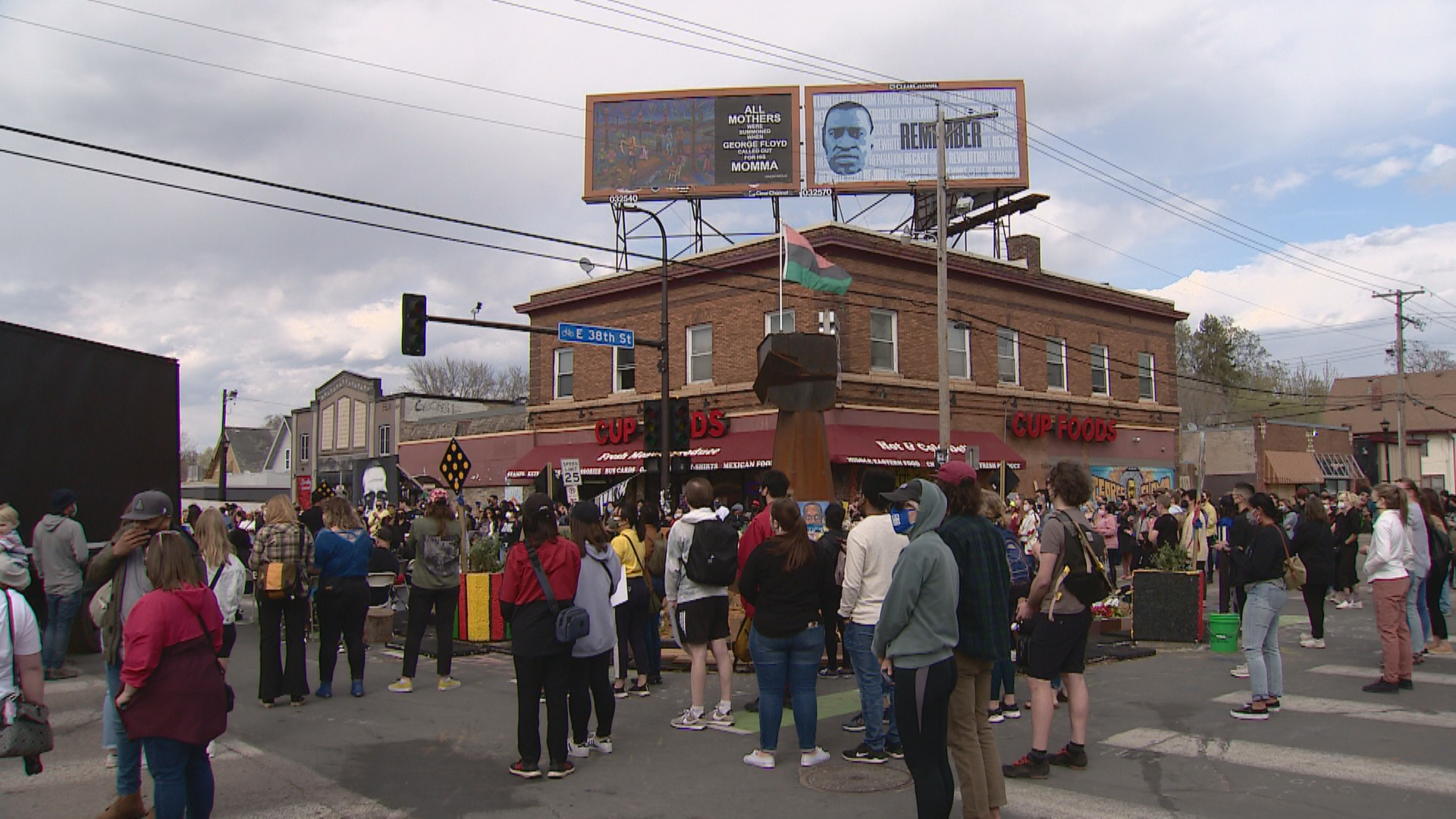 MINNEAPOLIS — Before jury deliberations begin in the Derek Chauvin trial, the prosecution and defense will have one last chance to drive home their cases during closing arguments on Monday morning.

Chauvin is charged with second-degree and third-degree murder, and second-degree manslaughter in the May 25, 2020 death of George Floyd. Bystander video and police body camera footage showed the former Minneapolis police officer kneeling on Floyd for nine minutes and 29 seconds.

As we get closer to a verdict, Jhermayne Bundy of Brooklyn Center said, "The tension is high and I think it should be. It needs to be watched. I think the nation needs to see it and keep up with this."

Bundy spent his Sunday afternoon at George Floyd Square where an Asian and Black solidarity rally was happening, dedicated to Daunte Wright.

Katy Armendariz of south Minneapolis said, "It's just important to be in community with people who want to see justice."

Armendariz brought her three kids out to George Floyd Square on Sunday.

"I think it's important for children to understand what's going on and the importance of standing up and getting involved and trying to impact the change that needs to happen," Armendariz said.

RELATED: What are the possible outcomes in the Derek Chauvin trial?

Lisa Kaste of St. Paul said she does have hope, adding, "I have anxiety about that day but that day, it's like I cannot wait for that day. It's like really emotional. I gotta prepare myself for those emotions."

After the jury hears closing arguments, they will be sequestered to begin their deliberations. There's no set amount of time a jury will be given to reach unanimity.

"I am hopeful. It's scary that it only takes one juror but I'm hopeful," Bundy said.

Members of the American Federation of Teachers were out at George Floyd Square supporting one of their Minneapolis members who has been coming out to the square since last year.

Debby Pope, a retired teacher who works part-time for the Chicago Teachers Union said, "If he is not convicted, I have so little confidence left in the justice system in our country."

According to KARE 11's Lou Raguse, the judge will give the jury a quitting time each evening but they can request to go longer if they're getting close to reaching a verdict. If jurors have questions at any point, they will write them down and pass it on to a deputy. Judge Peter Cahill will call everyone back to the courtroom and read the question out loud before answering it. Sometimes these questions may reveal how deliberations are going. When a verdict is reached, everyone will get a 1-2 hour heads up before returning to court.

While we prepare to hear closing arguments, I thought it might be helpful to share what will happen after the verdict.

1. Once the jurors arrive at a verdict, we have been told that the court will give 1-2 hours before the verdict is actually announced publicly.

On Sunday during the solidarity rally, speaker Michael Wilson said, "We are less than a week away from the work that we started but we ain't nowhere near finished."