The Rev. Al Sharpton will deliver the eulogy at the family service, which will take place this Thursday, June 4, at North Central University. 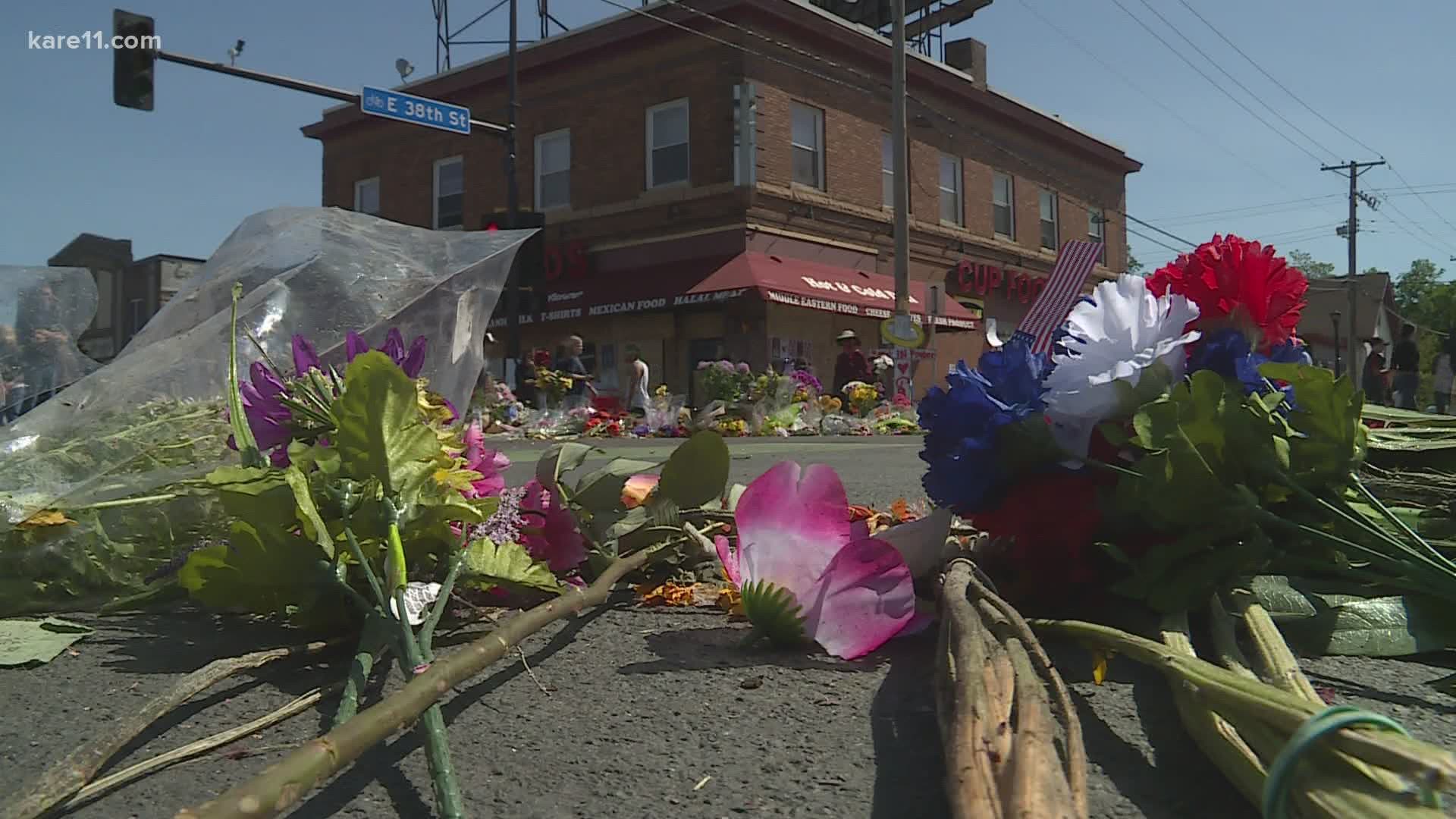 MINNEAPOLIS — A date and location has been announced for a Twin Cities public memorial service honoring the life of George Floyd.

The National Action Network says the family memorial service for Floyd, who died after having a police officer's knee pressed on his neck for nearly nine minutes, will take place this Thursday, June 4, at North Central University, 1400 Elliot Ave S. in Minneapolis. The memorial service will run from 1 to 3 p.m. in the Frank J. Lindquist Sanctuary, and the Rev. Al Sharpton will deliver Floyd's eulogy.

Floyd's family members will participate from around the country, as will family attorney Benjamin Crump. At this point organizers have not said how many people will be allowed inside, or how those seats will be allocated.

The announcement comes after an independent autopsy on Floyd said he died of asphyxiation due to sustained forceful pressure, according to Crump, who hired an independent company to perform the autopsy.

Credit: KARE
An inside look as preparations are underway for George Floyd's Memorial Thursday at North Central University in Downtown Minneapolis.

Credit: KARE
An inside look as preparations are underway for George Floyd's Memorial Thursday at North Central University in Downtown Minneapolis.

People have been gathering at the intersection of 38th and Chicago in South Minneapolis to pay respects and protest Floyd's death, which occurred after he was restrained by former Minneapolis police officer Derek Chauvin. Chauvin was seen on video kneeling on Floyd's neck. The memorial placed in the area has been growing daily.

Floyd's funeral is scheduled to take place in his hometown of Houston, Texas on Tuesday, June 9.

Here is a list of the services that are expected to take place.

RELATED: Want to help? Organizations looking for and offering support after Minneapolis unrest