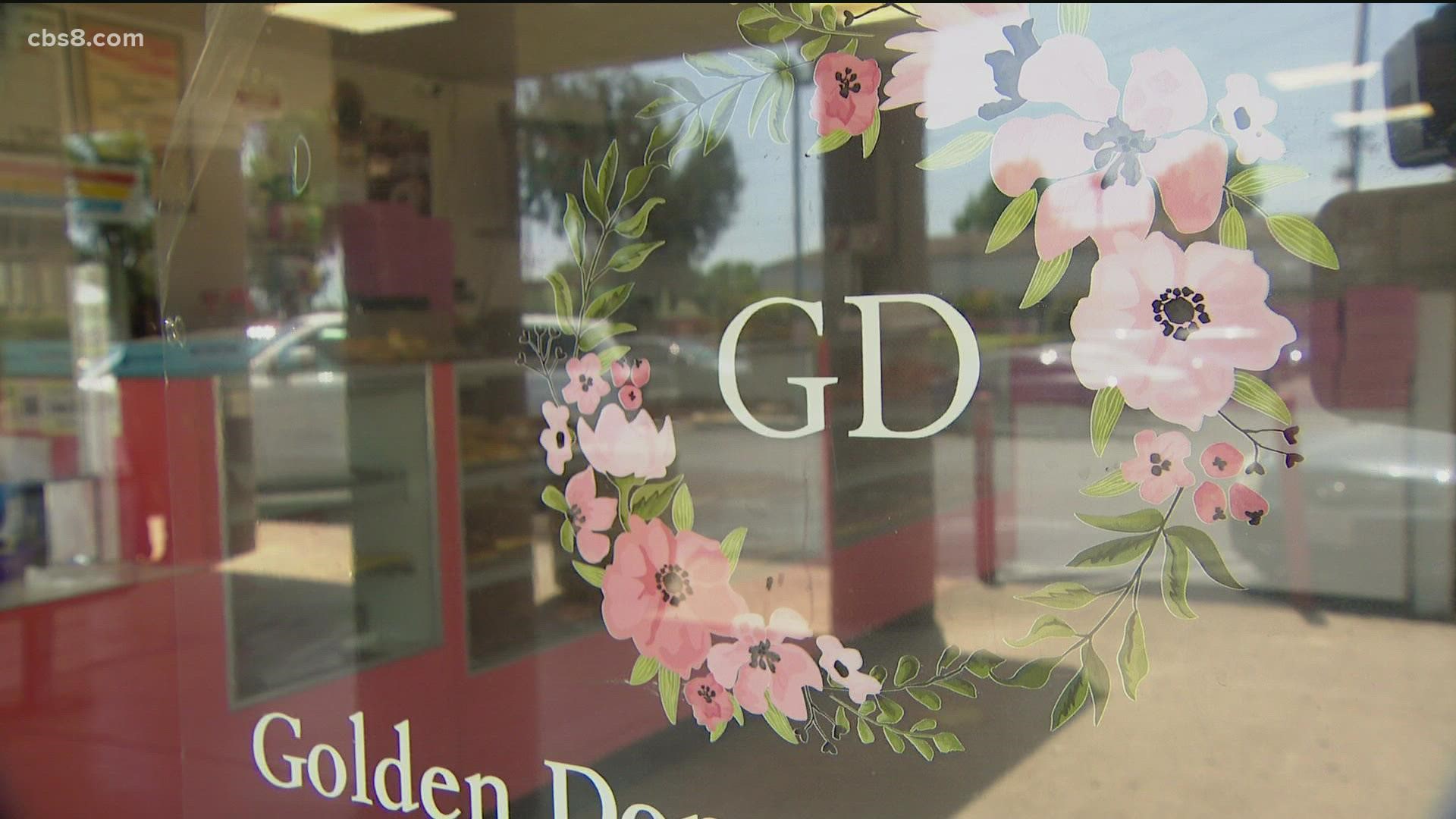 NATIONAL CITY, Calif. — The definition of the American Dream is different for everyone, maybe it’s building a business, creating a better life for you and your family.

Thav Sa in National City owns Golden Donuts, and she says she is living the dream, but the path was not the easiest.

Many come far and wide, and Thav prides herself on her reputation.

"I come here to work," said Thav. "I do it for my family, kids, and my grandkids, that’s what I do every day, because I'm a single mom."

Thav works 7 days a week, 6 a.m. to 8 p.m. She's experienced some history no one would expect.

As a result, nearly two million people were killed. Thav was just 12-years-old when she escaped her country.

"She was held captive; she ran on foot from Cambodia to Vietnam then to Thailand," said Sivi Chhuon, Thav's daughter.

But Chhuon said the lessons she learned from her mom, she has passed down to her kids.

"She basically taught us that life is not easy, you have to work hard for what you have," said Chhuon.