The two men rescued were only identified as Navy SEALs. 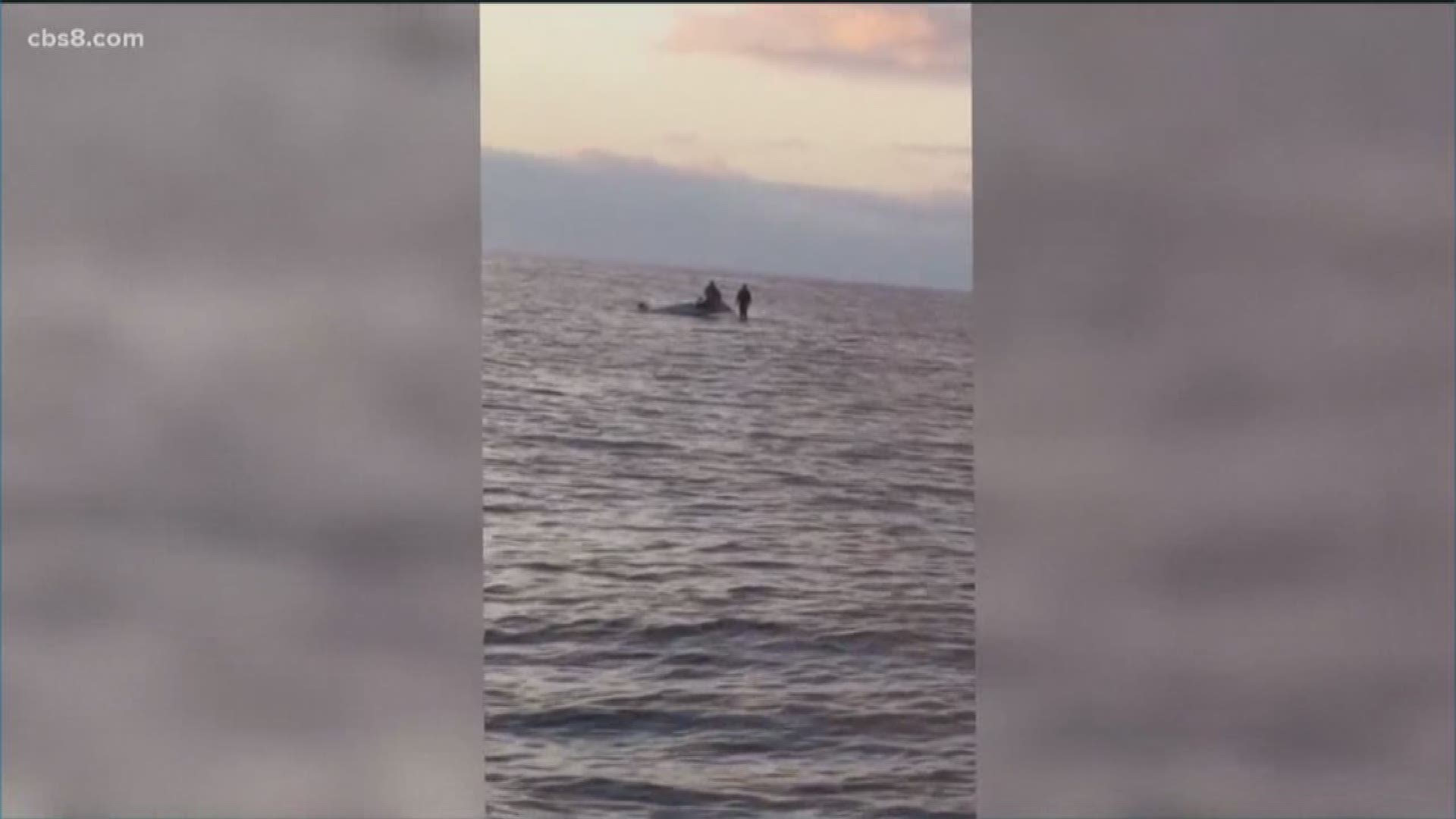 The Pegasus returned to Point Loma late Monday night with the men who were rescued. The two men rescued were only identified as Navy SEALs.

The U.S. Coast Guard launched the search just before 5 a.m. after they received a distress call. Officials said the boat was in some kind of trouble, but they weren’t able to determine the cause.

The boat was capsized 27 nautical miles southwest of Point Loma in Mexican waters, according to USCG. The two Navy SEALs were standing on top of the vessel known as “Reel Fun.”

Mexican authorities were also notified, according to USCG.

The Pegasus is based out of Fisherman’s Landing and is usually docked in Point Loma. Fisherman in the area say it’s a very popular sport fishing boat that takes up to 30 people out on overnight fishing trips.