GoPro cameras used in search for those MIA

GoPro cameras are now helping to find downed U.S. warplanes hidden underwater for decades. It's a major breakthrough in finding missing U.S. soldiers who were shot down over the southern Pacific Oc... 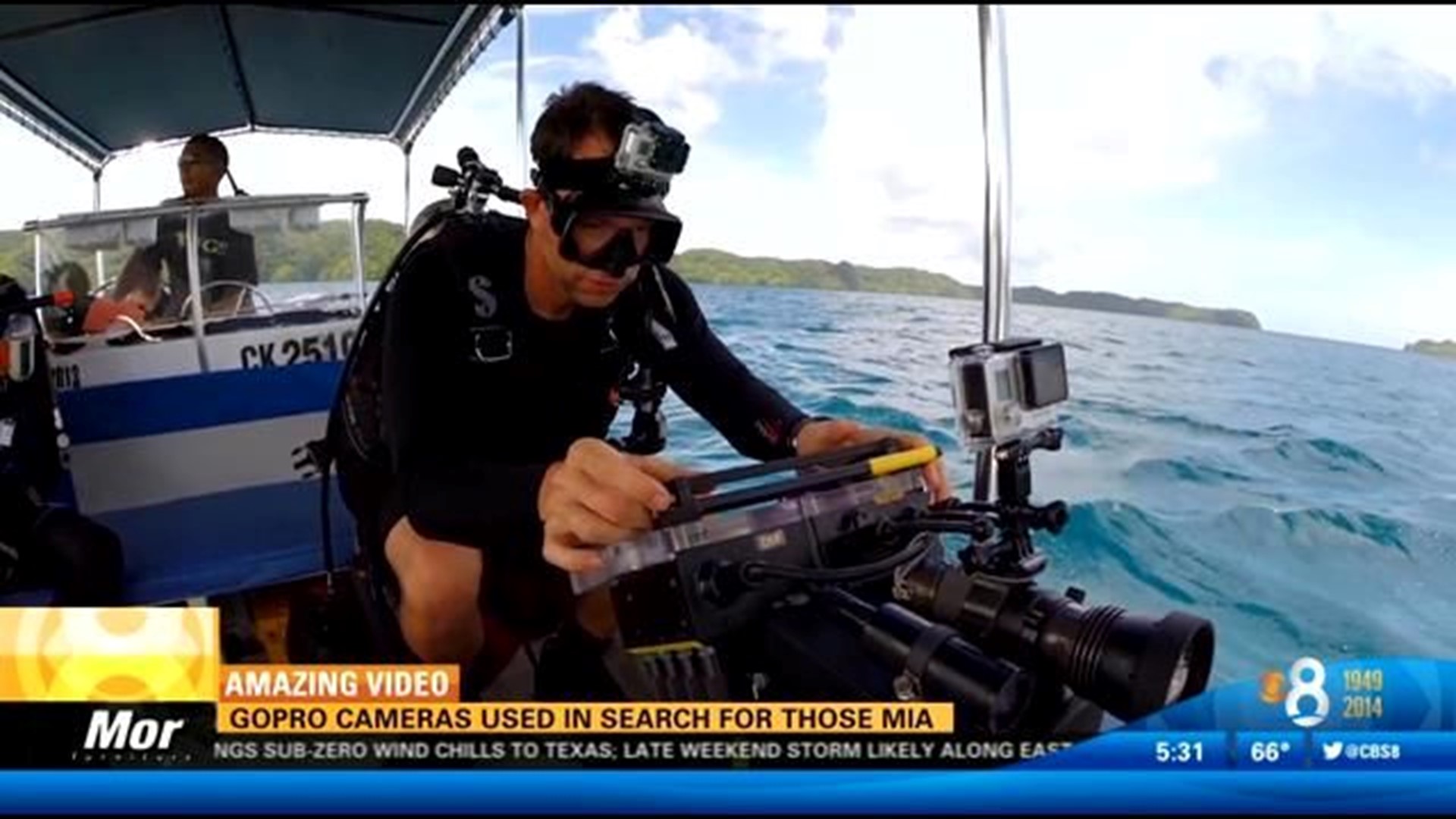 SAN DIEGO (CBS 8) - GoPro cameras are now helping to find downed U.S. warplanes hidden underwater for decades. It's a major breakthrough in finding missing U.S. soldiers who were shot down over the southern Pacific Ocean during World War II.

One of World War II's bloodiest battles was fought on the island of Peleliu. Perhaps as many as 80 U.S. airmen are still missing today around the group of islands known as Palau.

Eric Terrill with the Scripps Institution of Oceanography is hoping to change that. Terrill and several of his colleagues have teamed up with the nonprofit group Bentprop Project to find U.S. warplanes hidden underwater for 70 years.

"The underwater robot essentially is mowing the lawn. It's moving back and forth. It has a sonar on each side, scanning the sea bed," Terrill explained.

Using historical information to narrow their search areas, the crew targeted a spot that showed something unusual.

"It was clearly aviation. It looked like the vertical stabilizer of the Avenger," Terrill said.

Terrill swam ahead with sonar, and found an even bigger piece of the plane.

"Two of our guys are still on board that aircraft," he said.

He quickly called over his fellow divers, including BentProp's founder Dr. Pat Scannon, so they could all share in the amazing moment.

"When I touch the aluminum of the fuselage, the emotions start flooding in. Tears came to my eyes," he said.

The underwater crew has found two planes so far, which have been turned over to authorities who will recover the bodies and notify next of kin.

We showed the historical find to three vets, including two who flew in World War II.

"That will mean a lot to the family," one veteran said.

"I think it's wonderful. I think all of these MIAs deserve closure, and this does give closure," another veteran said.

Answers buried at the bottom of the ocean for decades found with tenacity and technology, finally coming to the surface.

"Very pleased to know that you've hopefully contributed something positive back to these families, even if it's 70 years later," Terrill said.