The approximately 12-foot shark was far offshore and not interacting with anyone. 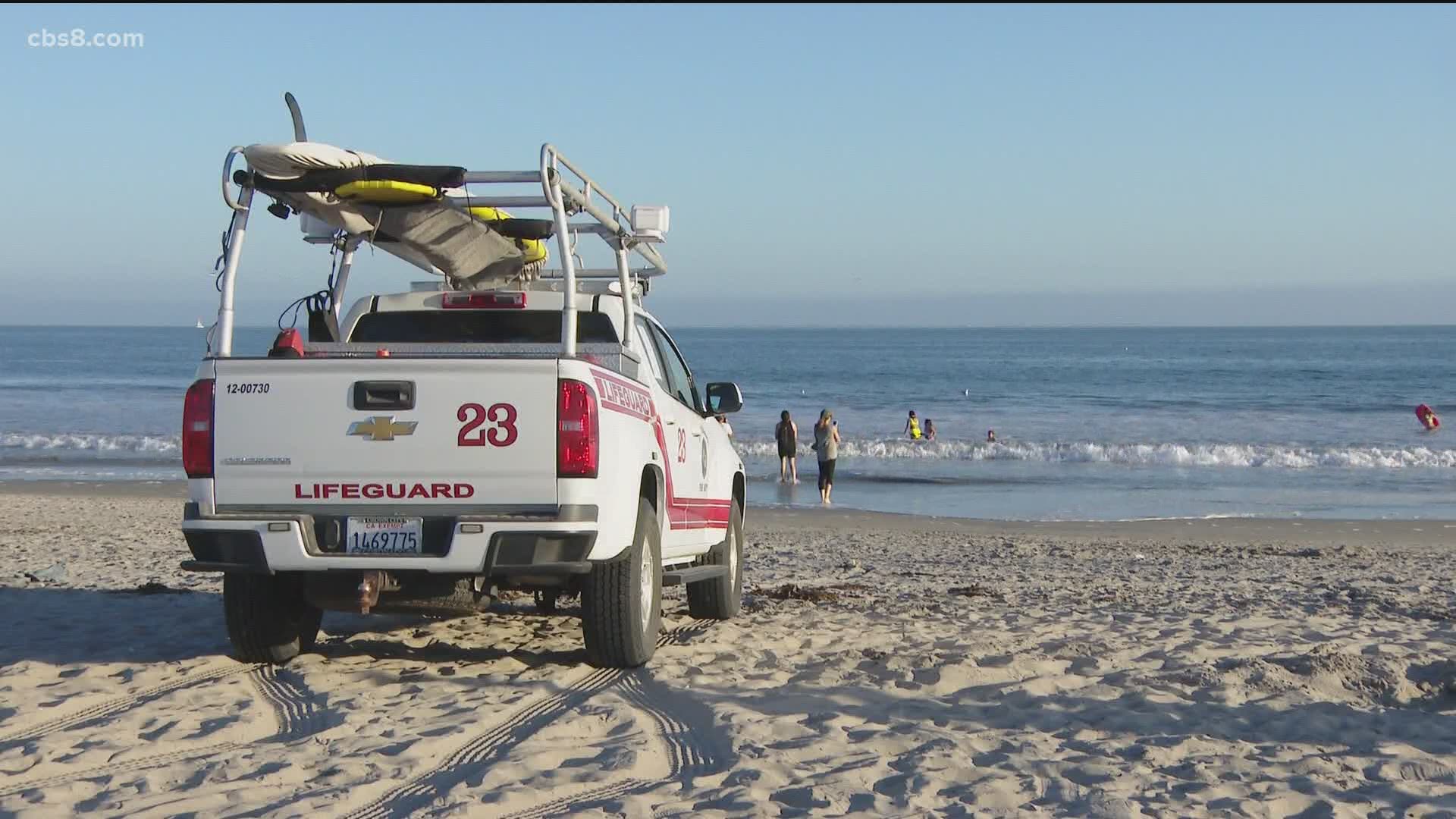 Warning signs have been posted at the beach, but the area was not closed because according to lifeguards, the approximately 12-foot shark was far offshore near North Beach and not interacting with anyone.

"The lifeguard was out on a paddle board about 100 yards from the shoreline, just past the surf in 6 to 8 feet of water, just before 2 p.m. when he saw the shark appear next to him. It was larger than his 11-foot paddle board," the Coronado Police Department wrote in a Facebook post.

Families say they won't go out that far but still on alert, "We don't go deep enough to be affected by the size of the shark ," said Brad Anderson.

Lifeguards encourage anyone who spots a shark in the water to stay as calm as you can, move slowly back to shore or a boat and do not thrash your arms or legs.

Abbie Alford
Did you see the Fairgrounds launched a site to save the Del Mar fair... grounds. They say although the Fairgrounds is owned by the State of California and run by the 22nd District Agricultural Association, all of its operations are entirely self-funded. Postponed, cancellations, of events over 3+ months funding has been depleted.

Chopper 8 is over Coronado's north beach area where a mature white shark was spotted Tuesday.