Gun show returns to Del Mar, and so do protesters & supporters

"We're here to welcome the gun show to San Diego," said one man. Well, so were protesters. 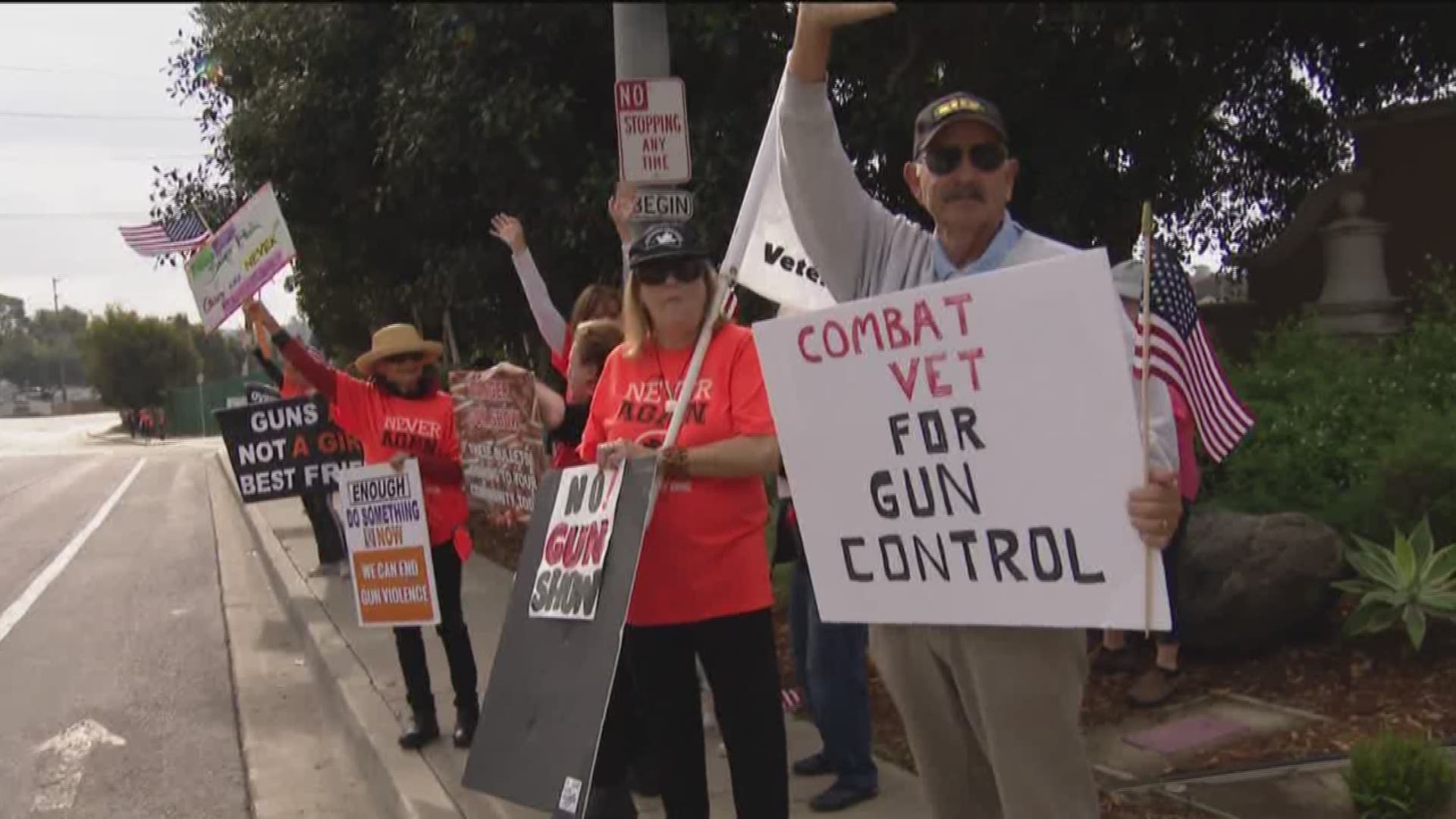 The gun show returned to Del Mar this weekend. It's the first event for Crossroads of the West since Governor Gavin Newsom signed a law banning the shows at the fairgrounds in 2021.

Groups both for and against the Crossroads of the West gun show came to Del Mar on Saturday.

“The proliferation of guns in our community is what’s leading to the high death rate from guns,” said Ira Sharp of Never Again California.

"They’ve taken on this attitude of blaming sane, trained, law-abiding gun owners for crimes they're not involved in at all,” said Michael Schwartz of the San Diego Gun Owners PAC.

“I think many policies they're proposing are so extreme [that] it’s a violation of the second amendment,” said Schwartz.

“This doesn’t interfere with anyone's rights to buy a gun or ammunition,” said Ira. “It stops the sales from occurring on state-owned property.”

A judge ruled the shows can continue as it makes its way through the courts.

Crossroads says they are still figuring out how to proceed if the lawsuit against the state is unsuccessful.

“We’ve been in business for so long,” said Tracy Olcott of Crossroads of the West. “We're not a problem. We're here to educate and help people understand the proper use of firearms.”