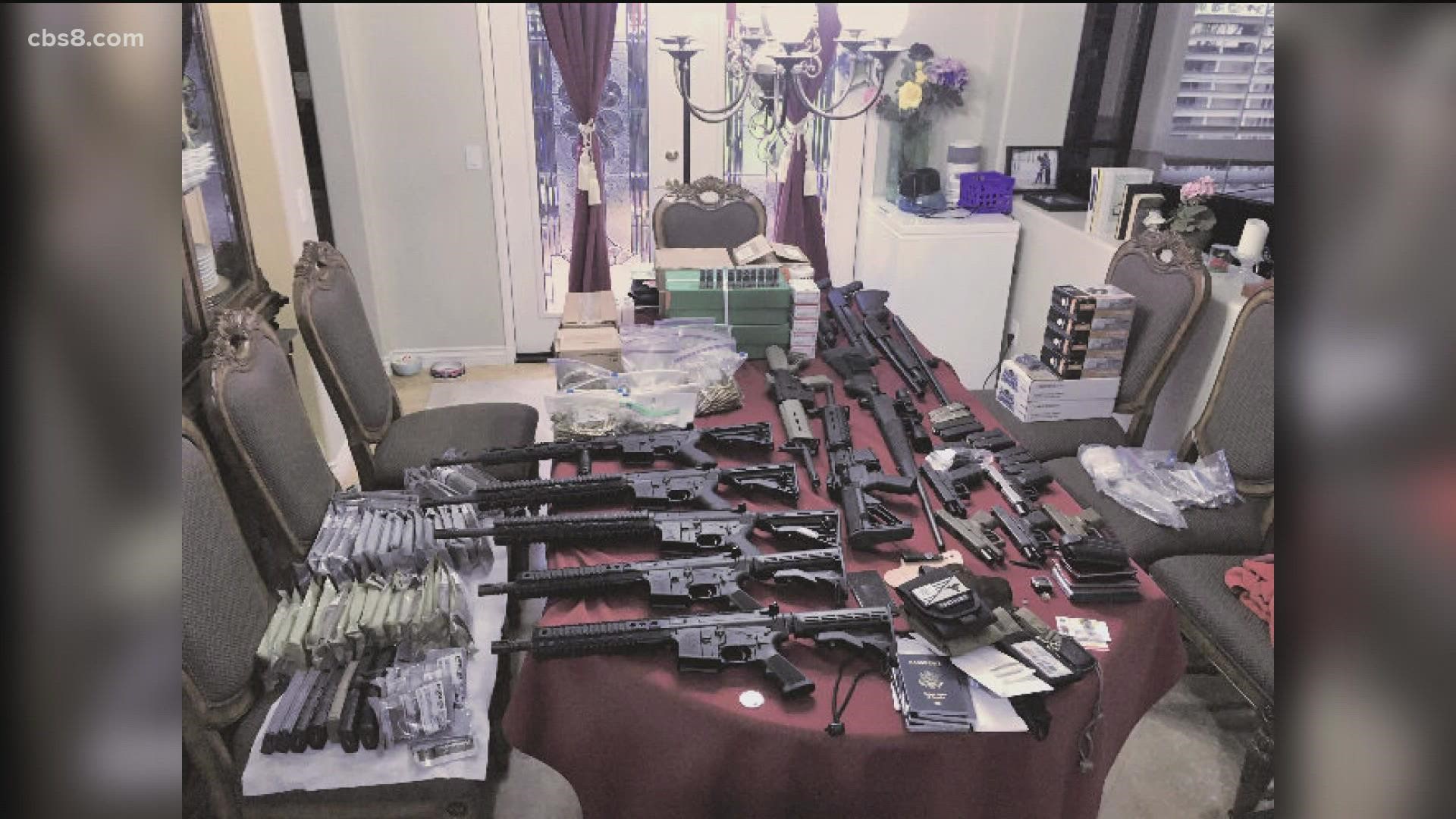 SAN DIEGO COUNTY, Calif. — A temporary gun violence restraining order (GVRO) filed against the husband of missing mother Maya Millete will remain in place for at least another three months.

Larry Millete is fighting in civil court to get his guns back, but on Tuesday morning his attorney agreed to continue the hearing until December 1.

The continuance was stipulated, meaning both sides agreed to extend the temporary gun violence restraining order until the next hearing.

The temporary GVRO was served on the husband on May 7 and the hearing to make the order final in June previously had been continued.

Exactly why Millete would agree to another delay in the case remains unclear because, as of Tuesday afternoon, the plaintiff’s motion arguing for a continuance still was not publicly available.

We do know the husband wants his guns returned, after police seized the firearms on May 7, citing a risk to the community and his three children.

In July, News 8 went to court to get records in the case unsealed, including a photo showing Millete's 4-year-old son standing on a kitchen table surrounded by his father's firearms. Larry Millete claimed in court papers the guns were not loaded.

“The gun violence restraining order that was issued in this case will be reissued and extended until that date, December 1,” said San Diego County Superior Court Judge Anthony Campagna ruled during Tuesday's hearing.

The court records unsealed in July also revealed that Larry Millete was a person of interest in his wife’s January 7 disappearance, though he has denied any involvement.

The San Diego City Attorney is asking the court to extend the temporary GVRO against Millete for up to one year. By the time the next hearing date comes around in December, it will have been seven months since police first confiscated the husband’s guns.

The city attorney claimed in court records that some of the guns confiscated from the Millete home were illegal assault rifles. Larry Millete filed a declaration claiming the weapons were legal.

The initial continuance in the GVRO case was due to the city attorney needing more time to investigate the history of the husband’s weapons, according to an earlier motion for continuance recently made public.

Editor's update:  The City Attorney's motion to continue was posted on the San Diego County Superior Court website on September 15: