Jordan Josey says enduring the first round of the virus was one of the hardest things he's ever had to do, and he's still sick 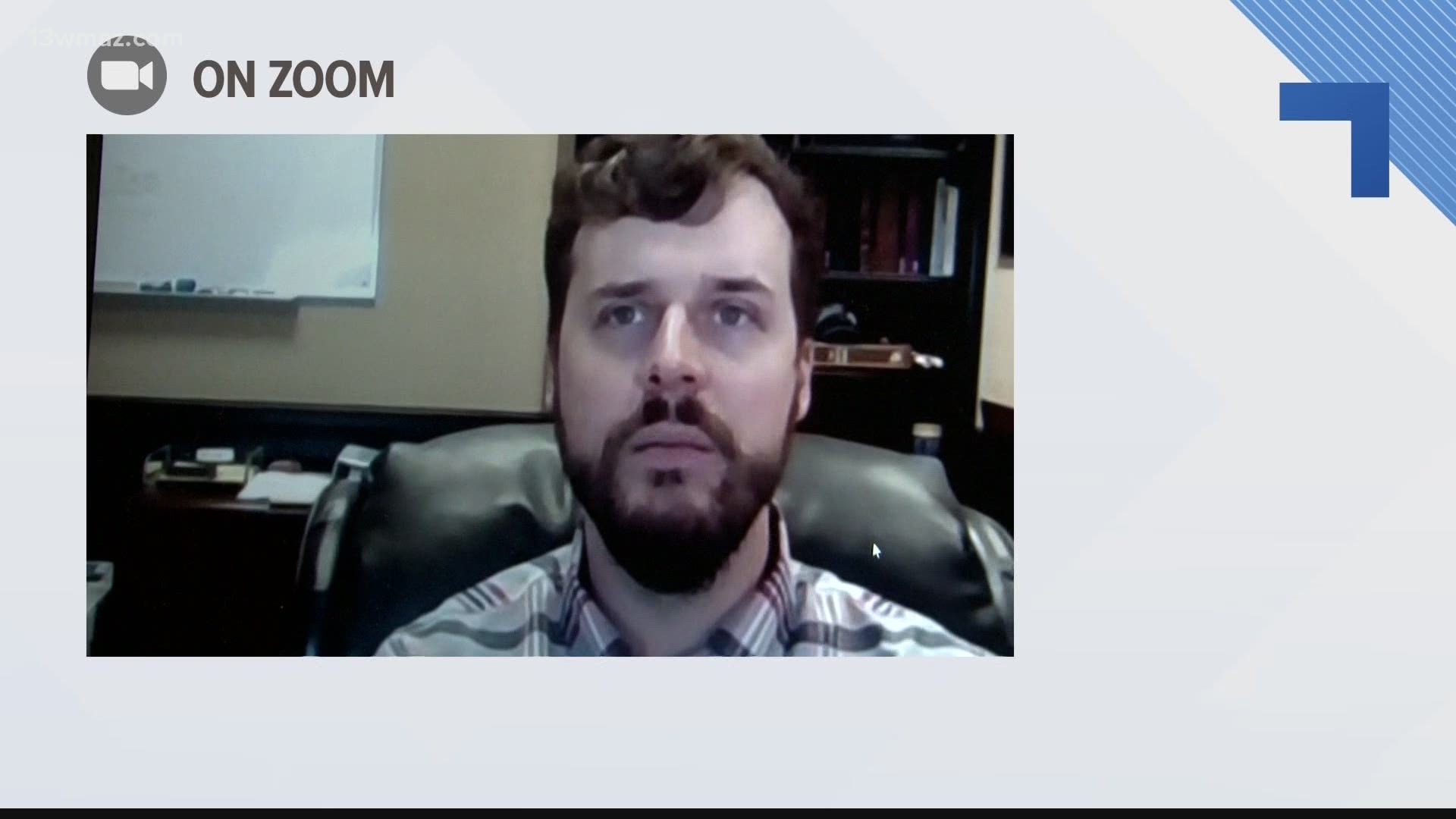 MACON, Ga. — A lot of the talk you hear around COVID-19 suggests that if you get it, you don't have to worry about it again anytime soon.

WMAZ first reported on Josey in April after he recovered from coming down with the virus in mid-March.

"My chest would hurt with every single breath and if I coughed it was like getting stabbed with a knife," Jordan explained. "It was the worst experience of my life."

The virus caused one of his lungs to collapse.

In May and the first part of June, he felt better and he eventually tested negative. With antibodies, he gave plasma and got back to playing a little tennis.

Then the unthinkable happened driving home from work.

"I just had a sudden shortness of breath and I felt like I was suffocating and I couldn't breathe, it really scared me," he said.

He went to his doctor and they initially didn't test him for COVID-19 because he had already tested negative after a bout with the virus. When they inevitably gave him a coronavirus test, it came back positive.

"I was like, 'How long is it going to last this time?' So I kinda just hung my head down and they were like, 'We're so sorry,'" he recalled.

That test came back in the beginning of July. Even though he had antibodies, he says doctors think COVID-19 never completely left his body and flared back up.

Josey admits that round two isn't as bad as round one, but it's by no means a cake walk.

"It's the uncertainty of my condition. It's just starting to wear me down," he admitted.

Down the road he has an appointment with a specialist because some of his blood work is off and he still has yet to test negative.

With all of this happening, Josey pleads with people to wear a mask. He says there are no excuses.

"I have a hard time having sympathy for people that say it's inconvenient. My life right now is inconvenient," he said.

The World Health Organization says there is absolutely no guarantee or evidence that if you get the novel coronavirus that you won't get it again.

If you've recovered from COVID-19, the Red Cross wants your plasma

'If I coughed, it was like getting stabbed with a knife': 28-year-old Macon man recovers from COVID-19, urges people to take seriously