The helicopter was returning to El Cajon after a flight when it had trouble landing on a platform. 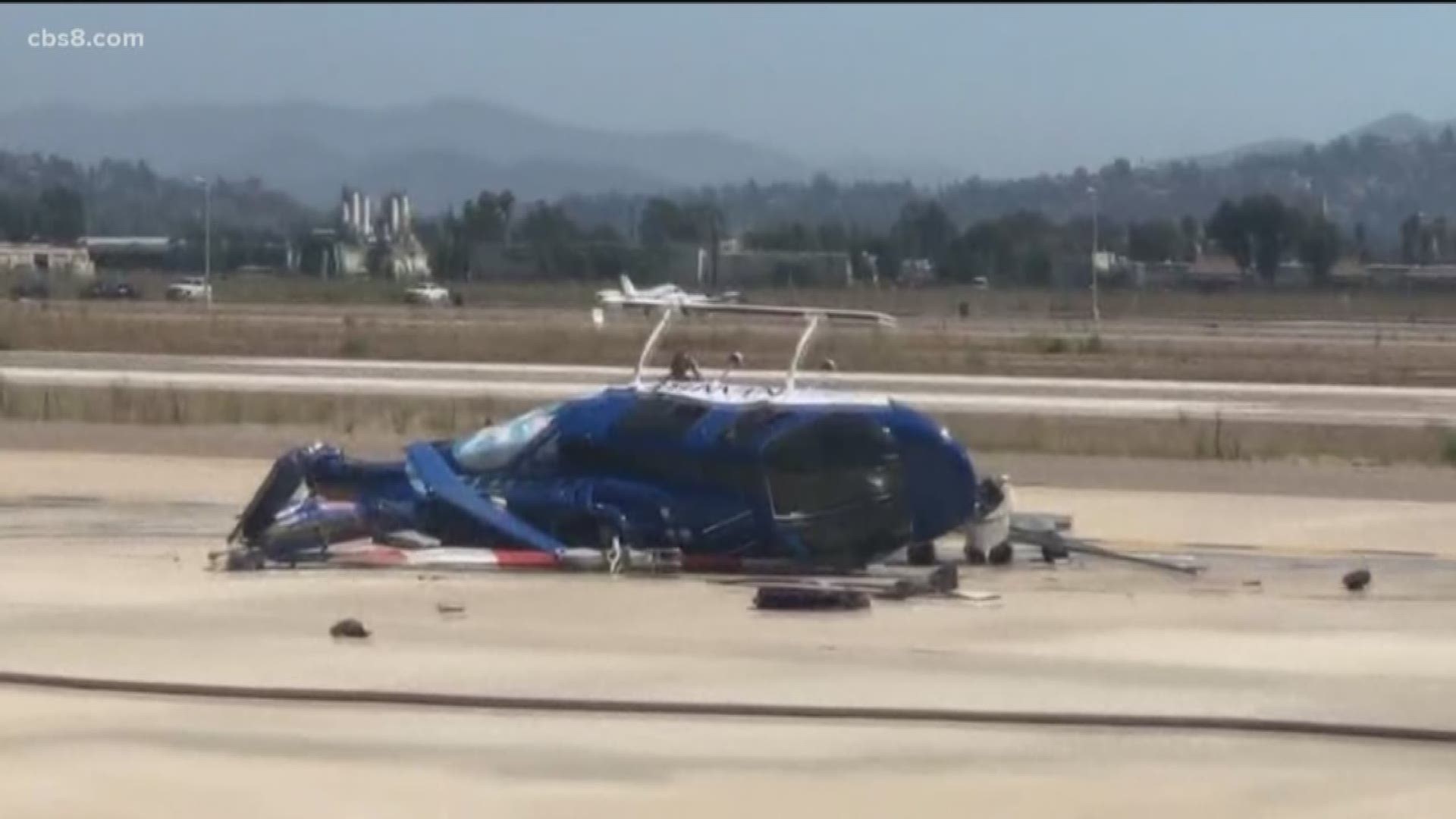 EL CAJON, Calif. — The news helicopter used by News 8 and other San Diego-based media outlets was returning from a routine flight Tuesday afternoon when it had difficulty with its landing.

The incident was reported at 2:09 p.m. on Tuesday, after the helicopter landed and tipped on its side at Gillespie Field, according to the Santee Fire Department. A small fire started, which seemed to be sparked by a fuel leak. Firefighters were on scene at 2:15 p.m. and were able to extinguish the fire quickly. A HAZMAT team was called in to help assist with the fuel leak and clean up.

According to a witness on the scene, "there was a small fire, but that was extinguished, and the pilot was fine and being checked out and appeared to be okay."

The witness also said that it appeared that everyone was able to get out of the helicopter when she arrived and "for someone not to have been injured in the crash was by the grace of god."

Helicopter reporter Jo Eager was identified as one of the two individuals on the chopper at the time of the crash landing. According to her colleague, Deb Henke, Eager was transported to the hospital with minor injures.

"She is doing fine," Henke wrote in a tweet.

The pilot "is fine too," Henke also wrote.

The FAA and NTSB will investigate. The NTSB is the lead agency and it typically takes the NTSB a year or more to determine a probable cause of an accident.

The helicopter, referred to as "Chopper 8" by KFMB, is branded with the News 8 logo on its sides and is operated by a third party. Its video feeds are shared by multiple media outlets in San Diego. Although the chopper pilot and Joe Eager are not employees of KFMB, our thoughts are with them. 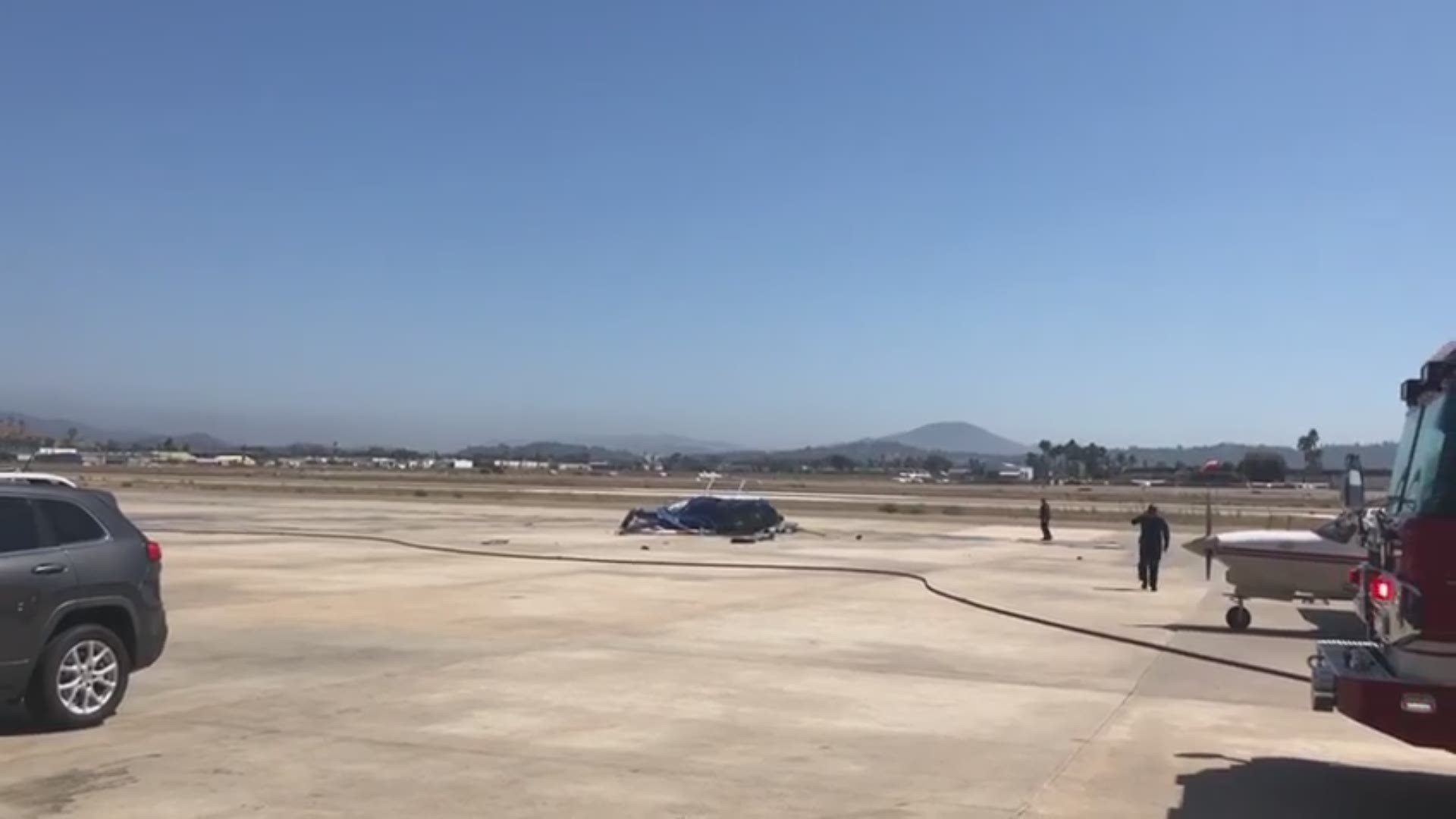