A La Mesa business is now one step closer to re-opening after a fire and looting following riots on May 30 devastated the store. Volunteers are helping do repairs 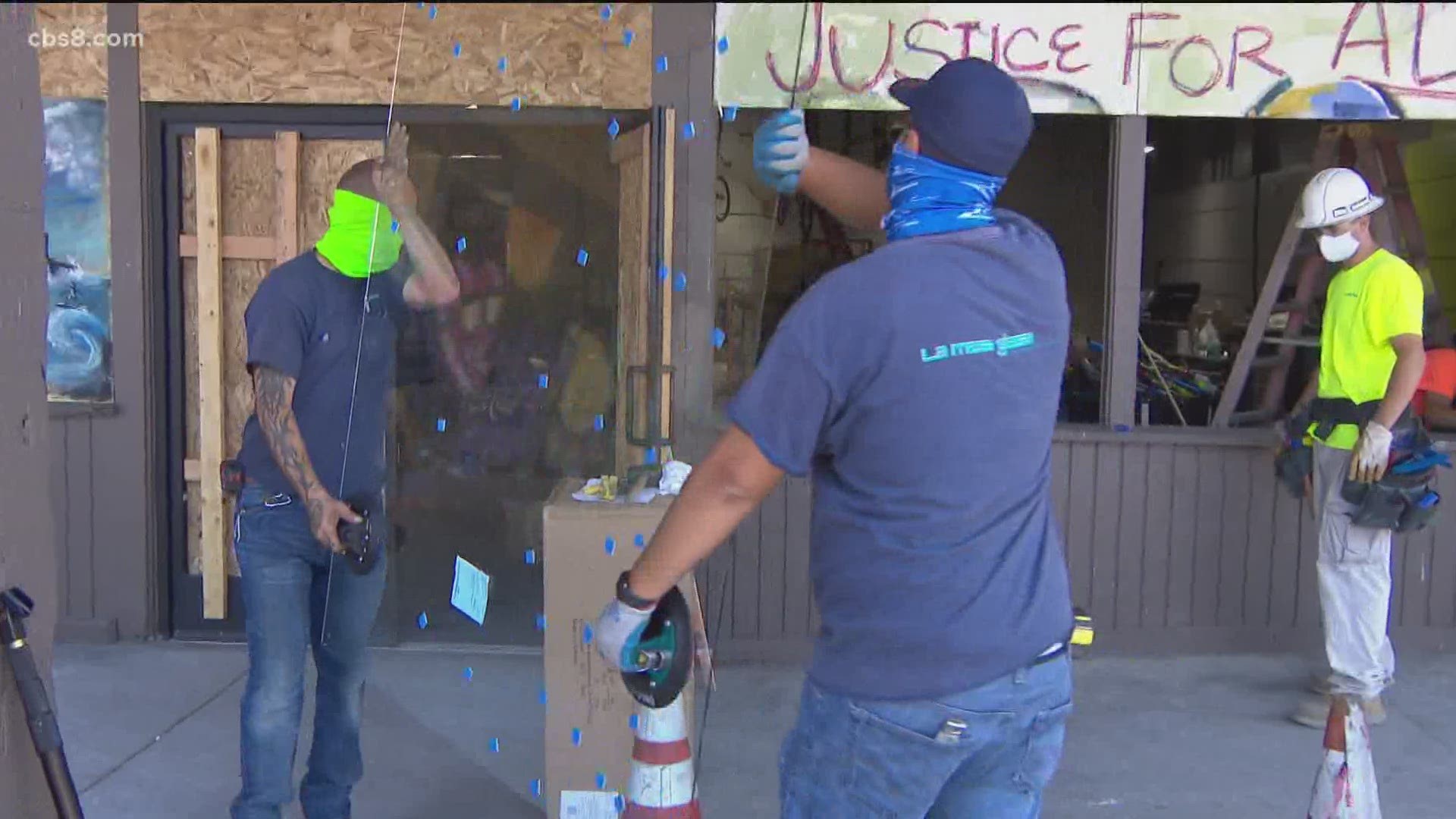 LA MESA, Calif. — Broken glass from shattered windows was cleared to make way for repairs at Play it Again Sports on University Avenue in La Mesa on Thursday.

"It's pretty much all hands on deck to get it done,” said Ian Goodman, a La Mesa Glass journeyman glazier.

The new and used sporting goods store was badly looted following rioting in La Mesa on May 30. A fire inside the store caused smoke damage and set the sprinklers running for hours, which devastated the building.

"Smoke was coming out of the windows, and it was just a madhouse, just a scene of running around,” said Dan Buxton, owner of Play It Again Sports in La Mesa.

Buxton said the devastation is costing the store tens of thousands of dollars.

“We put everything into this store, and we just opened less than a year ago, so I mean, it was a pretty bad feeling thinking that all of our life savings that we had put into it was just burning up right in front of us,” Buxton said.

Buxton said he forgave the looter and didn't report him to police, but authorities do have all his surveillance video to determine who started the fire.

“We have to repaint parts of the store, we have to clean all the walls, we have to repair damage to the ceiling, fix the drywall, all our computers were damaged, salvage what’s left of the inventory,” Buxton said.

Many repairs have to be done in order to reopen, and La Mesa volunteers have stepped up and helped clean and donate sporting equipment.

“Folks showed up in the parking lot on day one, and it's been people helping for the past 10 days since then," he said.

“Really nice that the owner of La Mesa Glass was willing to you know put forth the time and the effort to help this community," said Goodman.

The owner of Play It Again said he's blown away by all the support, and hopes it continues for all in need.

“I hope that everyone feels included in this community, and I know that there's a lot of people who aren't feeling that way, and we need to do better as a whole for all of us," Buxton said.

All the store windows and doors are to be replaced by Friday, and Play It Again Sports hopes to be up and running within the next two weeks.