Here's what Mission Valley's new River Park could look like

The old stadium parking lot in Mission Valley is getting quite a makeover. 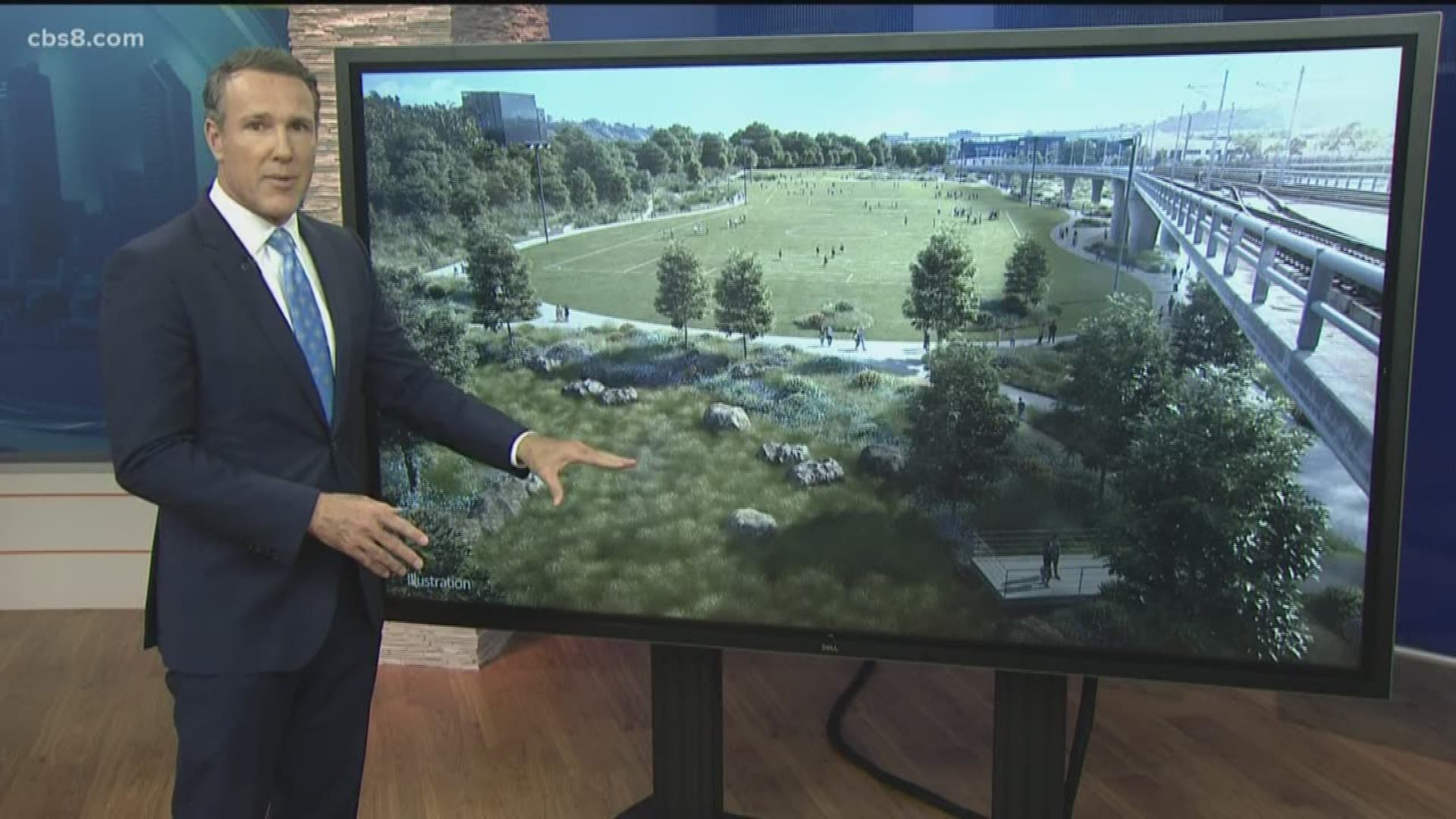 The stadium is the first facility slated for construction at the university's proposed new campus at the site of SDCCU Stadium, the former home of the San Diego Chargers and Padres.

The environmental impact report is available here, along with the public comment letters and detailed responses. The California State University Board of Trustees will consider certifying the EIR at their Jan. 28-29 meeting in Long Beach.

SDSU President Adela de la Torre thanked "all of those who took the time to learn more about our project and provide valuable input" on the EIR.

"We've found creative ways to ensure our new campus is both environmentally sound and better connected to our existing campus and the surrounding communities," de la Torre said.

According to SDSU, the river park will feature:

-- The elimination of "Street I" adjacent to Murphy Canyon Creek and realignment of Street H to more directly to connect Rancho Mission Road to the project, as a way to reduce constraints on wildlife, provide an enhanced passive park buffer along Murphy Canyon Creek and better connect the River Park to surrounding neighborhoods.

-- An expanded trolley plaza to provide enhanced access to the River Park amenities, including bus service.

-- An educational platform with viewing stations for the natural and riparian habitat.

Along with an LEED Gold-certified new stadium, other sustainability features are:

-- All non-stadium buildings will have electric heating, ventilation and cooling systems and water heating systems, limiting the use of natural gas throughout the project; and no fireplaces in the residential units.

-- "Purple pipe" to be installed in all streets with landscaping and stubbed to all parks, recreation and open space areas to allow for the future connection to a municipal reclaimed water system and used for irrigation purposes to reduce potable water usage.

Last month, SDSU received a $15 million donation from philanthropist Dianne Bashor toward construction of a new stadium as part of SDSU's planned expansion into Mission Valley.

In November, the City Council unanimously voted to move forward with the university's offer of $86.2 million to purchase and redevelop the SDCCU Stadium site, directing the city's negotiators to continue drafting a formal transaction document with the goal of approving it by January and closing escrow by the end of March.

Landscape architect Schmidt Design Group released new renderings of what the new River Park could look like this week.

Use the scroller in each picture to see the transition from existing conditions to the proposed renderings.

The stadium lot underneath the trolley tracks will be converted into what's described as a "ribbon of shade" with a basketball court and picnic area.

There will also be a wide-open space for a soccer field.

A parking lot facing Interstate 8 is set to become a natural path running adjacent to Murphy Canyon Creek with a hike path that loops around Mission Valley.

The stadium parking lot facing south towards the trolley line will become a new street that curves south from Rancho Mission Road. The bridge will allow people and wildlife to cross underneath.