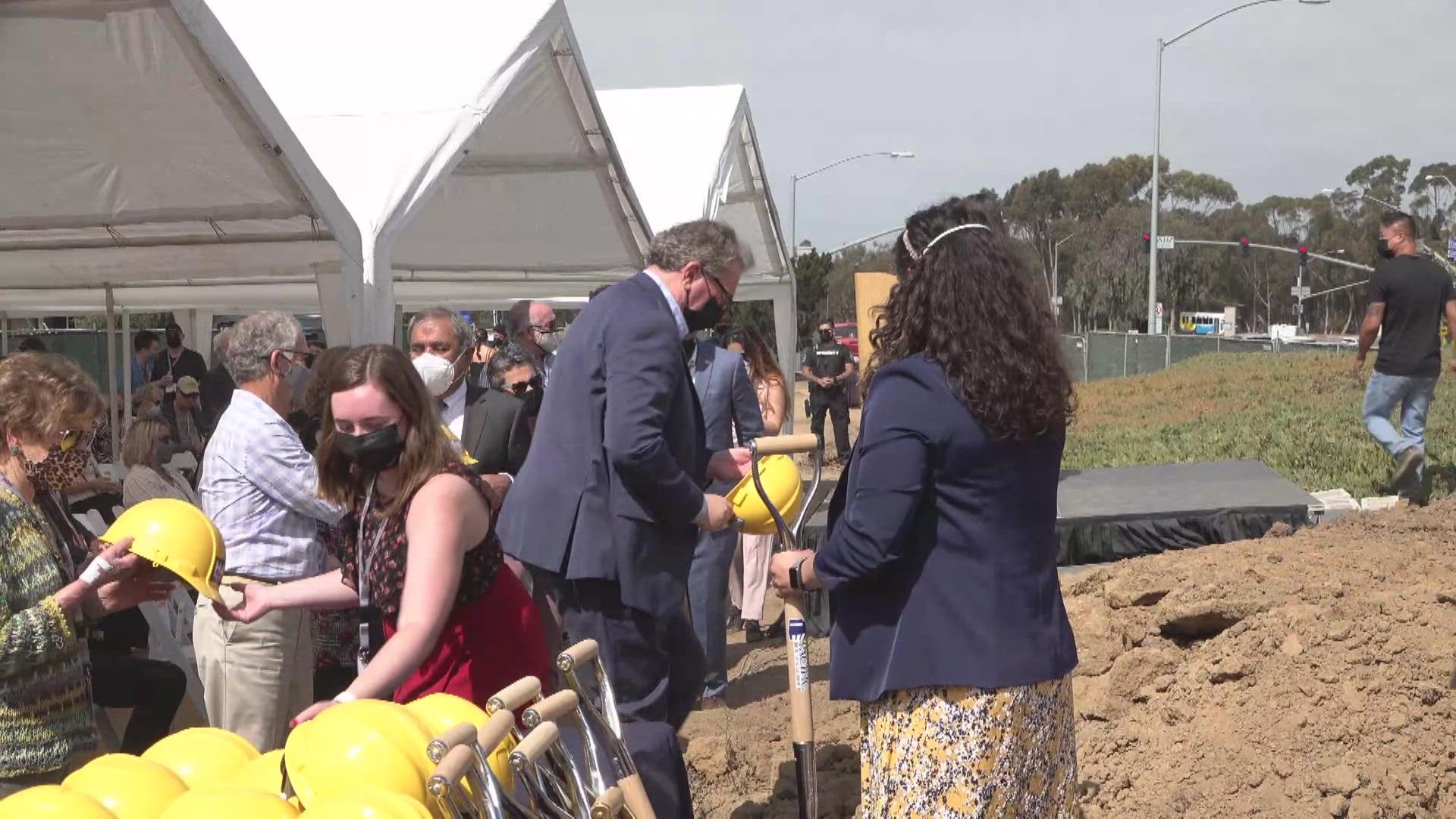 "When I first got here, this was the first group that came to me looking for support to build this, and I could not be more thankful that they came to me and I couldn’t be more glad that we were able to do something,” said University of California San Diego Chancellor Pradeep Khosla.

Right now, it’s just a dirt lot. However, the just-under one acre of land is scheduled to look a lot different in about a year. It will feature three buildings, a courtyard, and a community park. Hillel already has a building near campus that acts as a Jewish community center but is looking for more space.

"We operate out of a really small building,” said Motenko. “We have Shabbat dinners that are spilling into the hallways because we don’t have enough space. We don’t have someone to greet them when they come in. This is going to be a landmark.”

Neighbors argued the center should be built elsewhere. Taxpayers for Responsible Land Use, a La Jolla group, filed a lawsuit in 2006. It argued that the project would eliminate parking spaces and contribute to more traffic in an already urban area. News 8 tried to contact the group, but its website is no longer active. The city council approved the project in 2017 and later a decision by the California Courts of Appeal finally gave the go-ahead for construction.

Hillel San Diego said this is an $18 million project.

"We’re still actively fundraising,” said Karen Parry, Executive Director of Hillel San Diego. “We have a little under $4 million to raise to close this capital campaign to realize this dream, but we’re really optimistic.”

Hillel said it bought the land from the city of San Diego. Even though the center isn’t technically on UCSD’S campus, Hillel hopes the future building will be a place for Jewish students to find a home away from home.

"I think this is what’s going to put UC San Diego on the map for Jewish life,” said Motenko. “We will be known for building a name for ourselves in the Jewish world.”

"I think that it will help us strengthen our relationships with our Jewish students and also help recruit a more diverse student body,” said Khosla.