The history behind Mexican Independence Day

Mexican Independence Day is officially recognized on Sept. 16, but the celebrations actually start the night before. 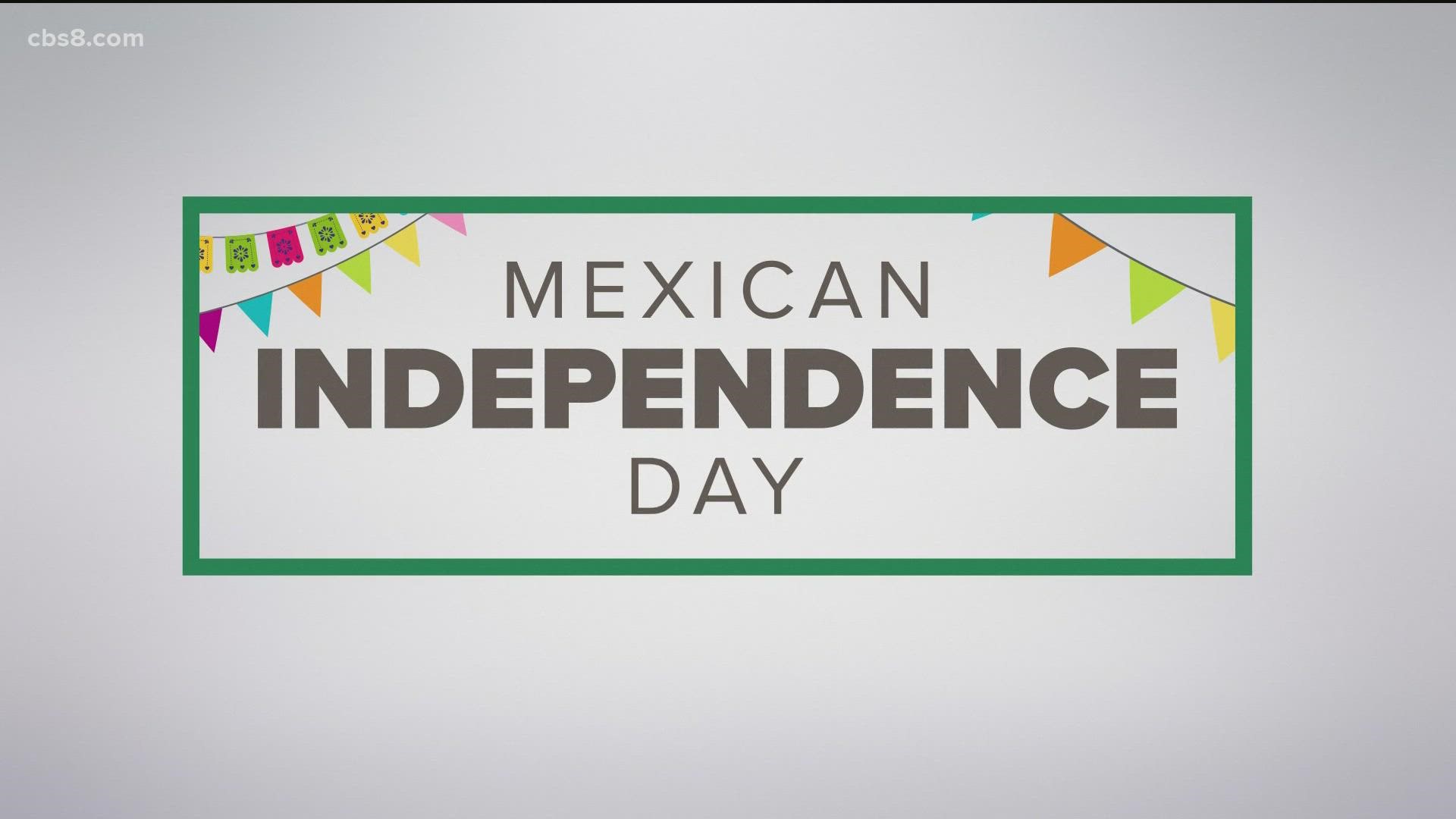 SAN DIEGO COUNTY, Calif. — On Sept. 15, it marks the start of Hispanic Heritage Month, which coincides with a number of Independence Day celebrations for Central American countries including El Salvador, Honduras, Guatemala, and others.

“It was a moment in our heritage where our autonomy and the beauty of our culture was named, where it became a part of us,” said Dr. Ramona Perez, Director of the Center for Latin-American Studies at SDSU.

Sept. 16, 1810, marks the day Father Miguel Hidalgo y Costilla issued the “grito,” or call for an end to Spanish rule to those who had gathered in the “zocalo,” or central plaza.

“He had great influence,” said Dr. Perez. “And so when he comes and basically tells the community, ‘Let’s go, let’s start to declare that we are an autonomous people. We are an independent people,’ it had great meaning.”

It took over a decade of confrontation and war before Mexican independence from Spain finally became a reality in 1821, after 300 years of Spain’s control of the region.

“That decade was a time of fighting,” said Dr. Perez. “There were many, many battles.”

Celebrations start on the eve of September 15th and continue through dawn the next morning.

“You’ll have fireworks, you’ll have parties,” said Dr. Perez. “The neighborhoods and you get the people together, and the momentum starts to build that night.”

It’s tradition for government officials to give the “grito,” or to make the call for independence as Father Hidalgo did over 200 years ago.

“The leaders go into these public buildings, they go up on the balconies, and they do the ‘Viva Mexico’ call,” said Dr. Perez.

She said that El Dia de la Independencia carries vast importance for Mexican culture on both sides of the border.

“It’s also an important way for Mexicans in Mexico and in the United States to understand themselves as part of a powerful and important country,” said Dr. Perez.

She said it’s a sacred time when people come together to celebrate the notion that people and communities can drive their own destinies, an idea Father Hidalgo embodied when he stood in the plaza and made the call for independence.