Monday marks the 75th anniversary of the liberation of the largest Nazi death camp. 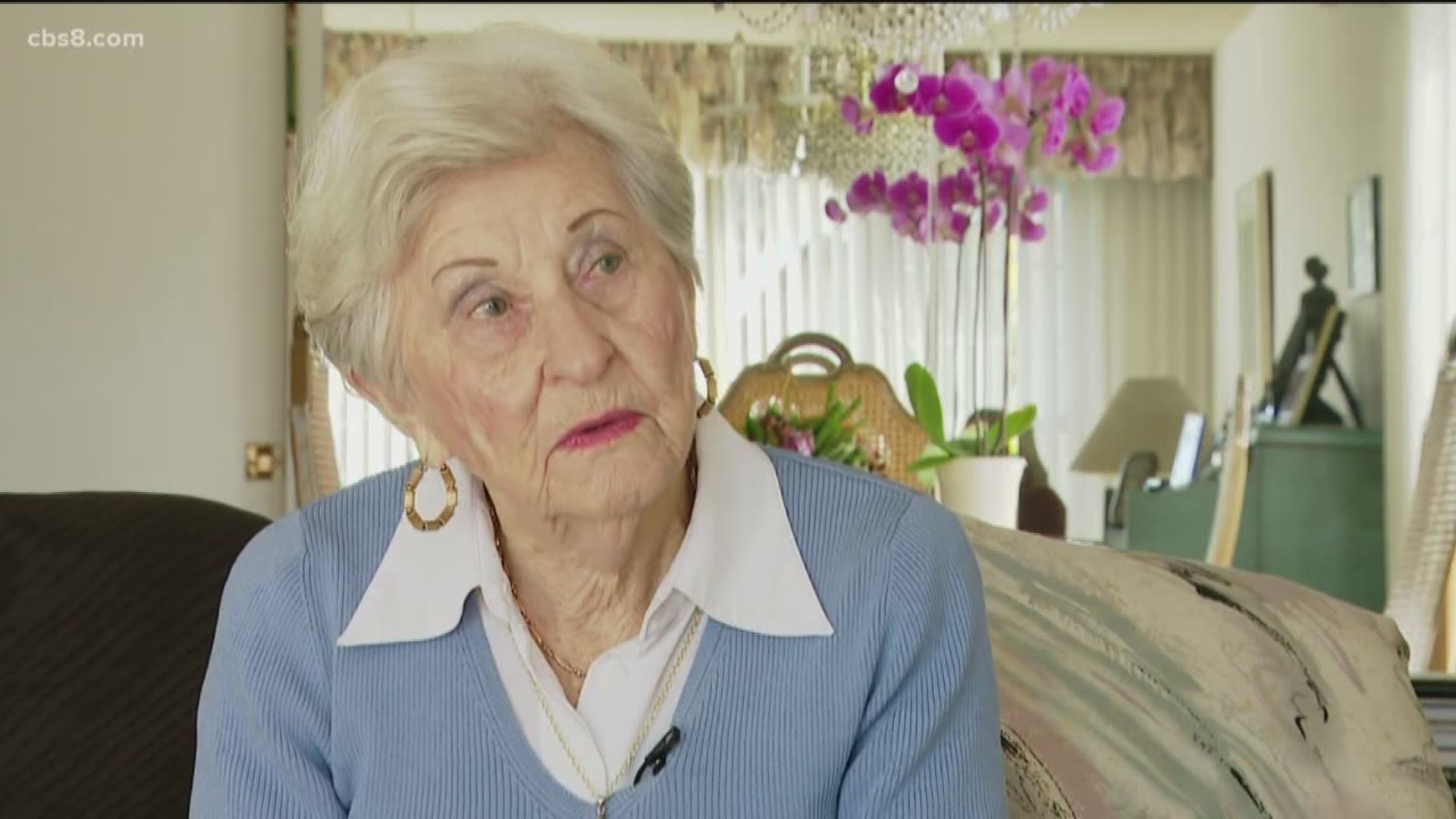 SAN DIEGO — Seventy-five years after the liberation of the largest Nazi death camp, survivors of the Holocaust urge the world to never forget what happened there.

"It's unbelievable what happened to us," said Rose Schindler.

She was 14 years old when her family was taken to Auschwitz. She's now 90 years old, yet she vividly remembers the four months she spent at the death camp as a teenager.

"I see these 12-foot fences and all of these people hanging onto the electric fences," she said. "A lot didn't know it was electric. They would touch it and die within 20 seconds."

"These things never leave your mind," she added.

Her mom, dad, and five of her siblings were all killed at Auschwitz. She said her heart still aches.

"We have no gravesites for my mother, father, five sisters and brothers," she said.

Monday marked the 75th anniversary of Auschwitz being liberated by Soviet troops. At that time, Rose had already been moved to a factory in Germany - a move that likely saved her life.

Her freedom came months later, and she remembers it.

"We were waiting to be picked up. No one showed to pick us up," she said. "No one can imagine that was the happiest day of our lives at that time."

News 8 asked what she wants the world to know on this anniversary.

"I want the world to know what they did to us so it doesn't happen again," she said tearfully. "It's unbelievable how silent the world was while this was going on. No one tried to help us just because we were Jewish. I have a question to God 'Where were you when this was going on?'"

RELATED: Holocaust survivor recalls the lie that saved her life at Auschwitz

Rose wears her father's pocket watch chain, a reminder she's fulfilling her promise to him to share their story

"My past is never out of my mind never," she said.

She visited Auschwitz back in 2015 for the 70th anniversary. She says it was painful. She would've gone back again this year, but couldn't to for health reasons. Instead, some of her relatives are visiting the site in her honor.

Rose wrote a book called "Two Who Survived." She regularly shares her story with high school students all over San Diego. Her next scheduled talk is Feb. 20 and is titled "An Evening with Rose Schindler." It is free to the public.