On Friday, Rose Schindler received an honorary Master's Degree while she reflected on the tragedy in Poway and the victim's of last weekend's shooting. 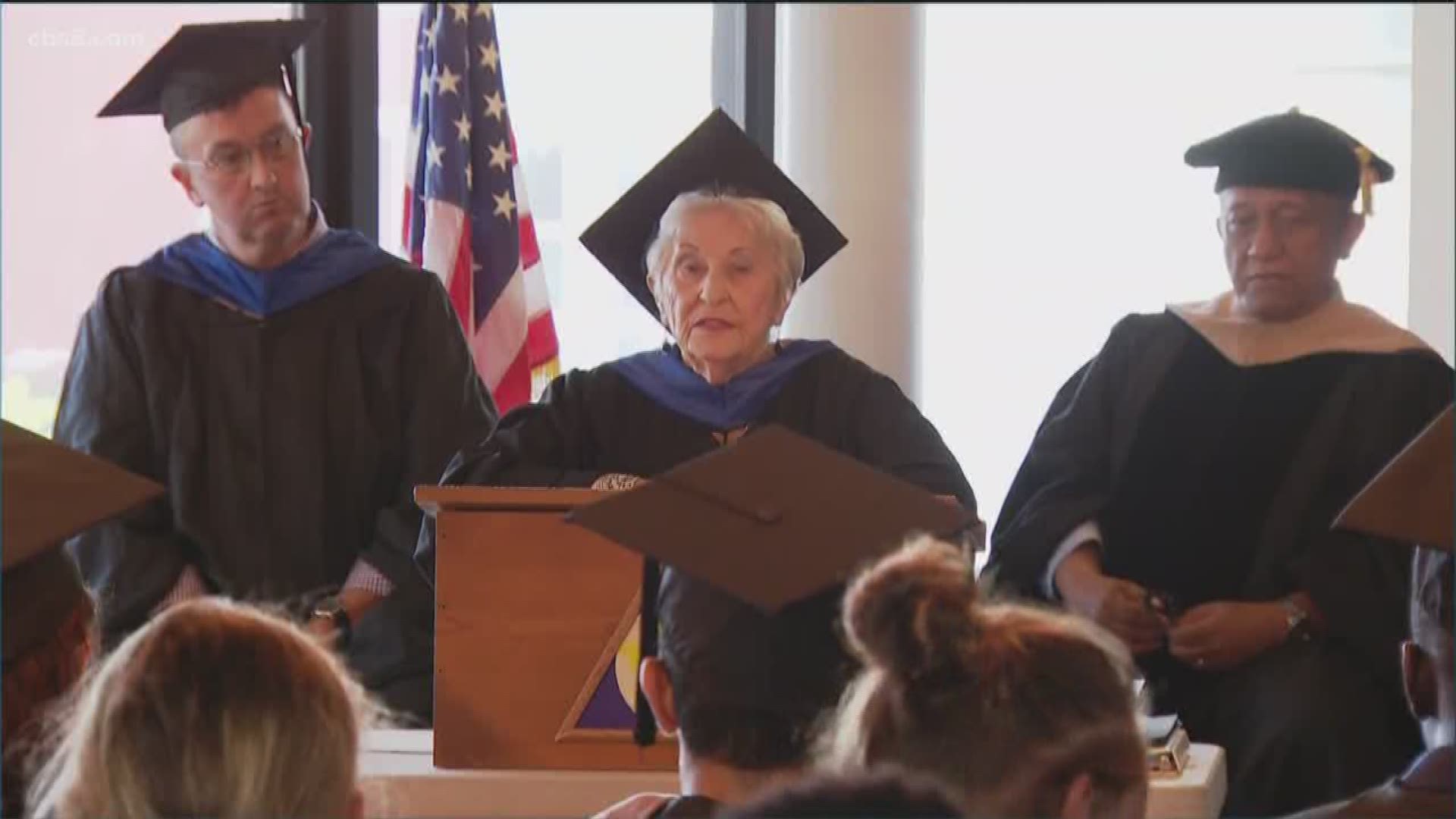 On Friday, the 89-year-old was given an honorary MBA from the California International Business University.

It was a happy way to end a heavy-hearted week following the deadly shooting at Chabad of Poway.

Mrs. Schindler has been busy since then - showing her support for the victims and community. She attended several vigils and spoke at multiple schools and community groups about what she went thorugh during her time in Auschwitz.