Non-essential cross border traffic remains restricted through at least Nov. 21 under a joint initiative between the two countries in March. 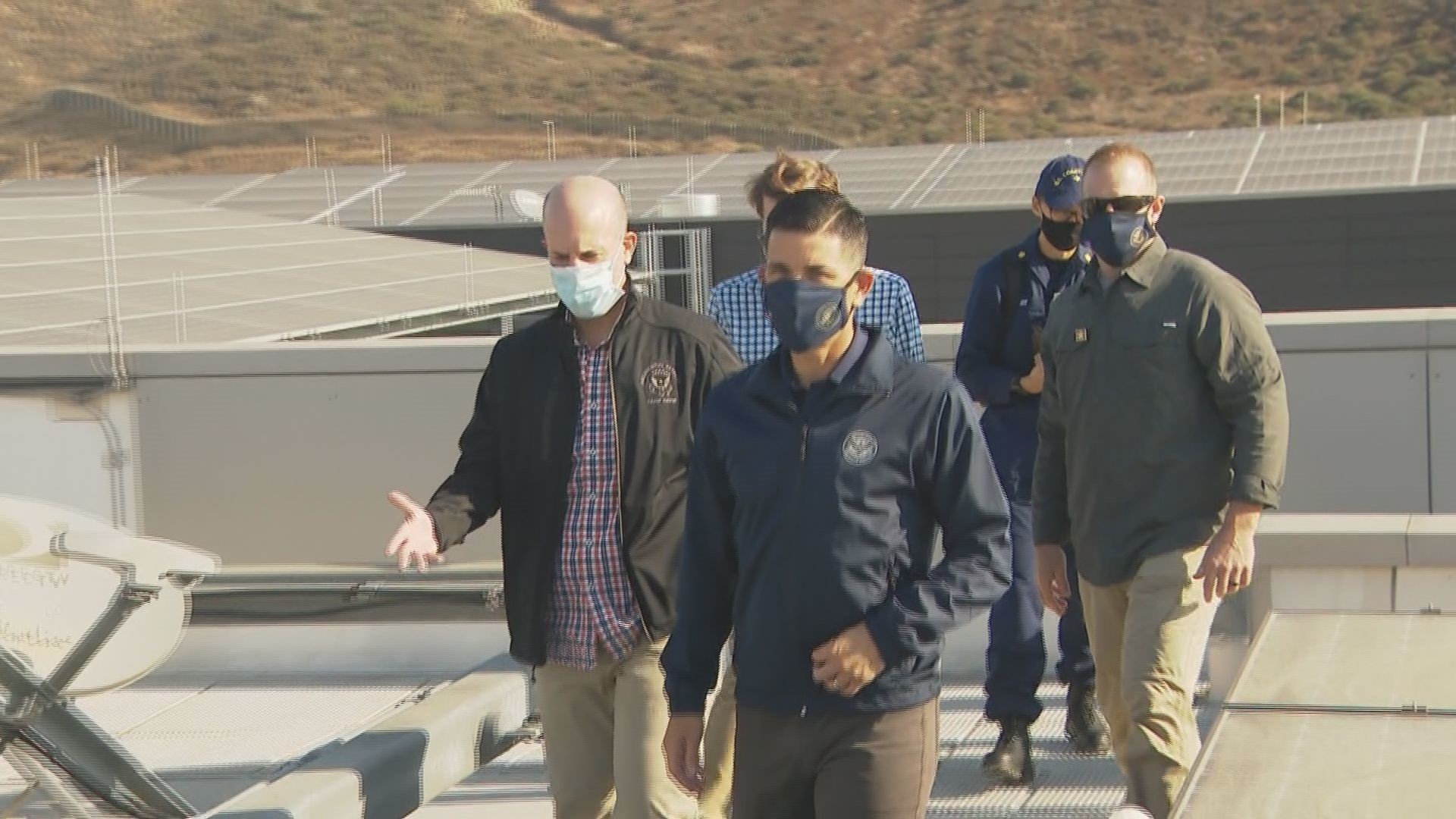 Non-essential cross border traffic, such as for recreational or tourism purposes, remains restricted through at least Nov. 21 under a joint initiative between the two countries in March. DHS estimated legal traffic across the border was down 50% at San Ysidro compared to normal volume.

“That's helping the men and women of Border Patrol and our front-line officers stay safe,” said Wolf in an interview with News 8.

The reduction in traffic allowed Customs and Border Protection and Border Patrol to reassign officers and agents to different positions, which Homeland Security said is yielding more apprehensions of people who entered the U.S. illegally and seizures of contraband.

Early in the pandemic, critics of the agency questioned the safety of detention facilities run by Immigrations and Customs Enforcement and its contractors. Al Otro Lado sued DHS to obtain medical records of detainees at several facilities, including the Otay Mesa Detention Center, which, in April, had the most COVID-19 cases of any ICE detention facility.

“Instead of being around 90 or 95% capacity, we've drawn down to 70% capacity to, again, try to allow that spacing and that's actually below the CDC guidelines. And so we're managing that but at the end of the day, we have a job to do,” said Wolf.

In a separate case, a federal judge ordered ICE to release more than 250 people on Tuesday from the Adelanto ICE Processing Center in San Bernardino County. The American Civil Liberties Union filed a lawsuit arguing it was overcrowded and detainees could not adequately distance.

“We were very much against that. At the end of the day, we're going to have to adhere to a court order, but I would say that that is not the model that we want to see. I know that's the model our critics want to see, but for these communities, for law and order to have safety, we need to make sure that we keep them in appropriate facilities. Again, making sure that they're as safe as they came can be in a COVID environment,” said Wolf. “We know what [activists'] goal is. Their goal is to have no one in detention and that's just - that's not what we're going to do. That's not our job. So, we're going to make sure that we keep dangerous people behind bars in these detention facilities while still making sure that their health is as safe as possible in this type of environment.”

In many cases, people who are caught entering the U.S. illegally from Mexico are returned within two hours to limit the time they spend in facilities. It, controversially, still returns asylum seekers to Mexico until their court appearance. Immigration hearings were suspended earlier this year because of the pandemic.

In some instances, people have gone to extreme lengths to try to enter the U.S. illegally, which increases the dangers of coronavirus.

“We're seeing an increase of individuals coming over in tractor-trailers. Obviously, you're in a very confined environment for a very specific period of time. So, you know, obviously, that concerns us,” said Wolf. “As we put in new restrictions, we know the [Transnational Criminal Organizations] and the cartels are also going to change as well.”