Yosief Abraham is on his way to Stanford and earned the Bill Gates Scholarship. 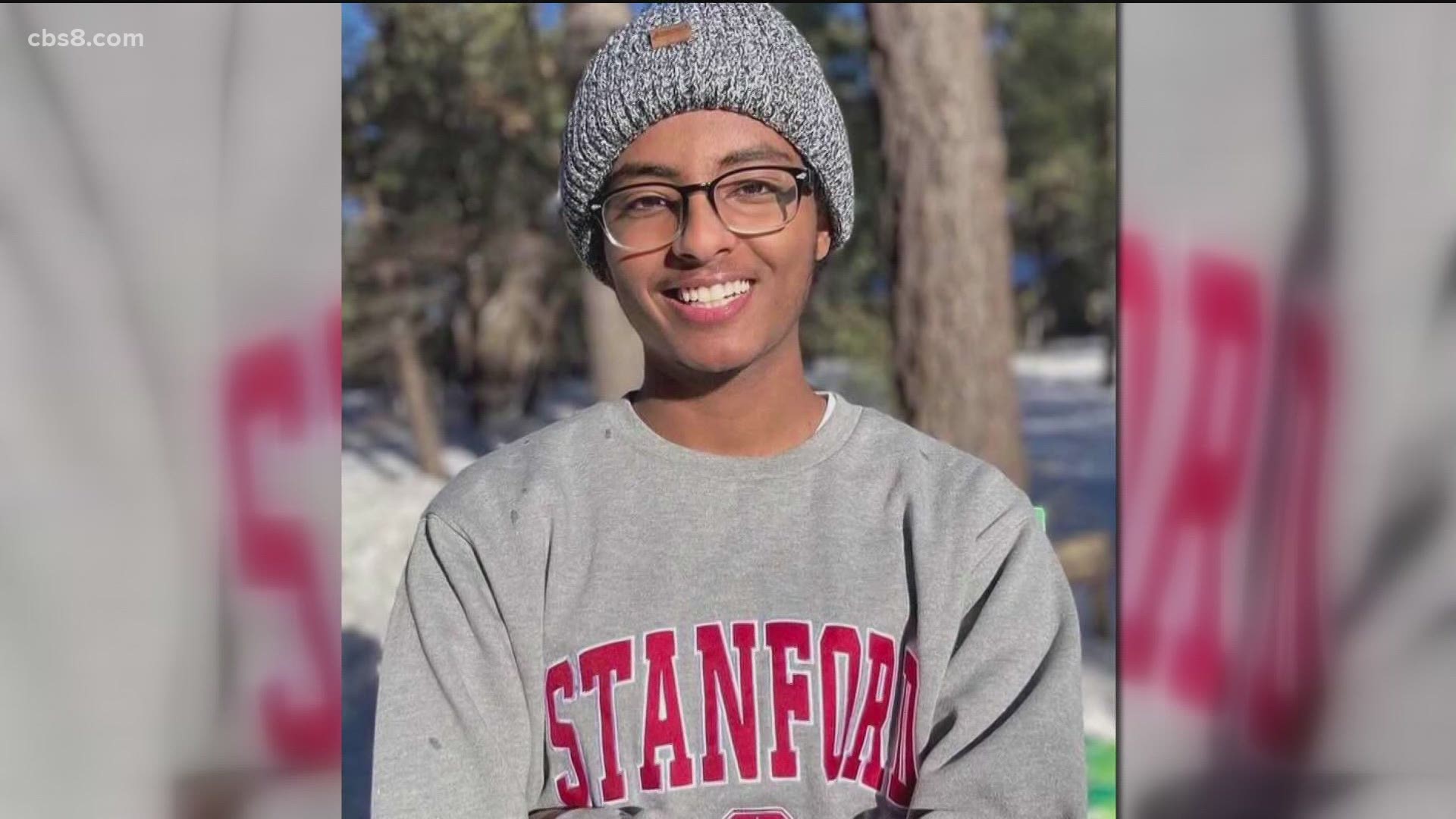 SAN DIEGO — The shock hasn’t worn off for a Hoover High School student who received a competitive scholarship to attend his dream school.

Yosief Abraham was awarded the Gates Scholarship and plans to attend Stanford in the fall where he will study environmental engineering.

The valedictorian says he’s dreamt about Stanford since he was in middle school. Four years later he received the acceptance letter.

“I was shocked for three days because I didn’t expect that all,” said Abraham.

“I wasn’t really pushing myself per se. I have a lot of supportive family, my mom and dad,” said Abraham.

“All the teachers I’ve come across, I've come across a lot of teachers, who have all been really supportive and involved in students’ lives,” said Abraham.

Despite the financial challenges, his teachers and counselors encouraged him to apply for grants including the elite Bill and Melinda Gates Scholarship.

On Tuesday, Yosief says he learned he was one out of 300 students out of 34,900 who received the scholarship as well as support and network.

“I am so blessed to be a part of that network and community as well, it's a dream come true,” said Abraham.

The Gates Scholarship says it provides last-dollar scholarships for minority, high school seniors and low-income households. Last dollar scholarships pay for the remaining amount of college costs after financial aid and resources have been awarded.

Yosief’s parents immigrated from the east African country, Eritrea.
He is a first-generation college student and is determined to study environmental engineering with a focus on water and travel infrastructure.

“If you are interested in something never doubt yourself,” said Abraham.

He says if he could tell his 3rd-grade self and all the younger students reading this, always believe in yourself.

“Don't ever sell yourself short, always put yourself out there,” said Abraham.

The Founder of First Gen Scholars says one-third of of first-generation college students do not end up graduating.

"We are a nonprofit dedicated to helping first generation high-achieving students get into and graduated from elite colleges," said Jonathan Burgos, First Gen Scholars founder.

He says two other students in their non-profit program were accepted to Harvard on full rides. One is future cardiologist Azul Marmolejo, valedictorian at Southwest High School. She works with her parents at the swap meet on the weekends. She was also one of the only 300 students selected for the Gates Scholar program. The other student is Thang Ho, valedictorian for Crawford High and he is the first person in 10 years from that school to attend an Ivy League School. He is also a Dell Scholarship recipient.

Alexis Colmenares is the salutatorian from Southwest High who will be attending Columbia University on a full-ride. He is a recipient of the Jack Kent Cooke Foundation Scholarship, and is one of the only 61 students in the country to receive this $40,000 + scholarship for all 4 years

"We were truly honored to help all the above students and 78 other first generation students, all online during a pandemic. Many others have received full rides to schools such as Dartmouth and Claremont McKenna," said Burgos.

Earlier this week, San Diego Unified named Hoover teacher Sharon Apple as one of its Teacher of the Year.

1 / 8
First-Gen Scholars
Alexis Colmenares is the salutatorian from Southwest High who will be attending Columbia University on a full-ride. Jack Kent Cooke Foundation Scholar