Sandra Daniels died in the crash, along with two San Diego police officers. 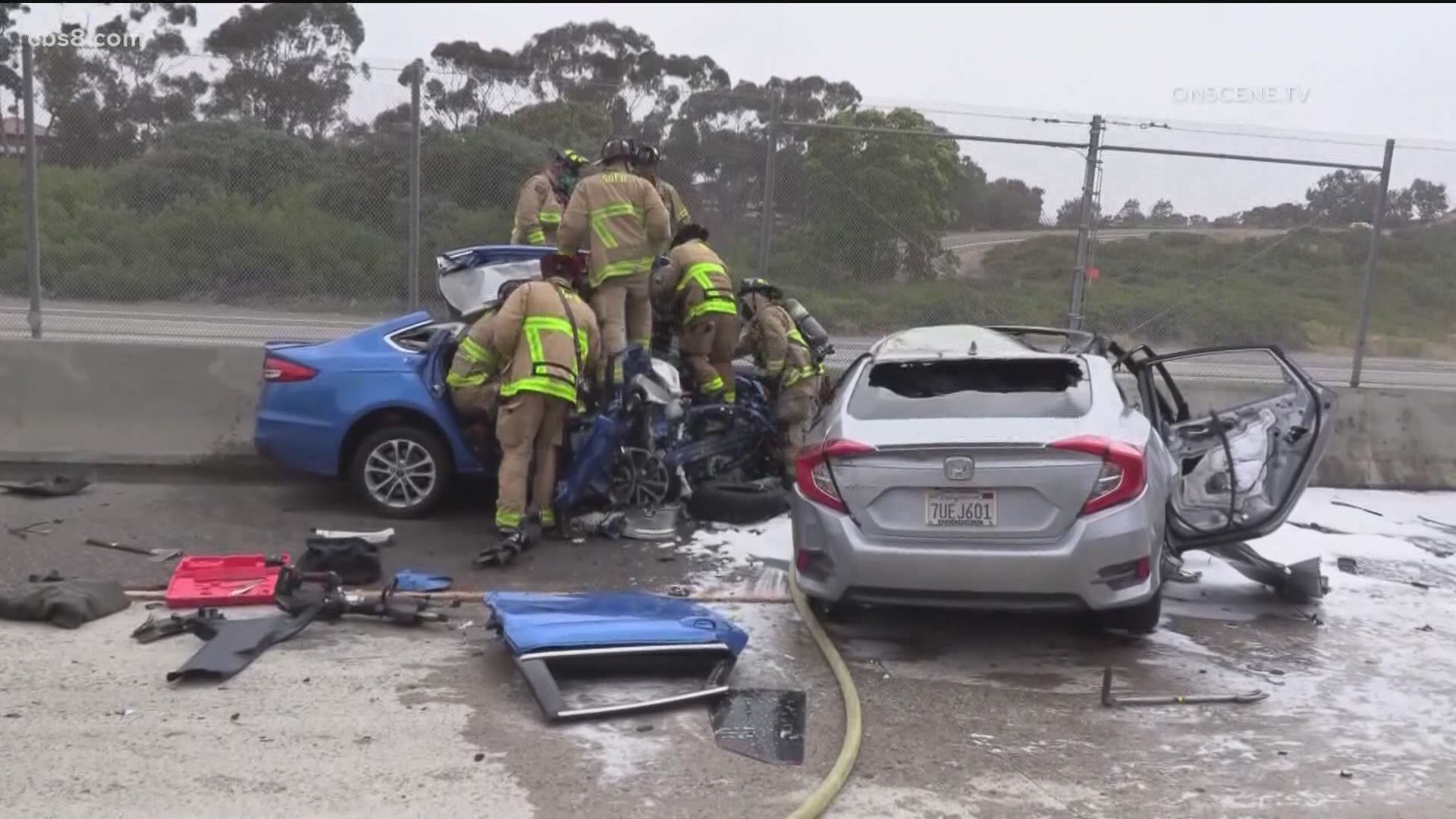 SAN DIEGO — The husband of the driver who caused a wrong-way crash that killed two San Diego police officers tells News 8 he believes his wife was suffering from a medical issue related to diabetes.

Darrell Daniels broke his silence on Tuesday, the same day a procession was held as the bodies of Ryan Park and his wife Jamie Huntley-Park were transported from the coroner's office to the Featheringill Mortuary.

When they arrived, dozens of police officers were there to pay their respects.

It was a solemn moment SDPD Chief David Nisleit was a part of.

"Law enforcement has traditions and part of that is to honor and respect those that are fallen," said Chief Nisleit.

Chief Nisleit knew the young couple, who met while in the police academy back in 2012 and got married in 2016.

He and Ryan used to run together.

As for Jamie, the chief said she was always part of their conversations.

"Anytime you ran into one of them, you heard about both of them. It's just who they were. The best of the best. Two bright kids with their careers could have gone anywhere they wanted," said Nisleit.

Ryan and Jamie were killed Friday on Interstate 5 near San Ysidro after being hit head-on by a wrong-way driver.

That driver has been identified by her husband as 58-year-old Sandra Daniels.

"We're devastated. Gosh, I'm so sorry. We're so sorry if we could have done something to prevent the loss of those police officers."

Daniels, a retired Navy officer, said his wife had diabetes and was at the Balboa Naval Medical Center getting insulin that morning.

He believes she got lost driving due to her sugar levels possibly spiking or being too low.

He said she was not suicidal, adding there's no way she could have done something like this on purpose.

"She went the wrong way and got on the wrong side....there's no way she knew what she was doing," said Daniels.

Daniels is working with the California Highway Patrol, the agency is in charge of the investigation.

He's hoping they'll find her insulin pod in the wreckage to help explain what exactly happened.

As for Chief Nisleit, he's focused on helping his department begin to cope and heal.

“Our chaplains and our wellness unit have been extremely busy, not only taking care of the squads of Jamie and Ryan but the officers and families of Jamie and Ryan. It's been around the clock making sure that our people are well. They were beloved colleagues, friends, family members. It's just such a tragic loss,” said Chief Nisleit.

Ryan and Jamie's funeral has been scheduled for June 15th at 10 a.m. at the Maranatha Chapel in Rancho Bernardo.

We will share more details as they become available.