Imperial Beach Pier closed to public due to structural damage

The Port of San Diego said they will release additional information as it becomes available and will keep the public posted on when the pier may reopen. 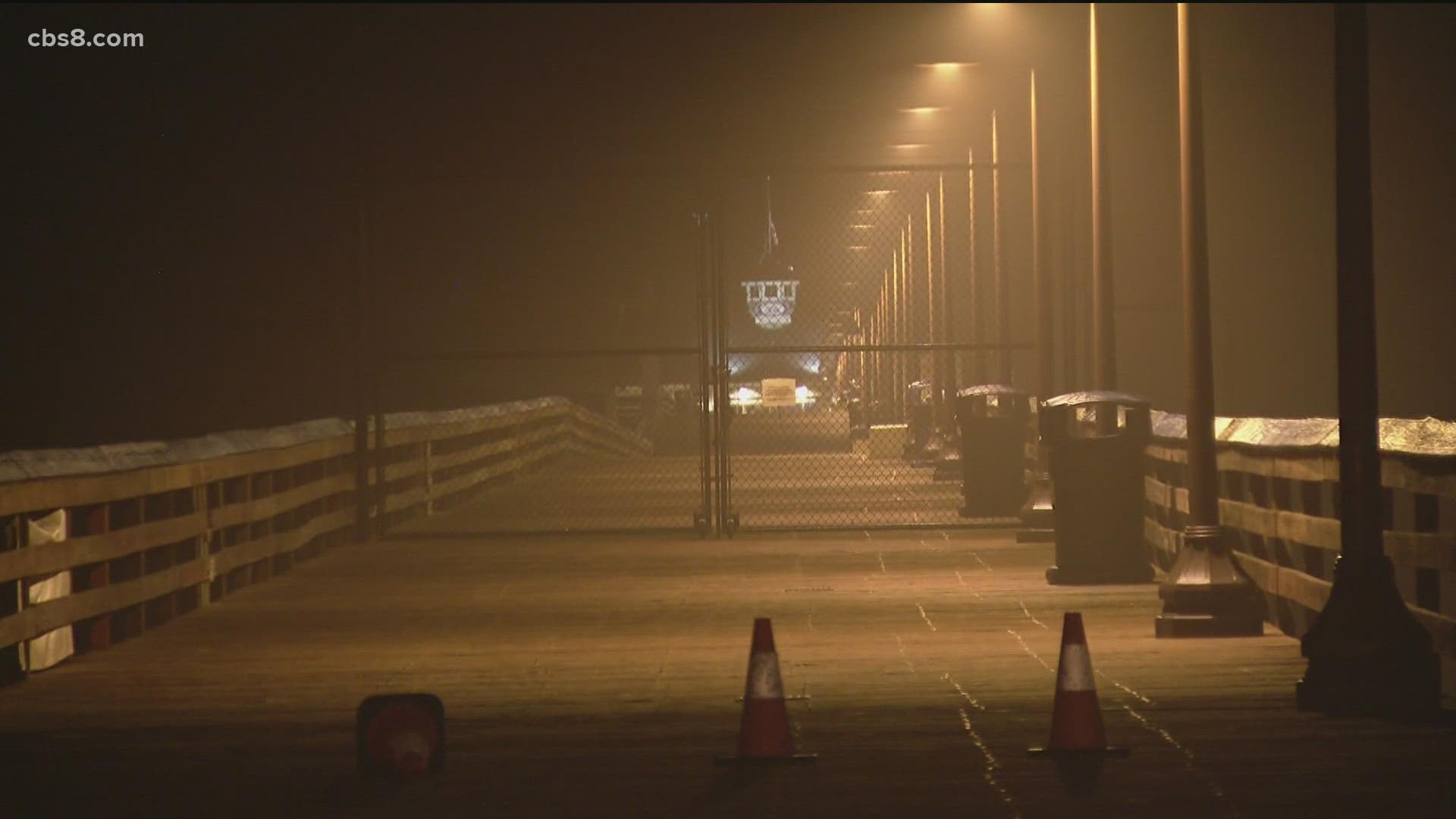 SAN DIEGO COUNTY, Calif. — The Imperial Beach Pier remains closed Tuesday after a piling detached from the structure, according to the Port of San Diego.

On Monday around 6:30 p.m., the Port of San Diego was informed by the City of Imperial Beach that a piling from the Imperial Beach Pier could be seen floating in the water.

Due to the apparent structural damage, the Imperial Beach lifeguards closed the pier to the public. According to officials, the pile break appears to have occurred between light posts 15 and 16.

The Port of San Diego said their engineering department and consultants are working to assess the extent of the damage and make a determination on the structural integrity of the pier.

The Port of San Diego released the following statement:

"Due to the high surf that will affect our region for several more days, the team couldn’t get below the pier to get a look at the damage or to locate and remove the broken piling. The pier will remain closed until the structural engineering team confirms the pier is safe for the public, which could take up to two weeks. The public is urged to steer clear of the waters near the pier until the broken piling can be found and pulled out of the water."

The Port of San Diego said they will release additional information as it becomes available and will keep the public posted on when the pier may reopen.

The @CityofIB pier is closed due to structural damage and increasing surf. There’s a lot of strong long period swell in the water. pic.twitter.com/NoEiiOUymQ