Does the Impossible Burger taste like beef? You be the judge. 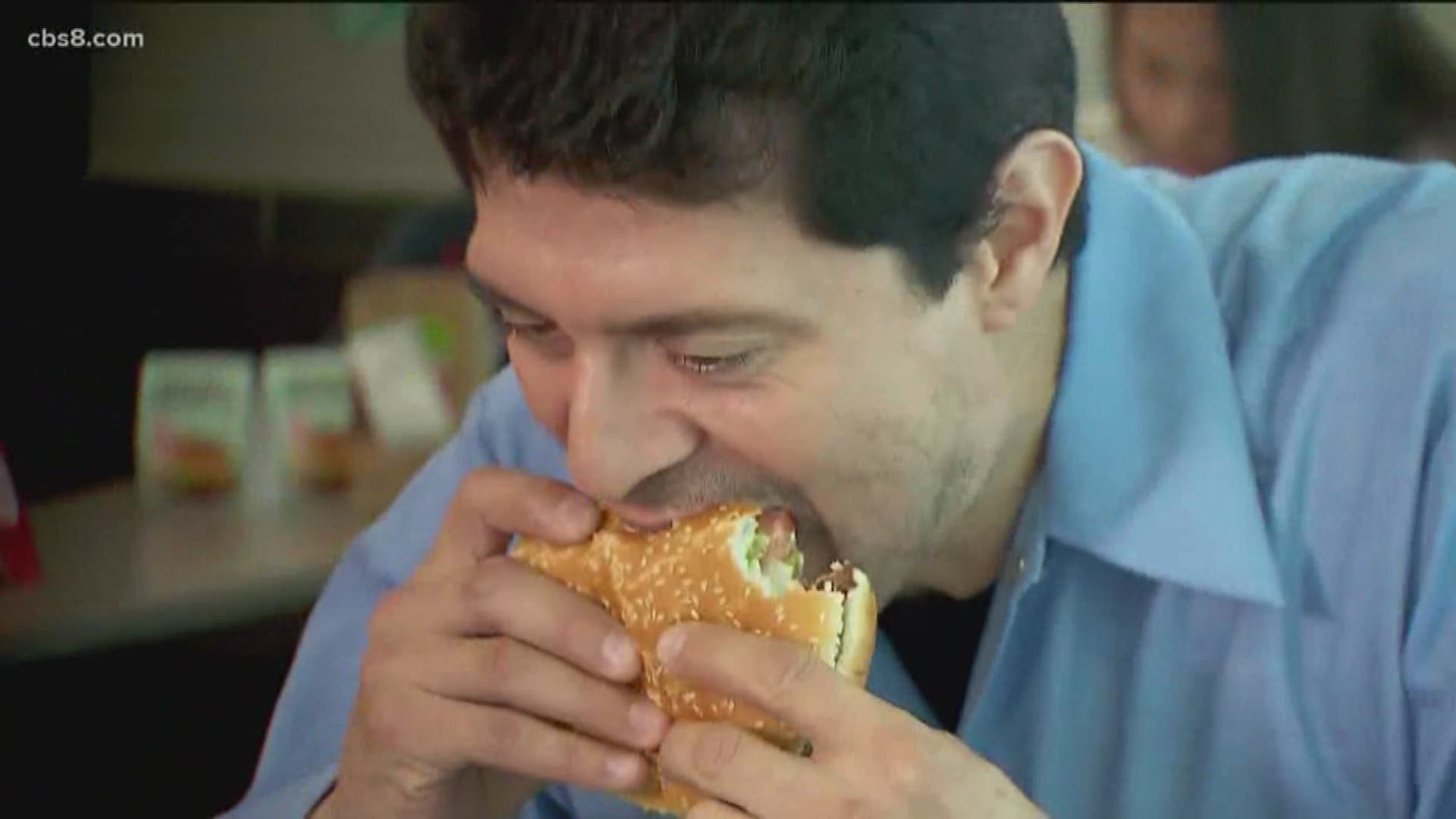 After receiving rave taste-test reviews, about a dozen restaurants are now serving the "Impossible Burger."

Now, fans may soon be able to do what hasn't been possible - getting their hands on one without having to go out to dinner.

The Impossible Burger has been around for a while, but this is the first time you can actually go into a store, buy the ground product and cook with it at home.

The plant-based burger trend has long been on the rise, even more so now that you can buy the Impossible Burger product at your local Gelson’s store in Southern California.

There are three Gelson's stores in San Diego.  We're at the one in Pacific Beach.  You can see a sign letting people know the Impossible Burger (meat) is here.

Up until now, customers could only enjoy the Impossible Burger at certain restaurants or fast food chains like Burger King and White Castle.

Gelson's, based in Southern California, is the only grocery chain to carry it.

News 8 bought two, along with all the fixings.

We decided to cook up burgers as well as some pasta sauce. It cooks like regular beef. After adding a few spices, it's time to test the final product. First up, the sauce.

To be honest, it was tough to tell the difference. Keep in mind, studies have shown the Impossible Burger isn't better for you, but it is more sustainable for the environment.

Compared to a regular hamburger, the Impossible Burger has no cholesterol, the same amount of fat, but more sodium.

Still, that hasn't slowed the company down.

Gelson's is just the first of several grocery chains scheduled to start selling the product.

The company plans to announce other grocery chains that will carry the product later this month.