This is the fourth driest year on record for California, while more than three-quarters of the West Coast of the United States is currently enduring a "mega-drought" 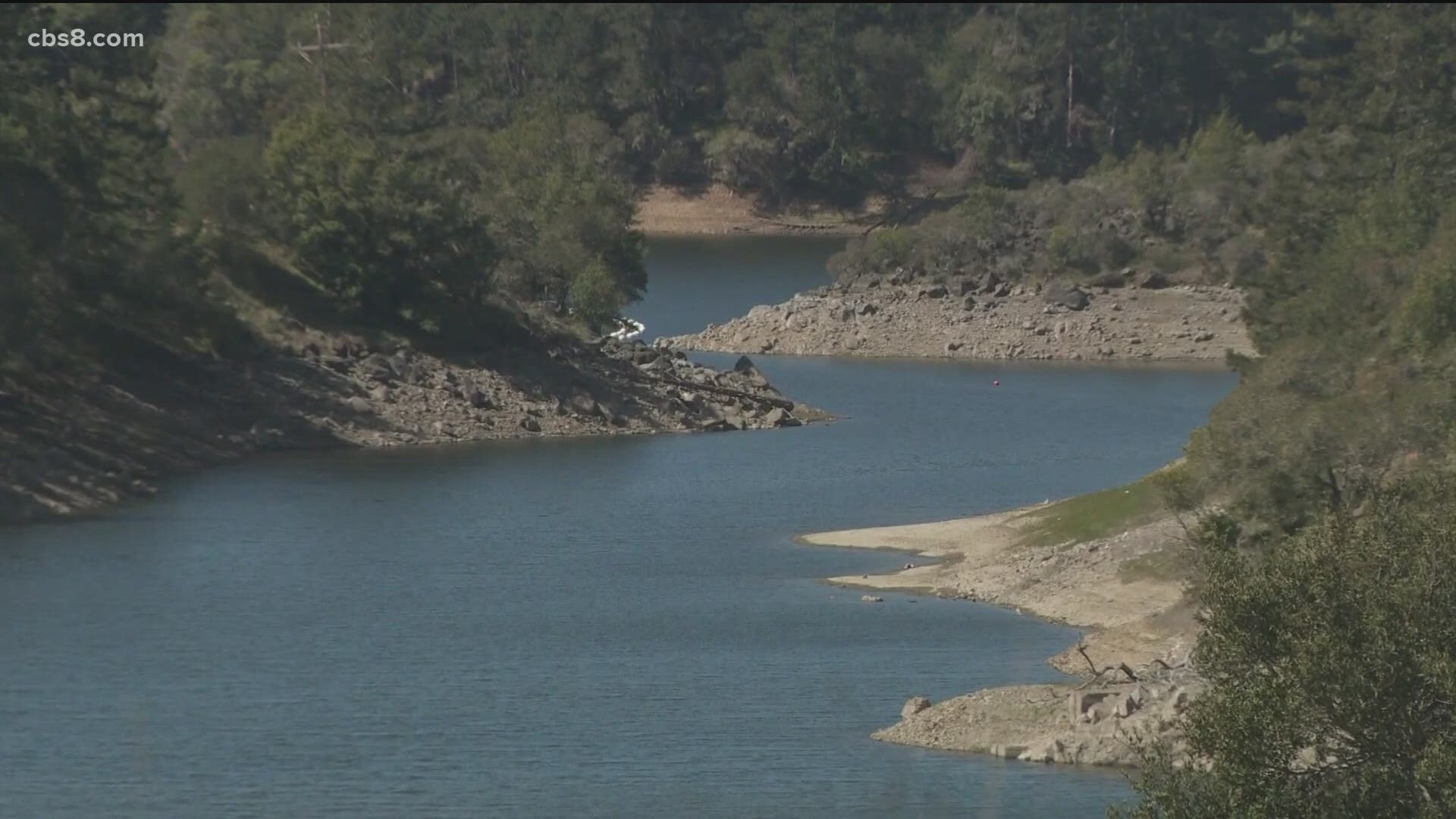 SAN DIEGO — With California now facing one of its driest years ever on record, Governor Gavin Newsom is taking action.

On Wednesday, the governor declared a drought emergency: and while it only applies to two counties in Northern California, it could possibly be extended to other parts of the state in the coming months.

As of Wednesday, 39% of California is considered in extreme drought and 5% of the state is considered "exceptional," which is the highest level of drought in the state.

During the peak of our last drought, 58% of California was listed as being in exceptional drought: and the governor's actions Wednesday are a pre-emptive move to keep that from happening again.

Where I’m standing I should be 40 ft under the water of Lake Mendocino.

The historic moment is defined by some of the driest conditions the state has ever faced. According to the Department of Water Resources, this is the fourth driest year on record statewide.

This concerning condition is not unique to the Golden State.

"Seventy-seven percent of the entire West Coast of the United States is now in what is referred to as a 'megadrought'," Newsom added.

In response, the governor signed an executive order that places hard-hit Mendocino and Sonoma counties, where reservoirs are at record lows following two critically dry years, under a drought emergency, mandating conservation while also providing funds to address the water shortfall.

Newsom also made it clear that this emergency could be extended to other counties in the coming months.

"I think it is late in coming," said Pam Meisner, Director of Operations and Programs at the Water Conservation Garden in El Cajon, who has helped educate tens of thousands of students and adults on water conservation over the years.

"I think the water conservation message from the state should have been continual," she added.

Meisner stressed the importance, as well as the ease, of conserving water at all times: not just when an official drought has been declared.

One of the most effective ways, she said, is xeriscaping your lawn, which the Water Conservation Garden helps teach.

"It's the right plant choice, the proper use of mulch and it's our irrigation methods," Meisner said.

For more tips and resources on how to help make water conservation a way of life, click here.

WATCH: Mega drought and the impact on California and western states