After reporters at inewsource uncovered problems at San Diego County-run COVID-19 hotels, their photos were circulated among security guards at the properties. 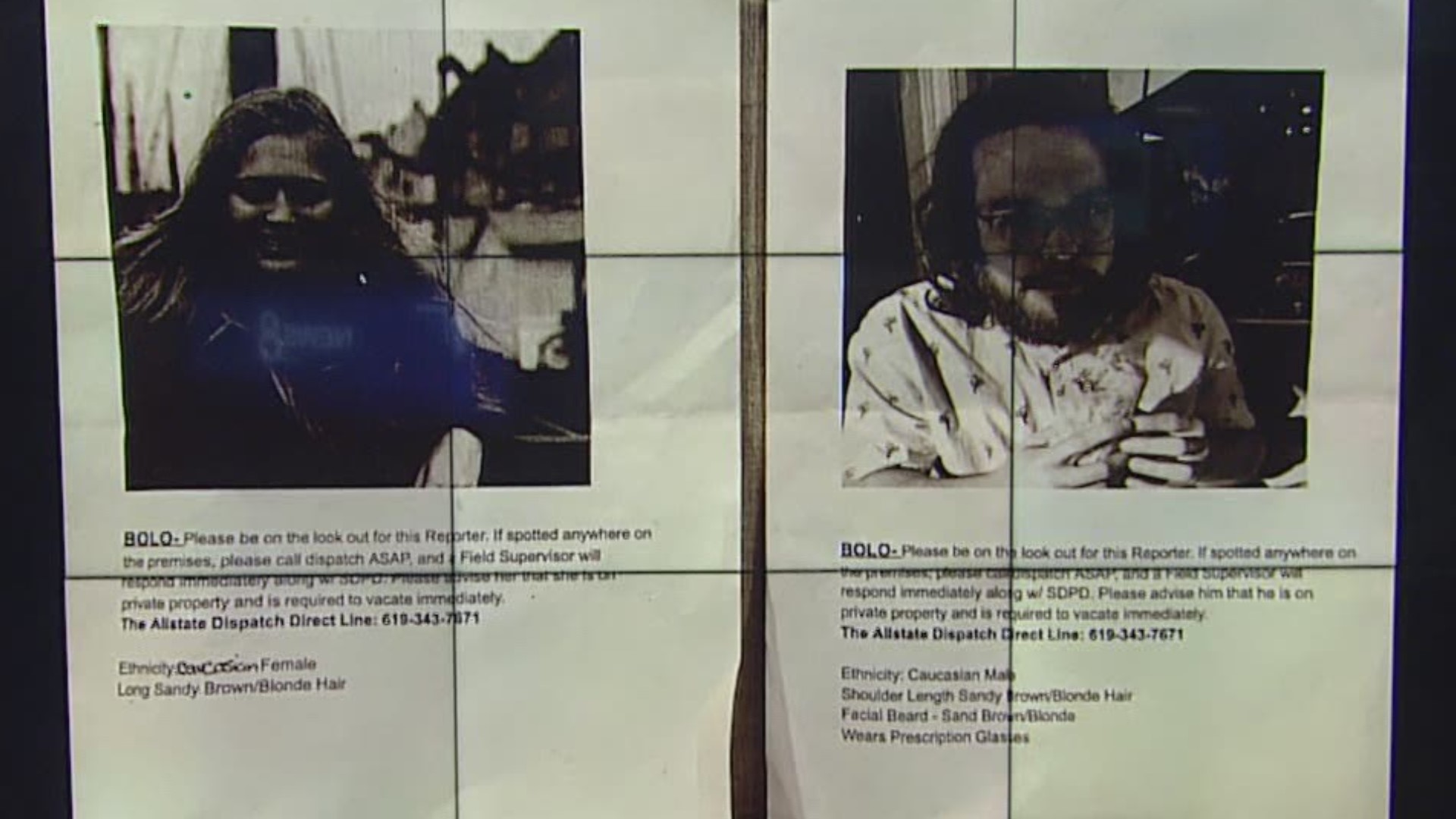 SAN DIEGO COUNTY, Calif. — Flyers resembling wanted posters, featuring the faces of two inewsource reporters, have been circulating among security guards at each of the San Diego County-run COVID-19 hotels.

“Please be on the look out (sic) for this Reporter,” both flyers say, including a short physical description underneath photos of Cody Dulaney (the reporter on this story) and Jill Castellano taken from their Twitter profiles. “If spotted anywhere on the premises, please call dispatch ASAP, and a Field Supervisor will respond immediately along (with San Diego police).”

The posters have surfaced in the wake of an inewsource investigation that uncovered problems at the county’s main isolation hotel, the Crowne Plaza in Mission Valley.

Hotel guests and employees said the program is mismanaged — people don’t get medication on time, toddlers went days without adequate food and security guards harass people staying there under a public health order.

County supervisors ordered an independent review of the program eight days after the inewsource investigation. The county announced Tuesday it would pay San Diego State University $140,000 to do the review.

Last year, inewsource revealed a suicide death had occurred at the Crowne Plaza more than a month after county employees raised alarms about the lack of mental health services. Two months later, the county signed a $30 million contract with Equus Workforce Solutions to provide services to people in the hotels.

A county spokesperson said officials weren’t aware of the flyers and have been in contact with Equus to remove them.

“While we appreciate the county’s commitment to removing the flyers, the fact that they were produced and distributed at all is disturbing since it was clearly an attempt to intimidate the reporters and hinder further investigation,” said inewsource Managing Editor Mark J. Rochester. “The threat of arresting journalists simply for doing their jobs is an unacceptable attack on press freedom.”

An Equus representative said the company in charge of security at these hotels, AllState Security Services, was responding to a guest’s claim that someone was going to sneak the reporters into her room. Security recently placed the flyers in an operating manual to alert other guards and keep watch.

Equus wasn’t aware until a reporter asked about it, said Nicole Ganier, the company’s vice president of operations for the western region.

Joe Faltas, the security firm’s director of operations, wouldn’t comment on the flyers but said, "We're in the business of protecting people and property. Our intent is not to prevent you from doing your job."

Even so, this assumes that an effort to gather facts is a criminal act, said David Snyder, executive director of the nonprofit First Amendment Coalition. And it shows a misunderstanding of the role reporters play in informing the public, he added.

"It seems to be geared more toward finger-pointing at the messenger rather than working to resolve the underlying problems.”