To date, 18 incarcerated people and one staff member at Donovan state prison have died of COVID-19. 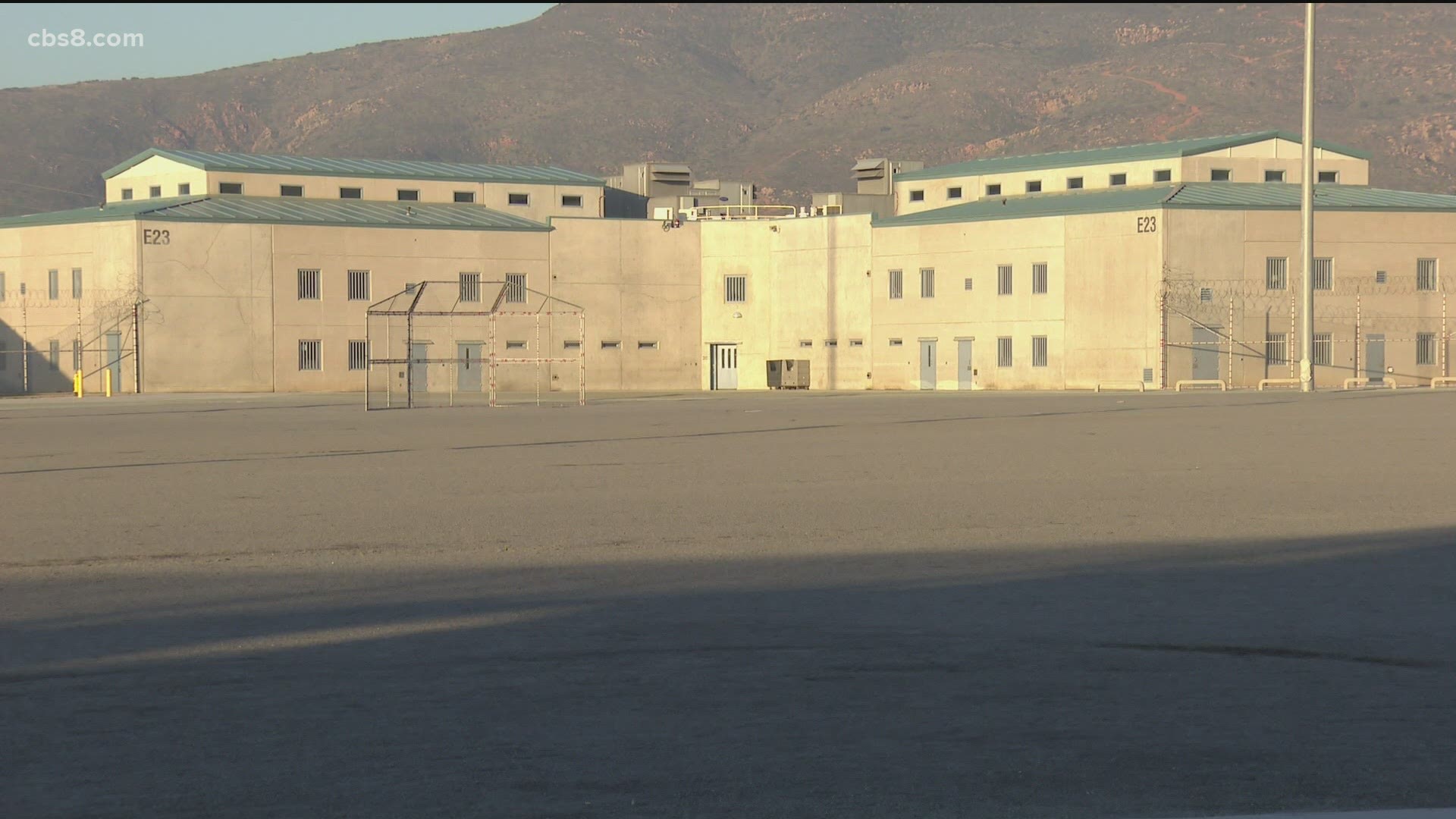 SAN DIEGO — Medical staff at Donovan state prison in San Diego have been asking inmates who decline COVID-19 testing to waive the prison of any liability for their illness or death — a move a medical expert viewed as unethical and a law professor said may be unconstitutional.

A copy of the waiver form, obtained by inewsource, describes the risks of refusing COVID-19 testing and says the corrections department is “free of any responsibility” for complications resulting from the virus. Inmates who decline testing can sign their name alongside the name of a witness.

A Donovan inmate interviewed by inewsource said he saw the form being used in his housing area last month, around the time the prison went back on lockdown due to a new outbreak of COVID-19. Prison officials refused to confirm any details about the form’s use during the pandemic, the reasons they are asking inmates to sign them or how many have been signed.

Peter Chin-Hong, professor of medicine and infectious disease at UC San Francisco, said he was very concerned when he reviewed a copy of the form.

“It’s not appropriate,” said Chin-Hong, who has treated COVID-19 patients and monitored health issues at San Quentin State Prison during the pandemic. Attempting to waive liability for declining a medical test would not be tolerated in private or community practice, he said, and would cause anger and frustration among patients.

“People would be revolting on the streets,” he added.

Chin-Hong said the form raises ethical concerns. It may be difficult for incarcerated people to understand the implications of signing it, he said, especially because of the high rates of developmental disabilities and mental illness among prisoners.

Credit: inewsource
A photo of this form, obtained and redacted by inewsource, asks inmates at the Richard J. Donovan Correctional Facility in Otay Mesa to absolve the prison of any responsibility for complications from COVID-19 if the inmate refuses a coronavirus test.

Donovan, which is a statewide hub for inmates needing mental health and disability services, is facing legal action for its handling of the pandemic. A massive winter outbreak at the prison sickened more than 700 people, leading to the deaths of 18 inmates and one staff member.

Among California’s 35 state-run prisons, Donovan has the fourth most COVID-19 deaths. It’s also in the midst of other problems: In January, it became the first prison in the state to require corrections officers to wear body cameras — a step a federal judge ordered in ongoing litigation over alleged abuse of disabled inmates.

A spokesperson for the agency that oversees healthcare in California’s prisons declined multiple interview requests. She said the form was standard and used for any exam or treatment refusal, not just related to COVID-19, but didn’t explain if other prisons are using it for coronavirus testing. She also defended the prison system’s response to the pandemic.

“We take the health and safety of our residents and staff very seriously,” said Liz Gransee, a California Correctional Health Care Services spokesperson, in an email.

Hadar Aviram, an attorney and law professor at UC Hastings, called the form “deceptive” and said it may violate the Eighth Amendment, which protects criminal defendants from cruel and unusual punishment.

“They are wards of the state. You are housing them for a certain number of months or years. And during those months you have to feed and clothe and take care of them and make sure that they don't get sick. This is part of your responsibility,” she said. “I don't think that any form can waive this responsibility.”

The incarcerated man, who inewsource is not naming because he fears for his safety and possible retaliation, said he regretted signing the form. He said medical staff made an announcement about COVID-19 testing and asked anyone who didn’t want testing to line up, then handed them a pen.

“They just leave it for you to interpret,” he said, never explaining the form or that it would waive the prison’s responsibility.

“You're not really noticing it unless you look for it. That's for damn sure,” he said. “So, I felt pretty played.”

He said he was not offered the form any of the times he declined the COVID-19 vaccine.

Prison rights lawyers and advocates have pointed to many reasons why inmates decline to get tested for COVID-19. Some fear they will be forced into single cells if they test positive, which can feel similar to solitary confinement settings.

Others worry about being transferred to large gymnasiums used for COVID-19 isolation where their disabilities may not be accommodated. The incarcerated man interviewed by inewsource also said he’s seen medical staff at Donovan use the same gloves to test multiple people, causing fears of catching the virus while being swabbed.

“There’s people with very bad autoimmune systems and all kinds of stuff here,” he said, adding that he was shocked to see the gloves weren’t changed. “I couldn’t believe it.”

Penny Godbold, a San Francisco attorney who represents inmates with disabilities, said incarcerated people have limited access to information beyond what the prison staff says — and they often don’t trust what the staff tells them.

“It’s possible they’re providing very good information, but there’s a real mistrust among incarcerated people toward anyone that works at the prison,” Godbold said.

Jody Rich, a physician and epidemiologist at Brown University, said refusal forms are regularly used by correctional facilities across the U.S. Rich, who has worked at prisons in Rhode Island during the pandemic, said having documentation of COVID-19 testing refusals does have some value. It can help facilities better understand why people are declining testing and be used to resolve barriers.

But Rich said some of the language in Donovan’s form went too far.

Have you or someone you know had an experience with Donovan prison you want to share? Tell us your story by emailing maryplummer@inewsource.org.

WATCH: Why is the Donovan State Prison under lockdown again?