When the San Diego County Regional Airport Authority decided in July to join an ongoing lawsuit against the San Diego Unified Port District, it may have violated the state's open meeting law. 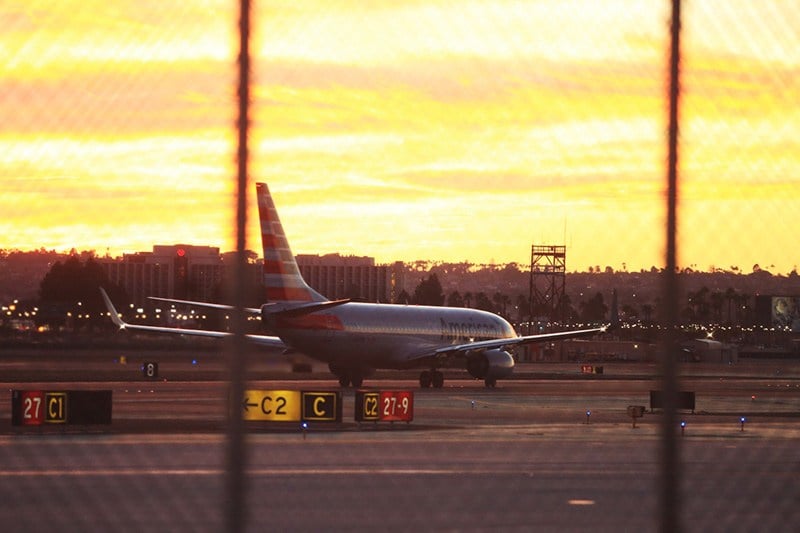 The San Diego International Airport is shown at sunset in this 2015 file photo. (Megan Wood/inewsource)

When the San Diego County Regional Airport Authority decided in July to join an ongoing lawsuit against the San Diego Unified Port District, it may have violated the state's open meeting law.

The suit, originally brought by two rental car companies, says a new $3.50 fee by the port district on rental cars at the airport is a special tax that needs a public vote. The revenue from the fee was to pay for an approximately 1,600-space parking garage at a planned billion-dollar hotel and convention center project on Chula Vista's bayfront.

The move sparked immediate blowback from port and South Bay leaders because the litigation could endanger the long-awaited bayfront development.

Now, inewsource has learned the airport authority board also may have violated California's open-meeting law by never officially voting to join the lawsuit and never formally announcing the decision to the public after it was made.

April Boling, chairwoman of the airport authority's board, confirmed to inewsource the lack of a vote on the litigation.

"There was no vote," Boling said. "I'm not going to go into a lot of details on closed session, … but it was brought to our attention by our attorneys and a recommendation was made."

After the closed session, the airport board also didn't publicly announce its decision to enter into the lawsuit.

"They have to report out an action taken and any vote that preceded that action," Snyder said.

The law also "doesn't allow legislative bodies to get around the public reporting requirement by not taking a formal vote," he said.

What the airport did, he said, was take an action that "consisted of a directive to the board's lawyers to intervene in a lawsuit - and that should've been reported out."

There are two ways of enforcing the Brown Act, Snyder said.

The first is for a person or organization to sue to get a court to find that the government agency violated the law. The court can then require the agency to nullify and retake the disputed vote and/or acknowledge that it violated the law, and certify that it won't do that again.

The second way is for a district attorney to step in. But, Snyder said, "I don't know of any instance where a DA has brought any action."

The airport authority is governed by a nine-member board, which includes San Diego County Supervisor Greg Cox - a former Chula Vista councilman and mayor. inewsource reached out to Cox for his opinion on the airport authority's lawsuit. Through a spokesman, Cox issued this statement:

"I wasn't at the Airport Authority board meeting where this was discussed and voted on and can't comment any further because we're in active litigation. However, as a former Mayor and Councilmember of Chula Vista, I fully recognize that the Bayfront project will have a significant economic impact for South County and the entire region, and I want to see this long awaited project realized. I'm looking forward to working with Airport Authority staff and members to find a resolution."

Boling told inewsource the authority's board didn't view the suit as "something terribly controversial."

"We were doing something more procedural more than anything else, which was to put our hand up in the air. It wasn't as though we were filing a suit. This was not our suit."

The lawsuit was brought by Enterprise Rent-A-Car and Hertz Corp.