This addition brings the total cost of the troubled program is $140.6 million, more than quadruple the $30 million inewsource previously reported.

SAN DIEGO — San Diego County officials gave an $83 million pay raise to a contractor that has been under scrutiny for its mismanagement of a COVID-19 quarantine hotel program.

The increase came without any change to the contract’s scope of work and at the same time  researchers from San Diego State University were evaluating what went wrong with the sheltering program.

That means the total cost of the troubled program is $140.6 million, more than quadruple the $30 million inewsource previously reported. inewsource discovered the increased amounts after delving into the range of contracts the county has with Equus Workforce Solutions.

County spokesperson Michael Workman, who was asked in emails over the last week about the additional money given to Equus, did not give a detailed explanation. In an email sent late afternoon Friday, he would only say that the increase was intended to “add hotels and other resources to expand capacity to meet the increased number of individuals served.”

“As local COVID-19 case rates have surged and gone down, this has required us to amend the contract to ensure there is funding available to expand as quickly as possible,” Workman said in a statement. “While the overall contract cost has increased significantly due to the need to extend the services and expand capacity related to both available rooms and staffing, the pricing for services has not increased.”

The County Board of Supervisors ordered an evaluation of the sheltering program in early March, after an inewsource investigation exposed severe gaps in services and a suicide in a hotel room that wasn’t discovered for five days.

The evaluation, released Aug. 3, confirmed inewsource reporting over the past year and a half from guests as well as county and contract employees who have exposed neglect and wrongdoing in the sheltering program. It said Equus is unqualified to run the program and that staff aren’t trained to work with many of those who are isolating — people who are homeless and might be struggling with mental illness or substance use disorders. Poorly trained employees allowed the gaps in services and forced COVID-19 patients to suffer through long delays for much-needed medication, according to SDSU’s report.

“These gaps in care coordination may have led to both overdoses and suicide,” one county staff member said, according to the report.

The county’s experience with Equus dates back to May 2010, when it signed a contract to provide services for people in CalWORKS and refugee assistance programs. All told, officials have awarded the company six contracts totaling more than $342 million, according to the county’s website. Four of those contracts deal with providing housing and case management services to homeless people.

It includes a separate four year, $4 million contract to provide hotel lodging and other services Equus had been criticized for not providing. That contract was awarded a week after county officials gave Equus the additional $83 million in compensation.

Government officials often turn to companies they’re comfortable with, especially when there’s an urgent need for a unique request, said Brian Adams, a political science professor at SDSU who specializes in state and local politics. So he could see county staff turning to Equus to take over this new project because “they just didn’t know who else to turn to.”

“But the part to me that seems the most egregious is that after there were problems and in the middle of this investigation, they give them this massive increase without any apparent reason,” Adams said.

After SDSU released its scathing report, which included nine recommendations to improve the program, Workman gave a statement that said officials would take the report into consideration, adding that it would be “our only comment or reaction to the report or your questions.” He has refused to say if any of those recommendations will be implemented and stopped responding to inewsource emails about the report.

Hundreds of people will continue relying on services at these hotels until the county’s contract with Equus expires at the end of the year. Even so, there are no plans to discuss the report or the future of the program at a public meeting.

inewsource has attempted to interview every county board member since release of the report, but none have been willing to discuss it. When asked at an unrelated press conference if the county is reconsidering its contract with Equus, Board Chairman Nathan Fletcher recently said, “The only thing I can say is we’re assessing every legal option for how we can do better.”

This is playing out as the COVID-19 case rate remains high throughout the county and officials urge the public to take more precautions.

In March 2020, San Diego County started using the Crowne Plaza and other hotels to house people who had nowhere else to isolate from the coronavirus. That included first responders who needed to be away from family, as well as people without housing.

In an email inewsource obtained last spring, one employee told colleagues she was “pushing and begging and pleading for additional staff” to help provide adequate support.

Within a week, county officials changed an existing $13 million contract it had with Telecare Corp., which had been providing mental health services to San Diegans in the legal system, to also help people in isolation. Even so, a man died by suicide at the Crowne Plaza not long after that email. The death wasn’t discovered for five days.

Two months after inewsource uncovered these problems and the suicide death, county officials hired Equus to take over the program.

Equus is responsible for providing guests with three meals a day, laundry services, on-site security and medications, relying on several subcontractors to get the job done. Equus employees also arrange transportation to and from the hotel, screen people to assess their needs for healthcare and government benefits, and work on discharge plans, either into permanent housing or another shelter. That’s referred to as case management services.

The original contract called for $10.2 million in 2020, and an additional $20 million if services are needed through the end of this year. inewsource has been citing the $30 million number in previous reporting.

An amendment in August 2020 made 30 changes to the scope of work. Most clarified the services that were expected while some added new responsibilities, including collecting more information from guests as well as providing daily and weekly reports. It also increased staffing and the compensation by $11.8 million.

The second amendment, made last October, established procedures for transporting residents to and from the hotels, but doesn’t change the price.

A third amendment to the contract came in early March, one week after the inewsource investigation that exposed poor care and mismanagement. This time the changes appear to address some of the concerns that were raised, such as clarifying the expectations for daily wellness checks, assisting with permanent placement and requiring more documentation from guests and staff. It also adds hotels and other resources, Workman said, increasing the contract amount by $15.8 million.

A fourth amendment came June 9, more than eight weeks after SDSU began its evaluation, and it increased the contract by $82.9 million. Unlike the other amendments, the document doesn’t provide any explanation for the increase. County officials would not answer why the decision was made after Equus came under scrutiny.

But SDSU’s report, which was released after this new contract was signed, said that Equus has demonstrated a lack of case management and wrap-around services in the COVID-19 hotels. No single person is assigned to a guest to oversee all aspects of their care. Instead, the services are provided piecemeal and responsibilities are divided among multiple staff members.

The report recommends that all similar programs in the future should focus on medical and behavioral health services. That doesn’t appear to be included in this new contract for as-needed lodging services.

Workman did not provide answers to questions about the new contract.

WATCH RELATED: 'We have to do a better job': Supervisor Fletcher breaks silence on troubled COVID-19 hotels 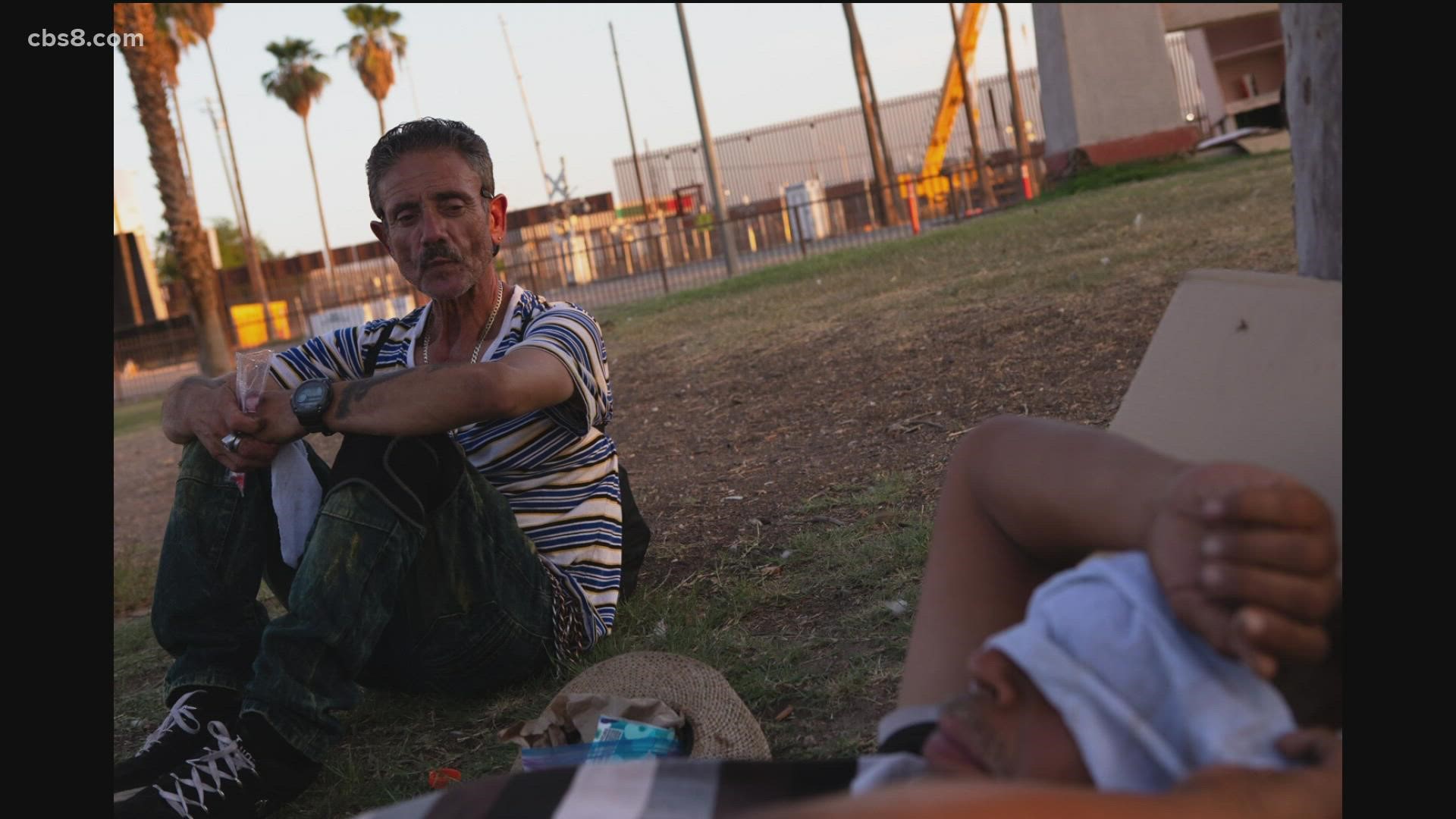