If you have ever worked in a non air-conditioned environment, you've probably had this experience: All is fine until a moment in the afternoon when you realize you're overheated and it is affecting... 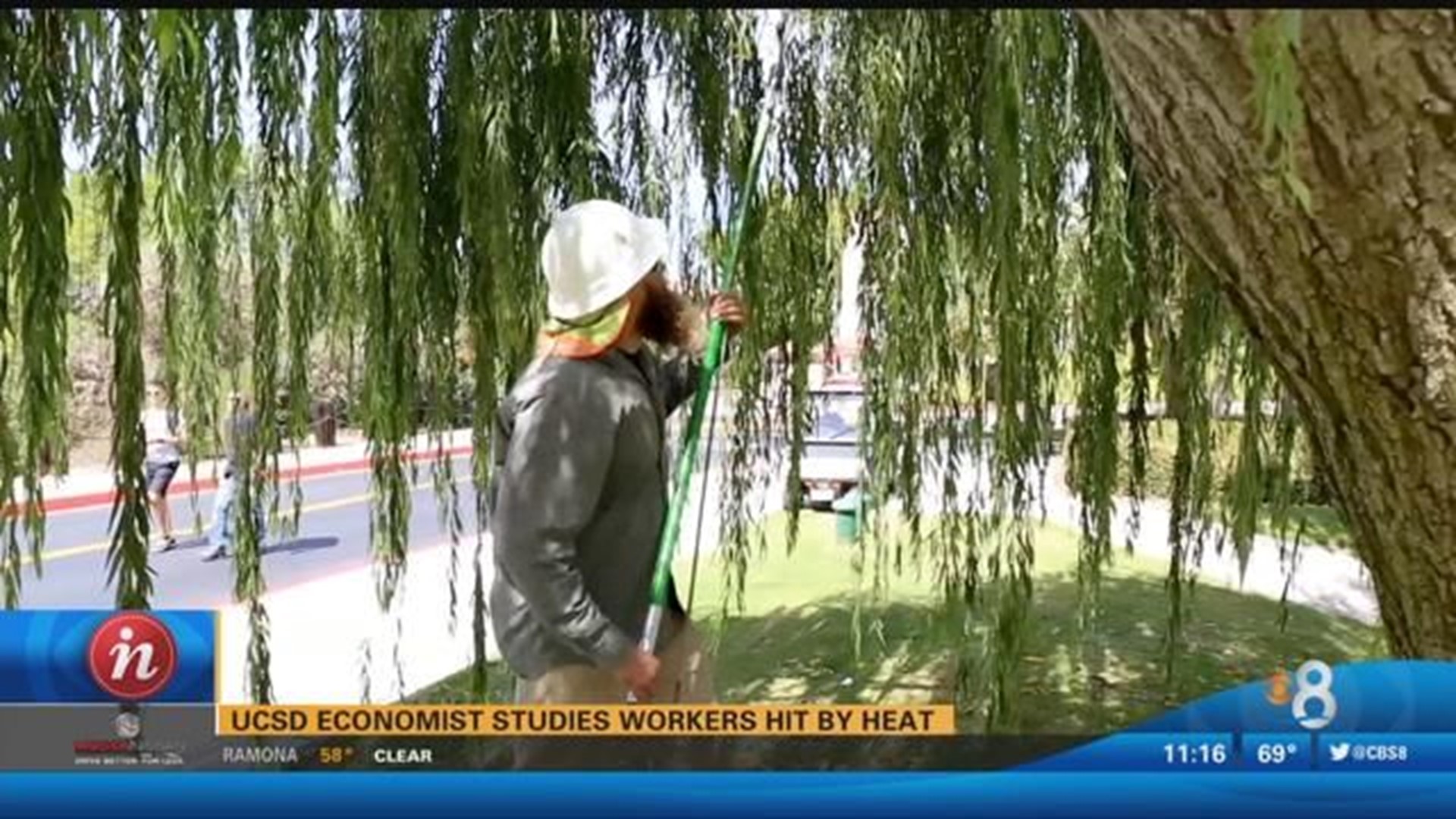 If you have ever worked in a non air-conditioned environment, you've probably had this experience: All is fine until a moment in the afternoon when you realize you're overheated and it is affecting your concentration. It's not just in your head.

People are "genuinely and measurably less productive" on hot days, said Josh Graff Zivin, an economist at University of California San Diego. Graff Zivin has been studying how climate intersects with health and productivity, given a future with many more hot days.

He estimates 220,000 workers in the county may be affected when temperatures exceed 85 degrees. That includes workers in construction, agriculture, transportation and manufacturing. His research finds people are more likely to end a shift early when it is hot. He cites military studies that show pilots make more errors in the heat and soldiers' accuracy is reduced in target practice.

"Cognitive processes are important for your job, no matter what your job is. They are also important for your life. So those impairments are impairments that we worry will become increasingly prevalent under climate change." Climate scientists believe that just 30 years from now this region could have seven times as many heat waves as it did prior to 2000, defined as at least one day where temperatures reached 83 at the coast or 116 degrees inland, which included desert areas.

The number 220,000 - about 16 percent of the regional workforce - does not include all exposed workers. It doesn't count caretakers for elderly people in homes that are not air conditioned, for example. That's because it's hard for researchers to know which homes have air conditioning. Census data, unfortunately, is not that granular.

During the last two years for which full data is available - 2014 and 2015 - there were more than three times as many hot days as in 2013. That translated into more emergency calls in the region. Paramedics responded to 284 patients for heat-related injury or illness in 2015, four times as many as in 2013, according to Jose Alvarez, a San Diego County spokesman.

The region is on track to have far fewer hot days this year than in 2014 and 2015. But globally, it is a different story. The year 2016 shattered temperature records. If you haven't yet seen it, check out this mesmerizing visualization from the Climate Lab Book, a blog by climate scientists, and this one from NASA.