The judge ordered the suspect to be in court on October 3 for arraignment. 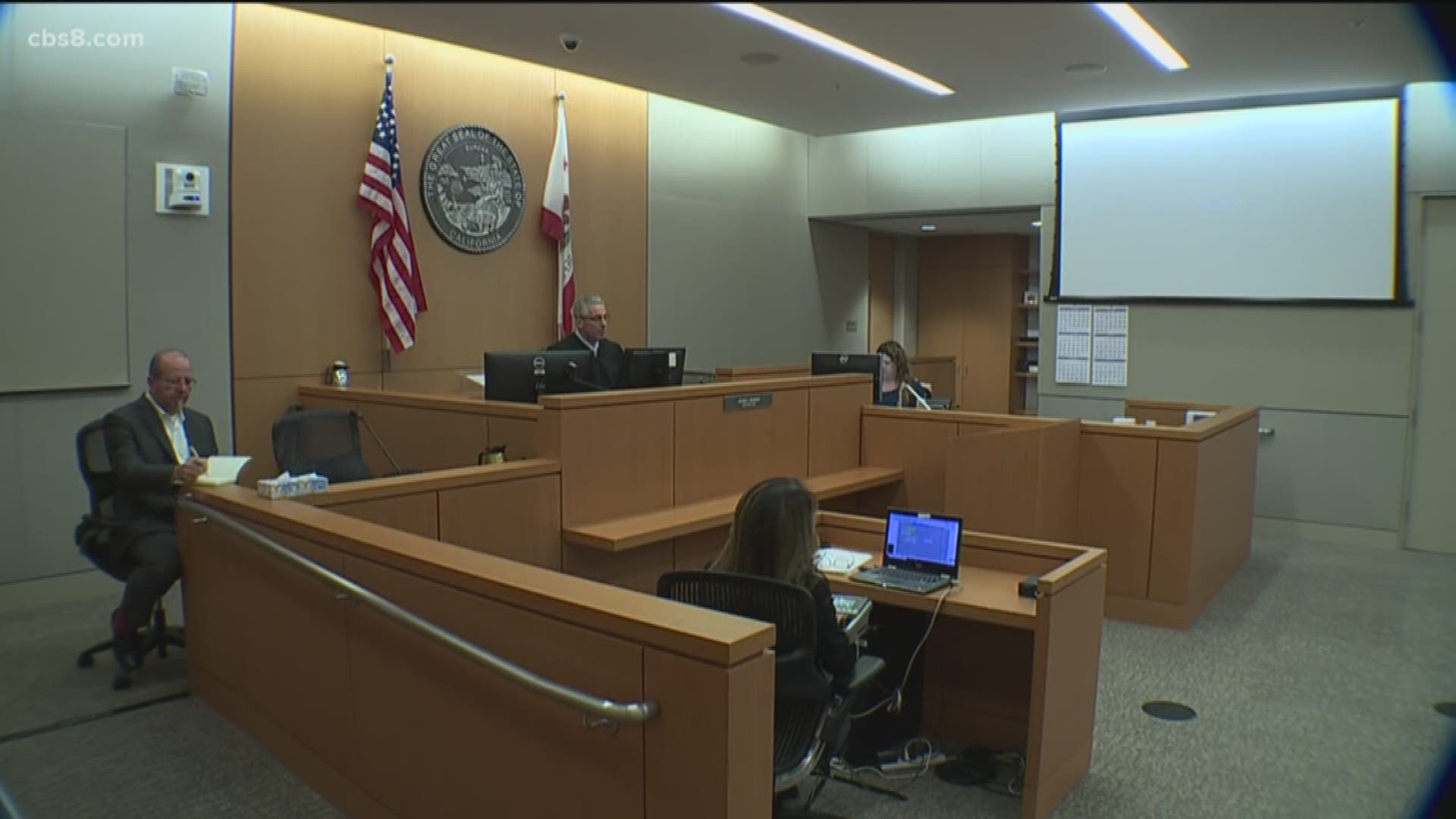 SAN DIEGO — A former college student will stand trial on charges he opened fire with an assault rifle inside a Southern California synagogue, killing one woman and injuring three people last April, a judge ruled Friday.

John T. Earnest had no reaction when San Diego Superior Court Judge Peter Deddeh ruled that a trial will proceed for Earnest on murder and attempted murder charges in the attack on the Chabad of Poway synagogue during services on the last day of Passover.

Earnest, 20, also will be tried on an arson charge for a fire at a nearby mosque that happened before the synagogue shooting.

Prosecutors on Thursday played a 12-minute recording of the gunman calmly telling a 911 dispatcher that he had just shot up a synagogue to save white people from Jews.

Earnest could face the death penalty if he is convicted of murder as a hate crime, although prosecutors haven't said whether they will pursue capital punishment. 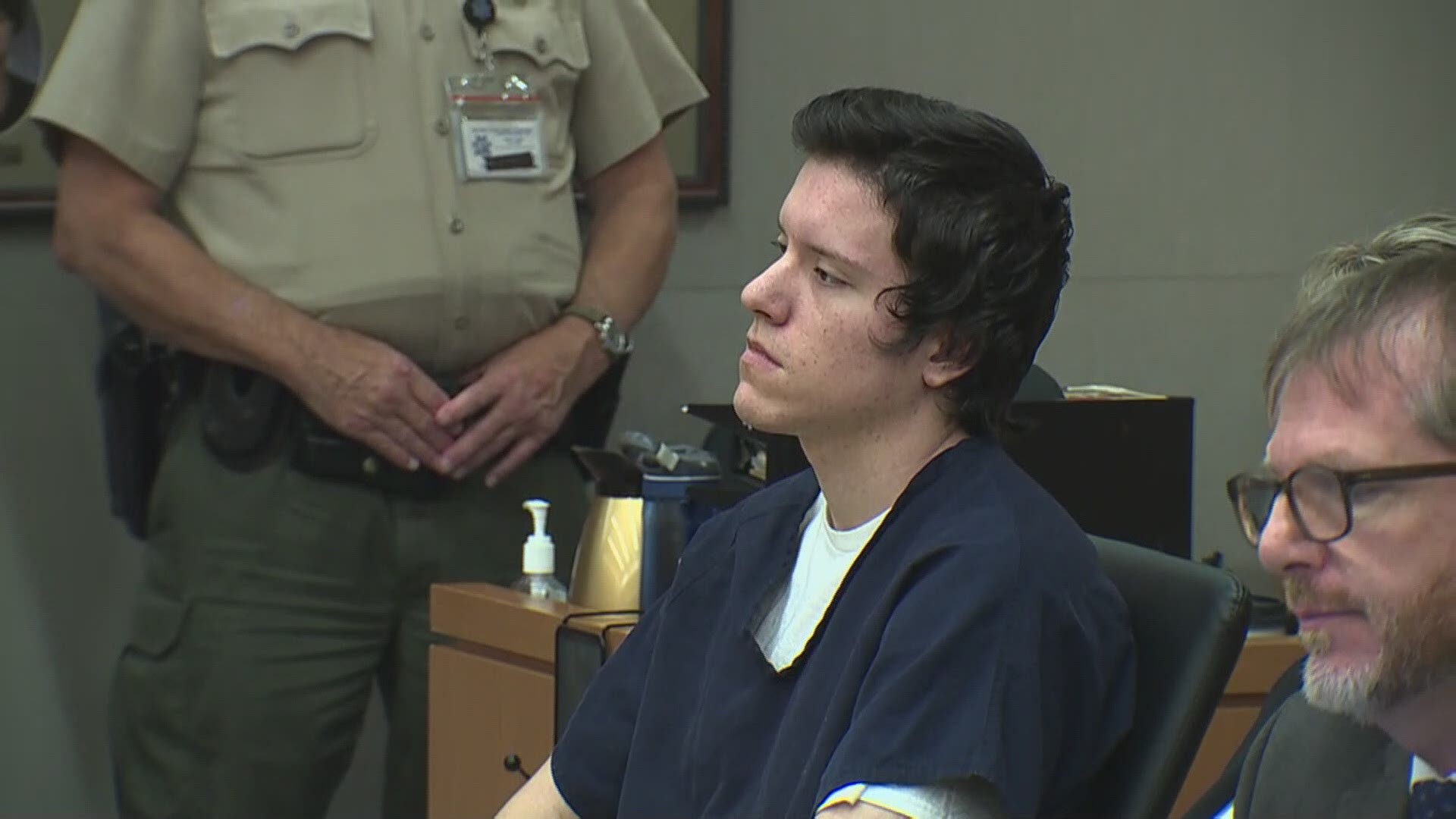 The 911 recording was heard publicly for the first time at Thursday's dramatic hearing, which included playing of surveillance video of the shooting and a congregant describing how he confronted the gunman and chased him away.

"I'm defending our nation against the Jewish people, who are trying to destroy all white people," said the caller on the 911 recording who identified himself as Earnest.

He provided details of where he was waiting for police and promised to leave his AR-15 assault rifle on the passenger seat. He said he would get out of the car with a supply of bullets hanging on the chest of his vest, as if his surrender had already been planned.

Also at the hearing, Oscar Stewart spoke publicly for the first time about confronting Earnest as shots rang out from the lobby.

"People were falling over each other. It was chaos," he said. "I screamed (to everyone) 'Get down! Get out here.' "

Stewart, 51, was standing toward the back of the service when shots rang. He said he took three or four steps to flee and turned around for reasons he still can't explain.

"He was firing in front of me." Stewart said. "I was paying attention to the rifle."

As the gunman struggled to reload, Stewart said he relied on combat training to try to distract him from his plan of attack.

"I told him I was going to kill him," said Stewart, who served in both the Persian Gulf War in the 1990s and in Iraq after the 9/11 attacks.

Stewart walked across the street after the suspect fled, as shown in the surveillance video, and banged on the side of his car. He said he worried the shooter might attack a church next door or a grocery store down the street.

Stewart got out of the way after an off-duty Border Patrol agent at the service said from behind that he had a gun. The agent fired about five shots as the gunman drove away erratically.

Earnest also is charged with trying to burn down a mosque weeks earlier in nearby Escondido, where seven people on a spiritual retreat were sleeping. They awoke to flames and managed to extinguish the fire.

Outside the mosque, authorities say, the suspect had scrawled the name of a man accused of shootings at two mosques in New Zealand that killed 51 people earlier last spring.

The Earnest family released this statement after the judge ordered John T. Earnest to stand trial.

Full video of the preliminary hearing. Content warning: Graphic autopsy photos along with 911 calls and surveillance videos were shown and played in court.