Car after car waited in congested traffic moving slowly down the main roadway into Julian. 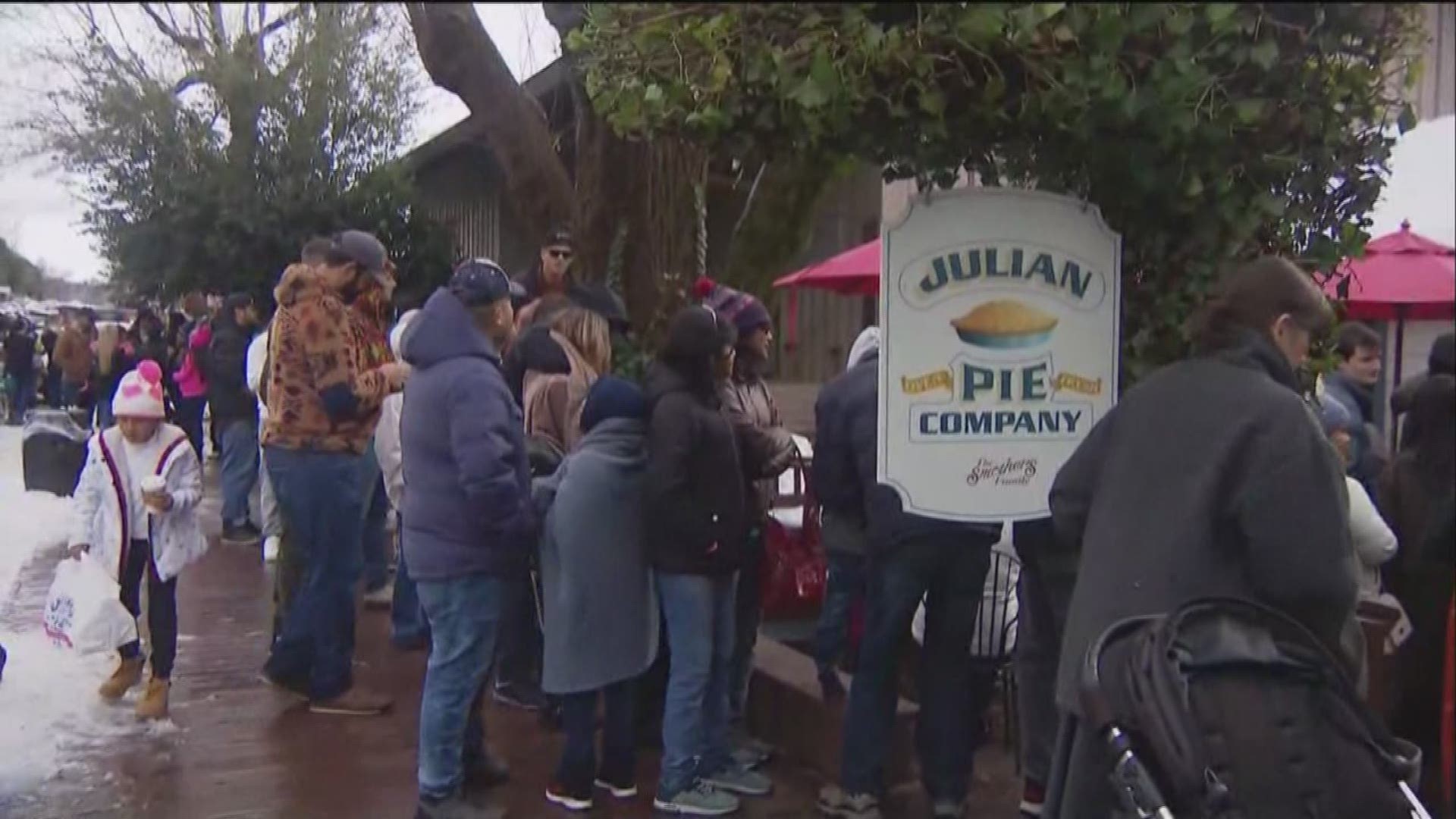 In the heart of historic Julian, California, businesses boomed with customers lined up outside, some waiting as long as an hour and a half at different establishments. More waiting occurred on the highways, as visitors from San Diego drove to downtown Julian.

“About a mile into town and it took us about 45 minutes to get here,” said Jill Shook traveling to Julian from San Diego.

Car after car waited in congested traffic moving slowly down the main roadway into Julian. A scenario the locals know how to avoid.

“We actually know a couple back ways to get in, so us locals can kind of avoid all that,” said Anthony Andrews.

Andrews of Fat Anthony’s Delicatessen chose the perfect weekend to do a soft opening of his business.

“It’s a real beautiful town. We get a lot of good business a lot of people,” said Andrews.

Hugo Barrera came all the way from Temecula, and enjoyed the cold, crisp weather with his hot chocolate and a huge cup of chili.

RELATED: Be prepared before driving to mountains to play in snow

A mom and daughter came to Julian from San Diego dressed in twin leopard print coats.

“We decided to come out for the day, wear matching coats, Come sledding, eat some pie,” said Kristie Hayes, who also said getting pie in Julian can be a challenge.

“We actually already put our name down at the Julian Pie Company. It’s a two-and-a-half-hour wait,” explained Hayes.

Before heading to Julian, here’s some advice from Anthony Andrews:

“There is definitely a line to get up here. I would suggest if you were coming, to come sooner than later.”