Nick Magpantay was in high school and survived the deadly volcano when it erupted in 1965. Now, his family is facing the same fear. 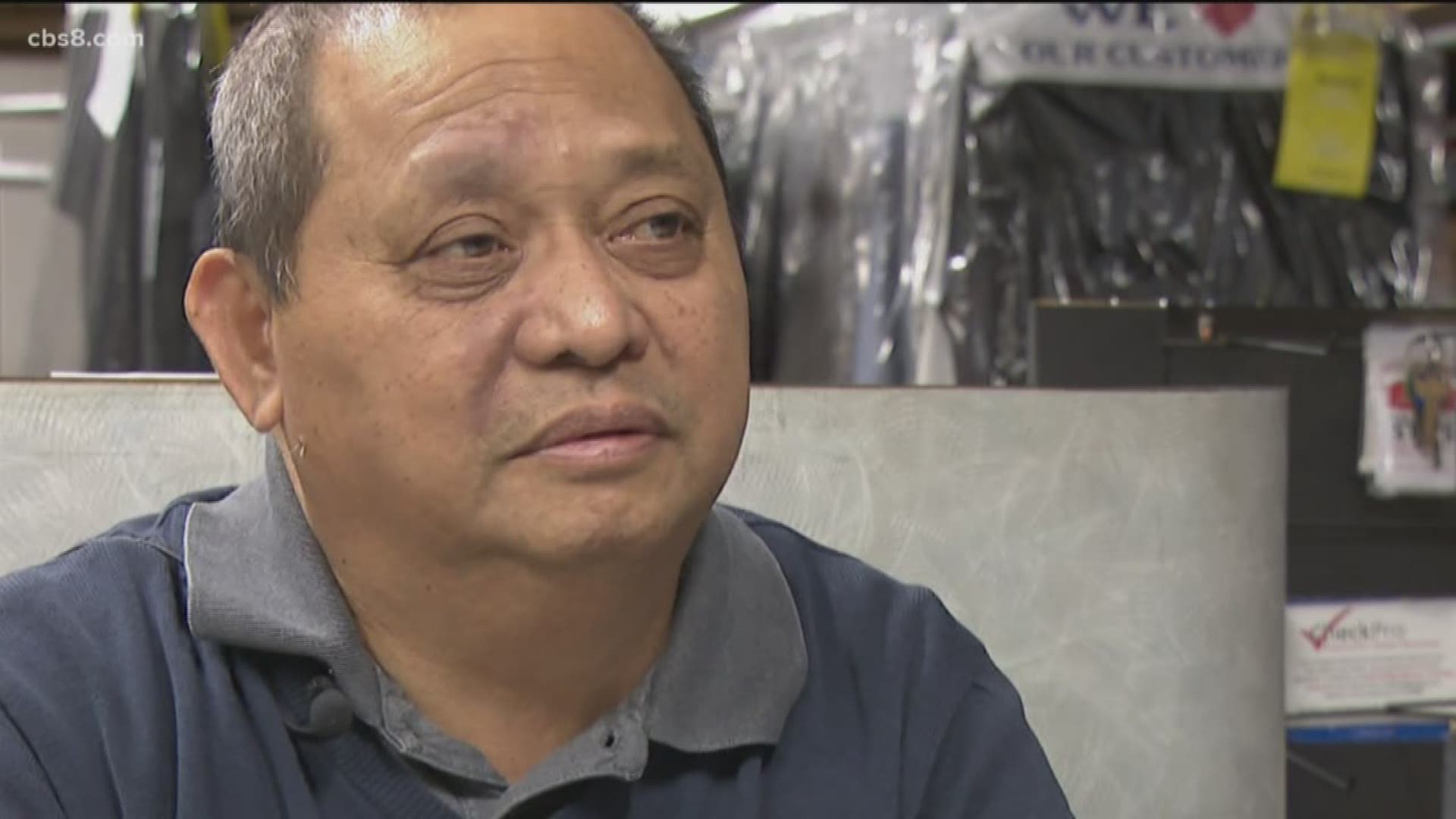 SAN DIEGO — Local Filipino families in San Diego are watching closely as a volcano in the Philippines could have a massive eruption just south of the capital city of Manila. Thousands have evacuated and the news hits close to home.

Taal Volcano is one of the world's smallest volcanoes, but scientists consider it one of the most dangerous. It could trigger a volcanic tsunami, wiping out communities.

Images from the volcano show smoke, dust and lighting and people covered in dust and forced to evacuate in and around Tagaytay.

San Diego is among the top five cities in the United States with a high Filipino population.

Local business owners, Nick and Elena Magpantay, own Klassic Cleaners in Kearny Mesa and have family who evacuated and have kept in touch with them each night.

The Philippines' agency monitoring the volcano raised the danger to level 4, which means there's potential for another hazardous eruption.

“Sometimes it’s a nerve-racking thing. You see the fireworks. It's real fireworks. Lightning will be coming out in all directions,” said Nick Mahpantay.

Nick was in high school and survived the deadly volcano when it erupted in 1965. He has a hard time watching the dramatic video of lightning in the volcanic clouds and people wearing masks while covered in ash.

“I don’t need to watch those videos because I know what it looks like," he said.

The Magpantays' daughter and son live in Manila, which is about 37 miles north of Taal Volcano. They need to wear masks, but have told their parents they are not in immediate danger.

“They are experiencing the ash and it is very thick,” said Elena Magpantay.

As the Magpantay family continues to stay in touch with their kids, they know their families will overcome the devastation.

This will also impact their livelihoods. Dust covers the pineapple groves and the lava is flowing into the lake, which impacts their fish market.