Walker, boyfriend of Breonna Taylor, was charged with attempted murder of a police officer after he started shooting at officers executing a no-knock search warrant 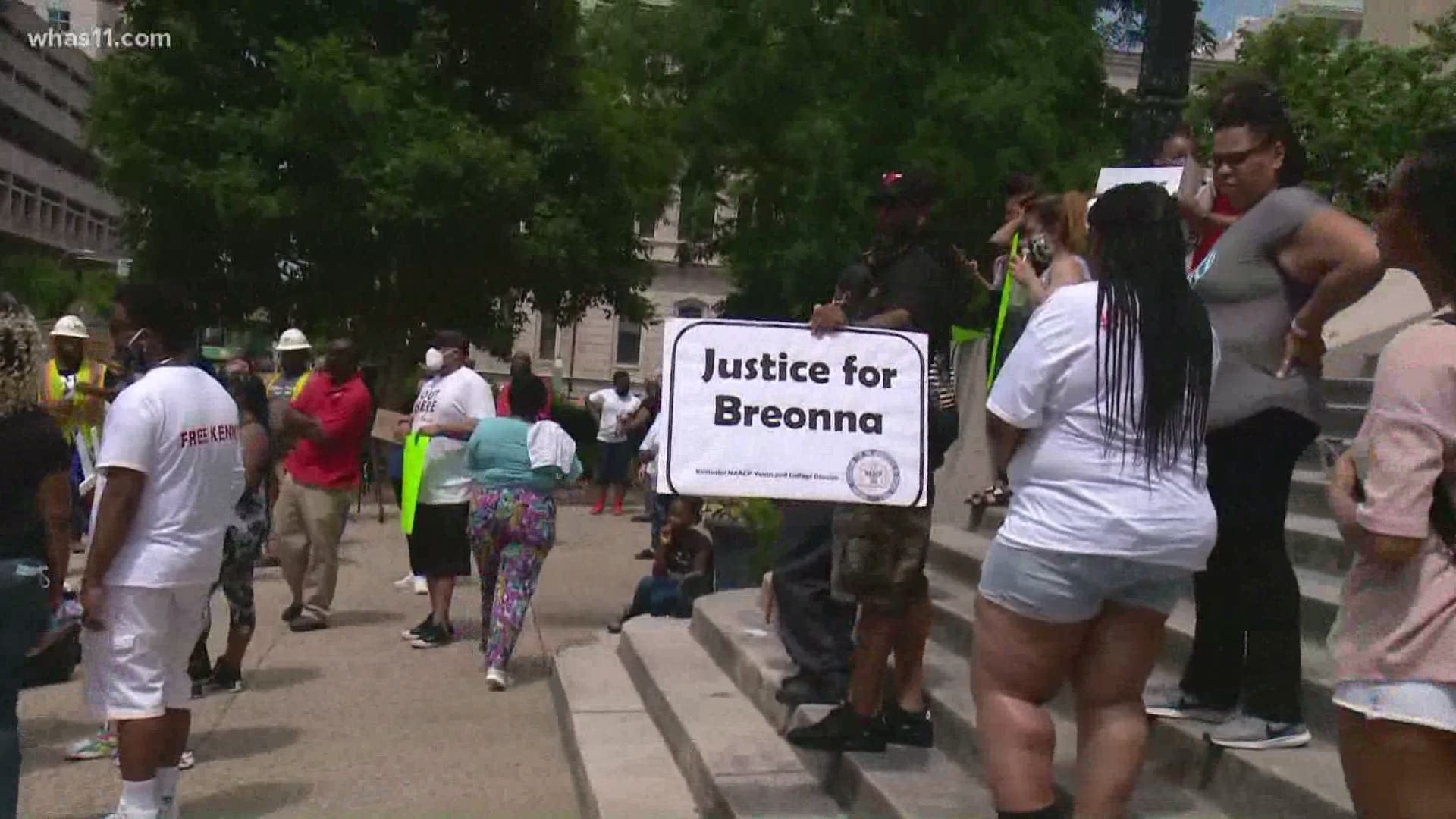 LOUISVILLE, Ky. — Friday, Commonwealth Attorney Tom Wine asked a judge to dismiss the case against Kenneth Walker.  Walker, boyfriend of Breonna Taylor, was charged with attempted murder of a police officer after he started shooting at officers executing a no-knock search warrant at Taylor's apartment.

WHAS11 has learned the charges have been dismissed. According to a court document [Commonwealth of Kentucky vs Kenneth Walker III] dated May 26, 2020, a judge dismissed the indictment without prejudice.

This matter having come before the Court on the Commonwealth’s motion to dismiss the indictment herein without prejudice pursuant to RCr 9.64, the parties having been heard, and the Court being otherwise sufficiently advised, IT IS HEREBY ORDERED that the motion is GRANTED and the indictment against Defendant is DISMISSED WITHOUT PREJUDICE.

In addition to being charged with attempted murder of a police officer, Walker was also charged with first degree assault.

Walker hit one officer in the leg when he fired his gun thinking it was a home invasion. Wine said that while reports said the officer was hit in the leg, it could have been significantly worse if not for his wallet in his pocket.

"There is no amount of cocaine, heroin, marijuana...worth the life of a human being, whether it's a civilian or police officer," Wine said.

Taylor was found shot in the home and later died. The FBI has opened investigation into Taylor's death after Louisville Metro Police handed over its investigation findings.

Walker's attorney filed a motion Thursday saying police presented misleading information. Wine said his office has filed a response to the motion, saying they "strongly disagree" with his analysis.

Wine said there is no misleading testimony and no ethical breaches of his office, but he said he does agree that more should have been presented to the grand jury.

If Wine's office believes there is sufficient evidence, Wine said they will bring it to the judge. Wine also said that Walker will be given the opportunity to testify if he wants.

Wine did say he believes police did announce their presence and knocked on the door after hearing multiple officer's testimonies, as well as Walker's. Wine played multiple clips of Walker discussing a banging on the door the night of the shooting.

The warrant was executed as part of a drug raid where neither Taylor nor Walker were the primary targets. In an affidavit, Walker's father said he was not a drug dealer, scheduled to start a new job at the post office. The Valley High School graduate was placed on home incarceration.

Friday, Attorney Ben Crump released this statement after Wine called for a dismissal of charges against Kenneth Walker:

“Today, Commonwealth Attorney Tom Wine announced that the charges against Kenneth Walker have been dismissed -- charges that never should have been filed. This is a belated victory for justice and a powerful testament to the power of advocacy.“Kenneth Walker and Breonna Taylor did everything right the night police ambushed their home, killing Breonna. Kenneth called 911, although the Commonwealth Attorney did not play it today. They asked several times who was at the front door without a response. Kenneth fired a non-lethal warning shot from a legally registered gun. Unlike the police, he did not shoot to kill.“While dismissing the charges is the right thing to do, it comes more than two months after Breonna was killed and Kenneth was arrested. Louisville police spent these months defending their actions and smearing Kenneth’s and Breonna’s good names. This is just another step to the LMPD taking full responsibility for its actions. “They need to get their story straight. First, they publicized that they knocked and announced. But then they stated they had a no-knock warrant that did not require them to knock and announce. And then today, the prosecutor said on a dry erase board that it was a knock and announce warrant. And they want the public to have faith that they can trust the police in the execution of this warrant. Until everyone involved is held accountable and the full truth of what happened that night is revealed, justice for Kenneth and Breonna is incomplete.“To everyone who stood with Bre, thank you and continue to raise your voice for justice and for the value of Black lives.”