The City of San Diego says three trees have “Defects and Decay" and need to be removed. Residents say they plan to protest until the city takes a closer look. 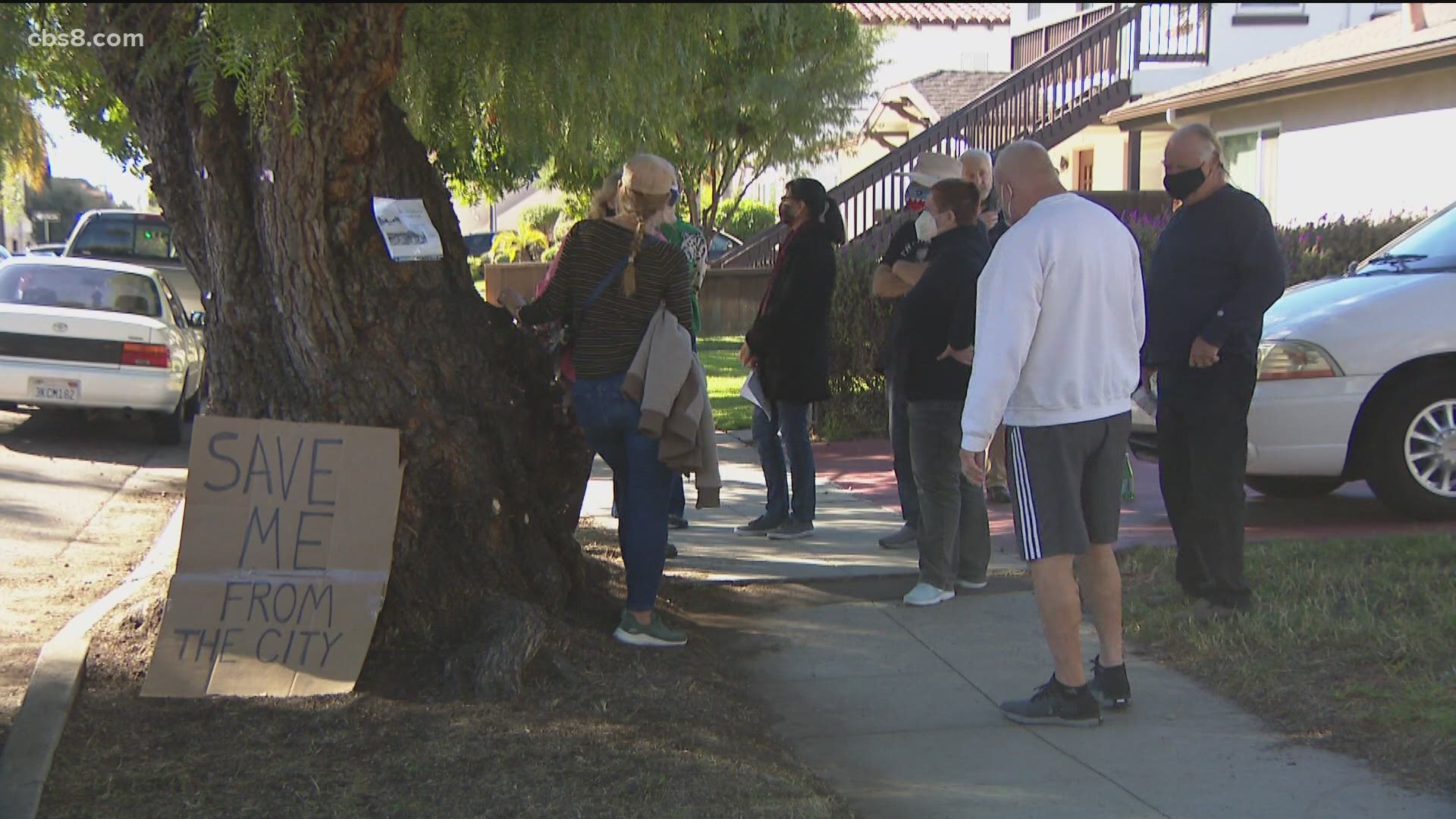 SAN DIEGO — Since last Friday, a group of concerned neighbors have been sitting in protest under the shade of one-hundred-year-old pepper trees.

The City of San Diego says three trees on Marlborough Drive in Kensington have “Defects and Decay” and have been slated for removal. So those who care about the pepper trees in the neighborhood have made sure that the city can't cut them down.

“They’re just as much a part of this neighborhood as any of these old houses are," said longtime Kensington resident Maggie McCann. “You should not just walk up to a 110-year-old historic resource and whack it because it’s inconvenient.”

The trees were identified by the city last year for removal, but McCann disagreed and hired her own independent arborist. He returned on Friday to inspect the trees again.

“The ratio between the trunk and branches is very important,” said certified arborist and former campus forester for UC San Diego Sam Oludunfe. “After my assessment I recommended that this tree be cut down immediately.”

In his report from last year, Oludunfe concluded that only one of three pepper trees needed to be removed, adding there wasn’t enough evidence that the other two needed to be cut down.

“My first reaction is to look closely at a tree, with a view of keeping it for as long as I can,” he said. “I always say that chopping off one’s head is not the proper cure for a headache.”

Though there were no tree trucks or no parking signs Friday, a representative for the city says they are still in conversation for how they’re going to move forward. But McCann and the dozen or so protesters say they will be out there everyday, until the city takes a closer look at the old trees.

“We’ll be here everyday until this matter is resolved,” said McCann “I mean, we live here. What else are we going to do? It’s a pandemic, we have nowhere to go!”

The 100- year old pepper trees in Kensington are back on the chopping block and neighbors are not too happy. @CBS8 pic.twitter.com/POGI8M2RbY

RELATED: Why palm trees are dying in San Diego County