For Kelly Egan and her guide dog, Hope, a simple task like crossing the street can be very scary. 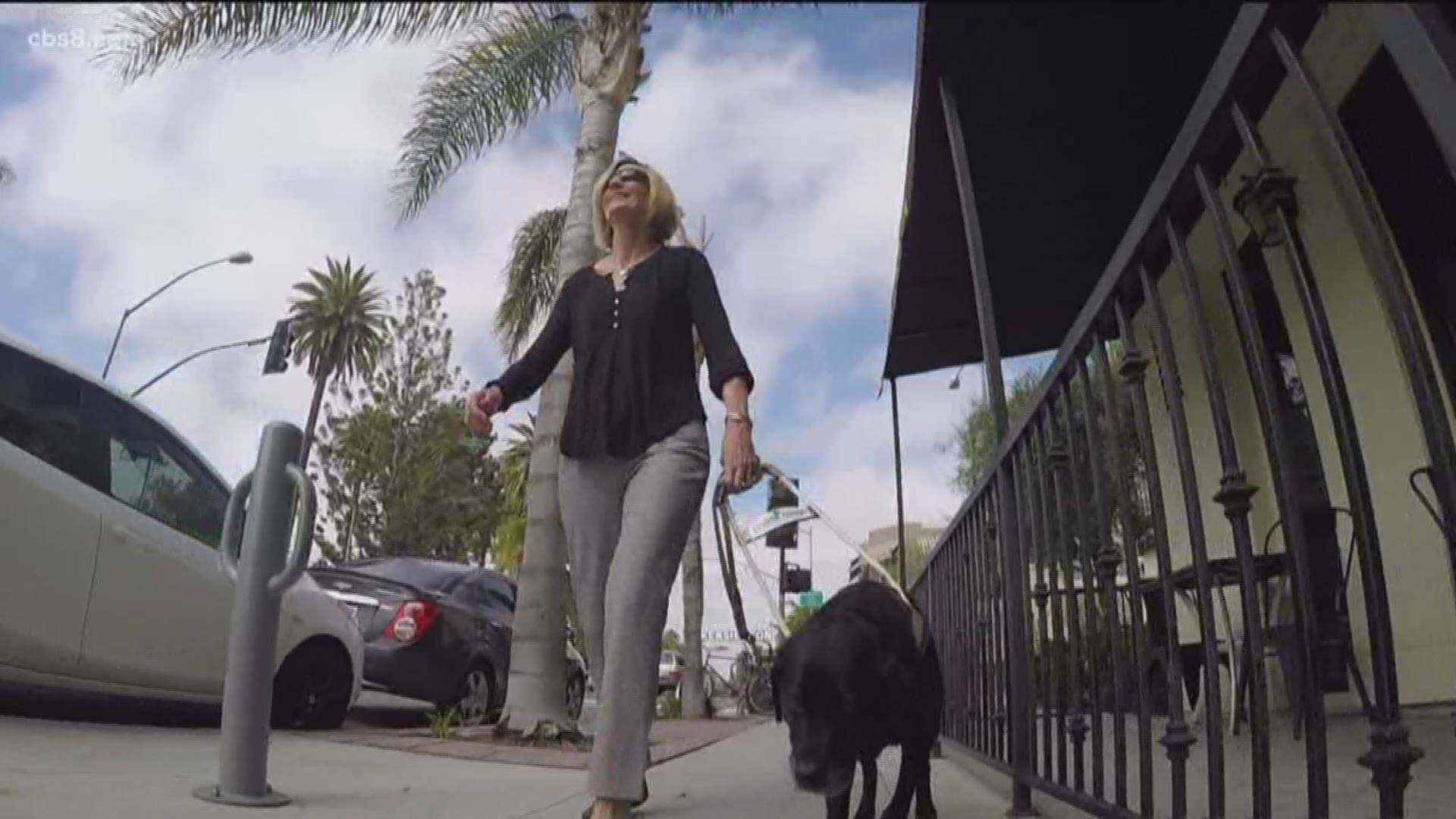 SAN DIEGO — The intersection at Marlborough Drive and Adams Avenue in Kensington is always busy with cars and with pedestrians. For the visually impaired, trying to cross the street is extremely challenging.

For Kelly Egan and her guide dog, Hope, a simple task like crossing the street can be very scary.

Egan told News 8 the City of San Diego promised to install an audible pedestrian signal two years ago – in 2017. The city never did because, according to the city, it was waiting for proper equipment.

Egan suffers from a rare condition called cone-rod dystrophy. She used to be able to see but over time she lost her vision.

In 2016, she moved to Kensington and shortly after began asking the City of San Diego to install an audible pedestrian signal at Adams and Marlborough, so she and Hope could safely walk through the neighborhood.

“I have pretty much been asking all along since I have been here. I continued asking up through 2017,” she said.

In June of 2017, Egan received an email from City Council representative Georgette Gomez’s office that said the project had been funded and would be installed by the end of 2017.

Nearly two years later, there no audible traffic signal has been installed.

“It just feels like it does not matter to those that are supposed to be fixing it,” said Egan.

News 8 reached out to the City of San Diego and Gomez’s office to find out what the holdup is, but Gomez’s office said they “thought it was going to be installed this month.”

The City of San Diego, however, said it is still waiting on the equipment needed to complete installation. Further, the city said it expects to have the equipment by the end of the month.

Egan said she is not interested in blaming anyone.

“I am not holding onto the emotion energy of it. I just would be happy to get it done for myself and for anyone else visually impaired or needs more time crossing the street.”

When will the signal be installed? It remains unclear, but once the city gets all the equipment, which is expected by the end of April, it will have a better idea of a timeframe.

A spokesperson for the city told News 8 more than 35 audible pedestrian signals at different intersections across the city will be installed.

News 8 welcomes story ideas or suggestions you may have. Email us at yourstories@kfmb.com or follow this link to fill out the submission form: Your Stories Submission.