Army Corps crews stand down during protest march near Boulevard. 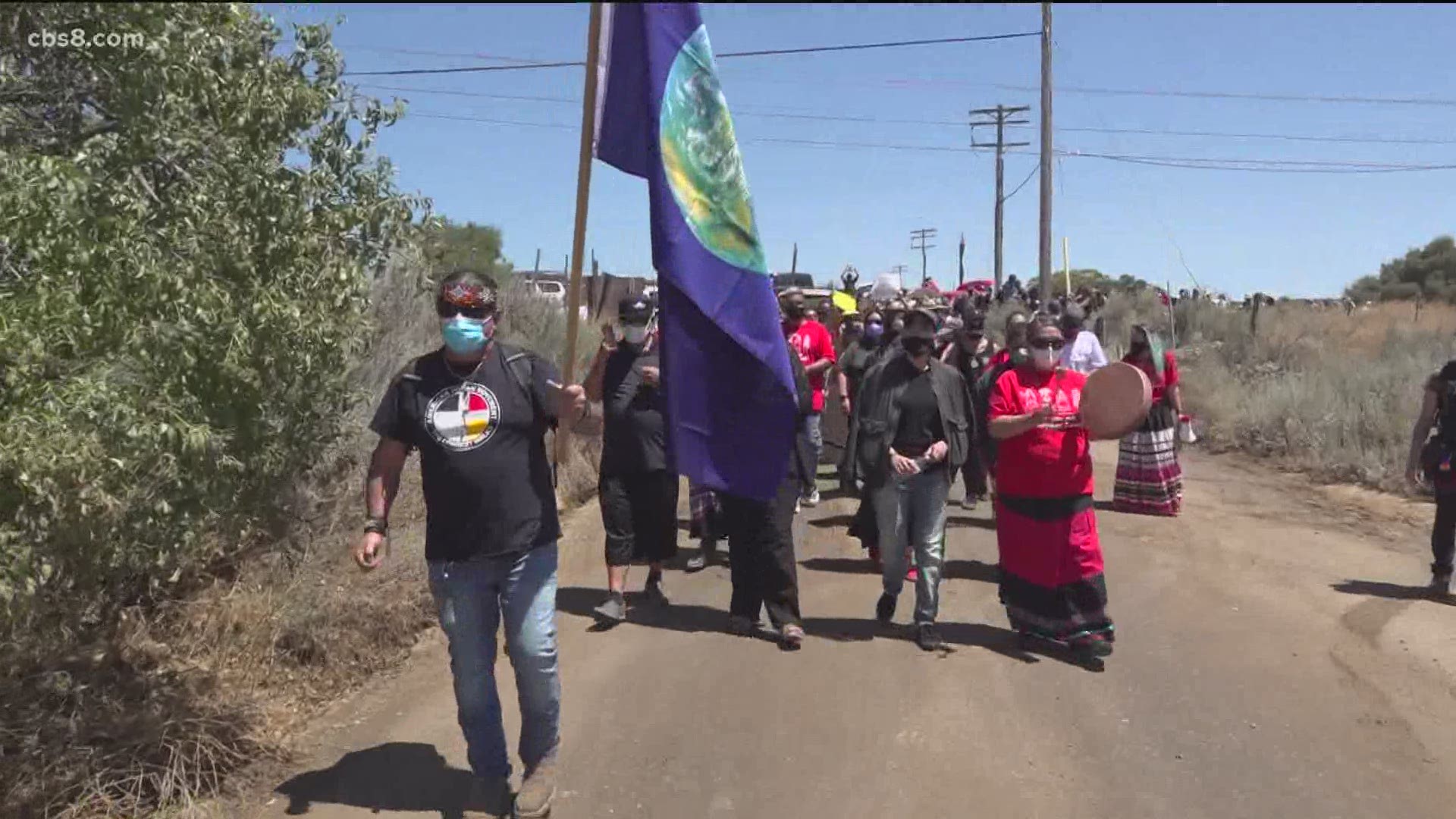 TIERRA DEL SOL, Calif. — For the second time this week, blasting had to be stopped along the border as protesters showed up at the border wall construction site near Boulevard.

Members of the Kumeyaay Tribe are concerned their ancestors may be buried where the blasting is taking place.

“That’s why we're all here because we believe we can make a difference,” said Bobby Wallace in a staging area before Wednesday’s march.

He told the crowd no violence would be tolerated, as people passed around burning sagebrush.

The plan was for a peaceful protest with about 100 people driving to the border in Tierra Del Sol and walking to the wall construction site.

“This particular action is not about stopping a border wall. This action is about respect for the ancestors and the land,” said Olympia Beltran, a member of the Yaqui Nation.

Near the construction site, U.S. Border Patrol agents initially blocked the march at the top of a private road, but it was clear de-escalation techniques were working and people were communicating.

Agents remained calm and allowed the entire crowd to walk peacefully to the border wall construction site with the assistance of a supervisor with the Army Corps of Engineers.

The protesters were concerned that blasting along the border is taking place in areas where Kumeyaay Nation artifacts and burial remains may be disturbed.

They called for the Army Corp of Engineers, which is in charge of the construction project, to allow Kumeyaay inspectors to monitor the site.

The Border Patrol issued a statement saying surveys already have been conducted and a cultural monitor is on-site to make sure no artifacts or remains are destroyed.

Angela Elliott-Santos, the tribal chair of the nearby Manzanita band of Indians, led the group in a prayer session in front of the Vietnam-era landing strip barrier that is being replaced.

“Let us say our prayers because under this ground is the bones of our ancestors,” she said.

The protest ended entirely peacefully. There was little doubt the construction and blasting would continue later, but the marchers got their message across.

Blasting started on Monday along the border near Boulevard but had to be halted when Kumeyaay protesters showed up.

Construction crews also had to stand down during Wednesday’s march, which lasted about two hours.