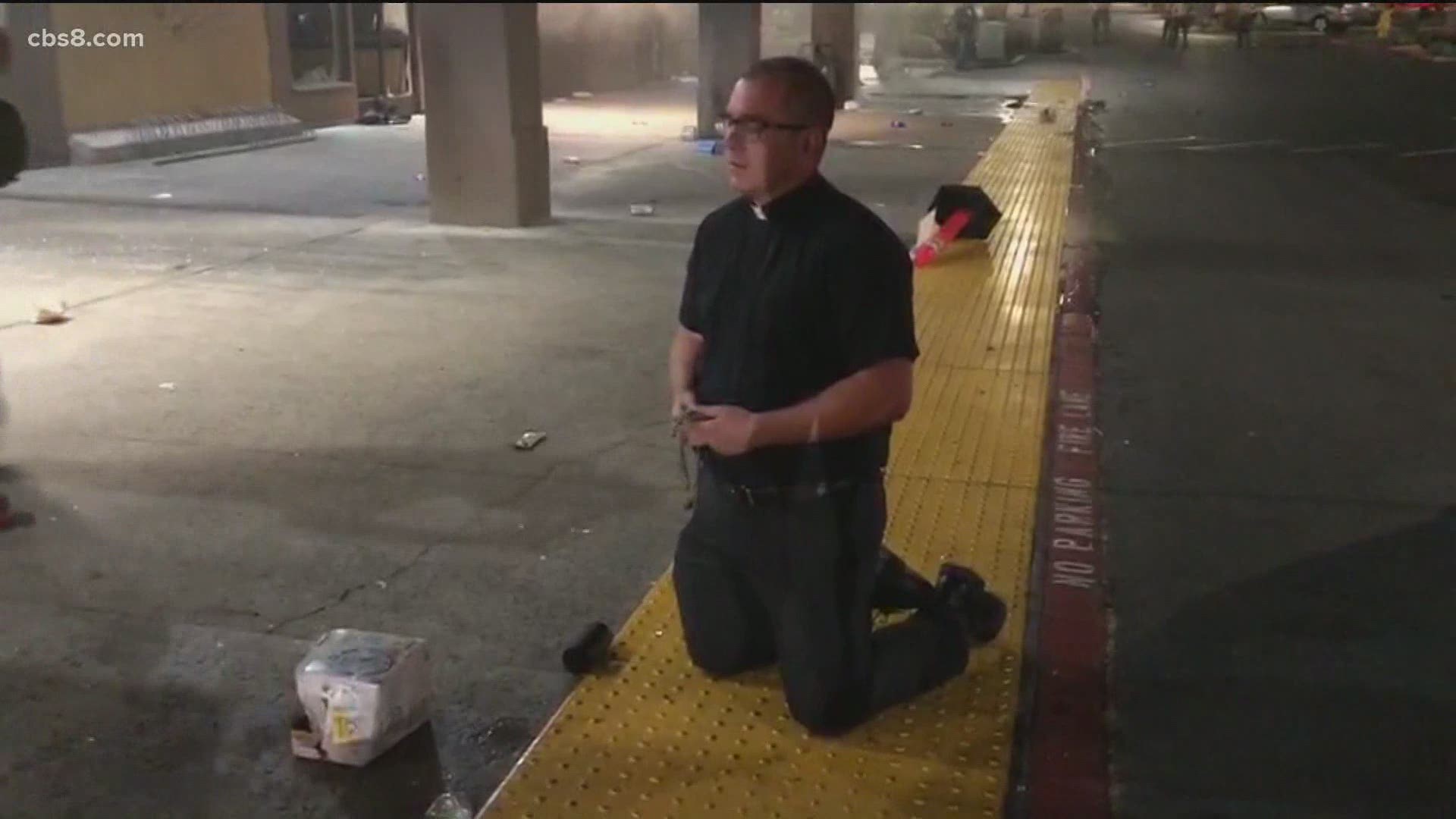 SAN DIEGO COUNTY, Calif. — The images are shocking. Buildings on fire and looting in La Mesa Saturday night, following a day of peaceful protests. Businesses had their windows broken.

But in the midst of the chaos, an image struck a cord with the community during a night of violence.

"I looked at my phone and somebody sent me a text that said city hall was on fire, and I said I have to go down there," said Pastor Travis Ferguson from Christ Lutheran Church in La Mesa.

Pastor Ferguson prayed in front of a La Mesa Vons grocery store as it was being looted.

"I saw the crowd over there at Vons, and just felt compelled to pray for the people who were looting for the police officers who went down that line," he said.

Pastor Ferguson is no stranger to these types of incidents. He was a police chaplain when another city went up in flames.

"When the Michael Brown stuff went down, I was a police chaplain in Ferguson, and was there for the riots, protests - on both sides," he said.

While those riots were definitely worse, he said the sadness, anger, and outrage over racial injustice is all the same.

"At the end of the day, looting the Vons is not going to change the problem that we have in our culture and it’s not going to change injustice," said Pastor Ferguson. "It doesn’t mean all cops out bad, but they need prayer and as a former police chaplain, I love police officers. They are here to serve and protect. Sometimes they don’t do that job, and they should be held accountable just like anyone else."

On Sunday, a new day brought a new energy and in the early mornings hours, La Mesa residents came out with broom sticks in hand to clean up and help protect what was destroyed.

"That’s the amazing thing about the human race, is that we still want to help even in the midst of sadness and even brokenness," said Pastor Ferguson.