Customers began lining up at 7:30 a.m. for the store opening that took place at 10 a.m. 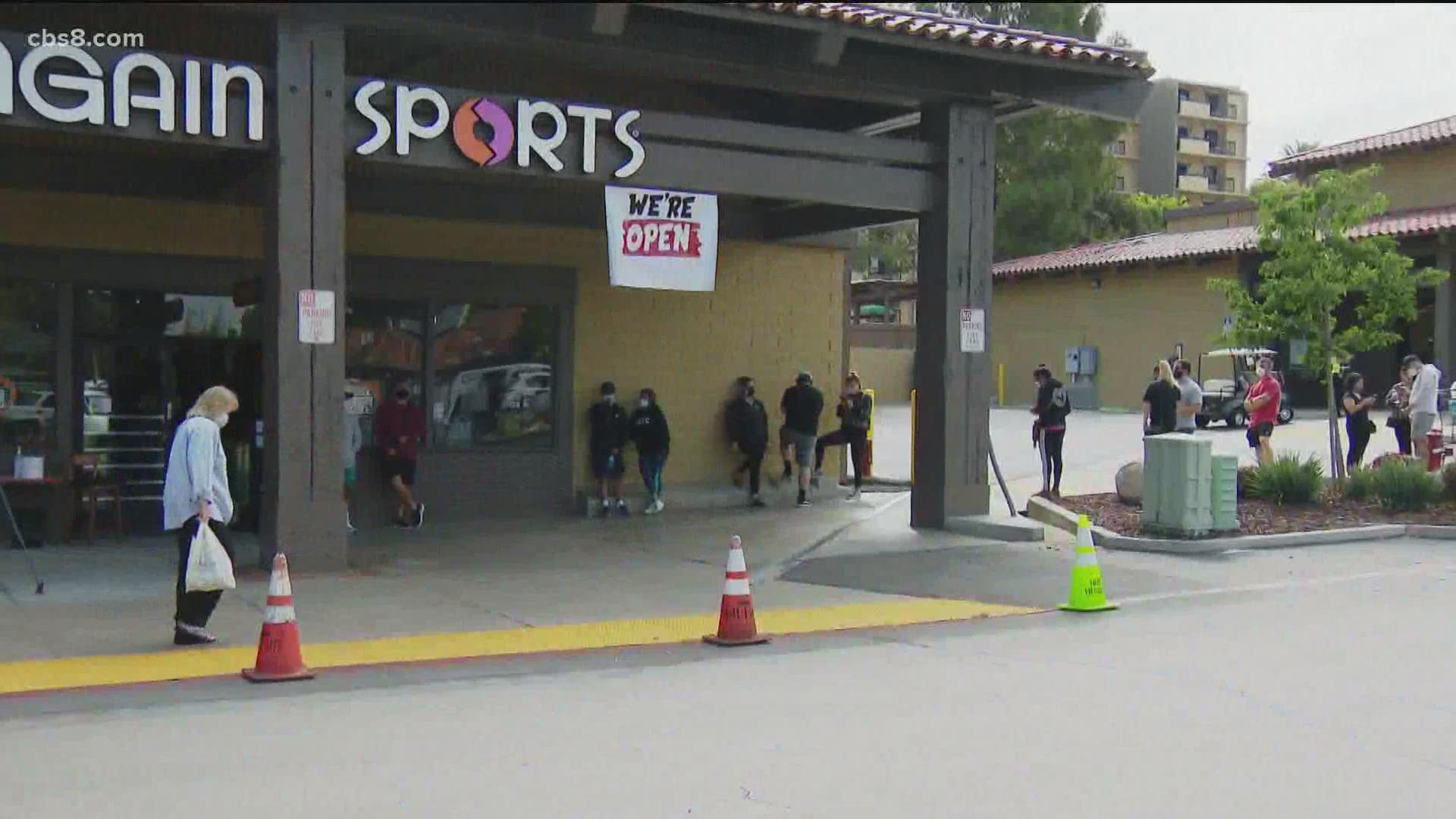 LA MESA, Calif. — The Play It Again Sports in La Mesa that was destroyed by rioters in May is back open for business.

The sports equipment and apparel store was vandalized, looted and burned the night of May 30. The building suffered broken windows as well as extensive fire and smoke damage.

Several businesses teamed up a few weeks back to hold a sporting equipment donation drive to help rebuild the store’s inventory.

On Thursday, hundreds of customers began lining up, some as early as 7:30 a.m. for the store opening at 10 a.m.. Shopping was limited to 15 customers inside the store at a time. Online and curbside pickup shopping is expected to be available by Monday.

Owner Dan Buxton spoke to News 8 on Thursday saying that the night his store was being looted and vandalized, he thought he was going to lose everything. He went on to say that the following morning dozens of volunteers were outside his shop sweeping and helping him board up the windows.

Buxton says he is thankful not only for the La Mesa community but all of San Diego county that has supported him.

The full interview with the owner, Dan Buxton can be found below. 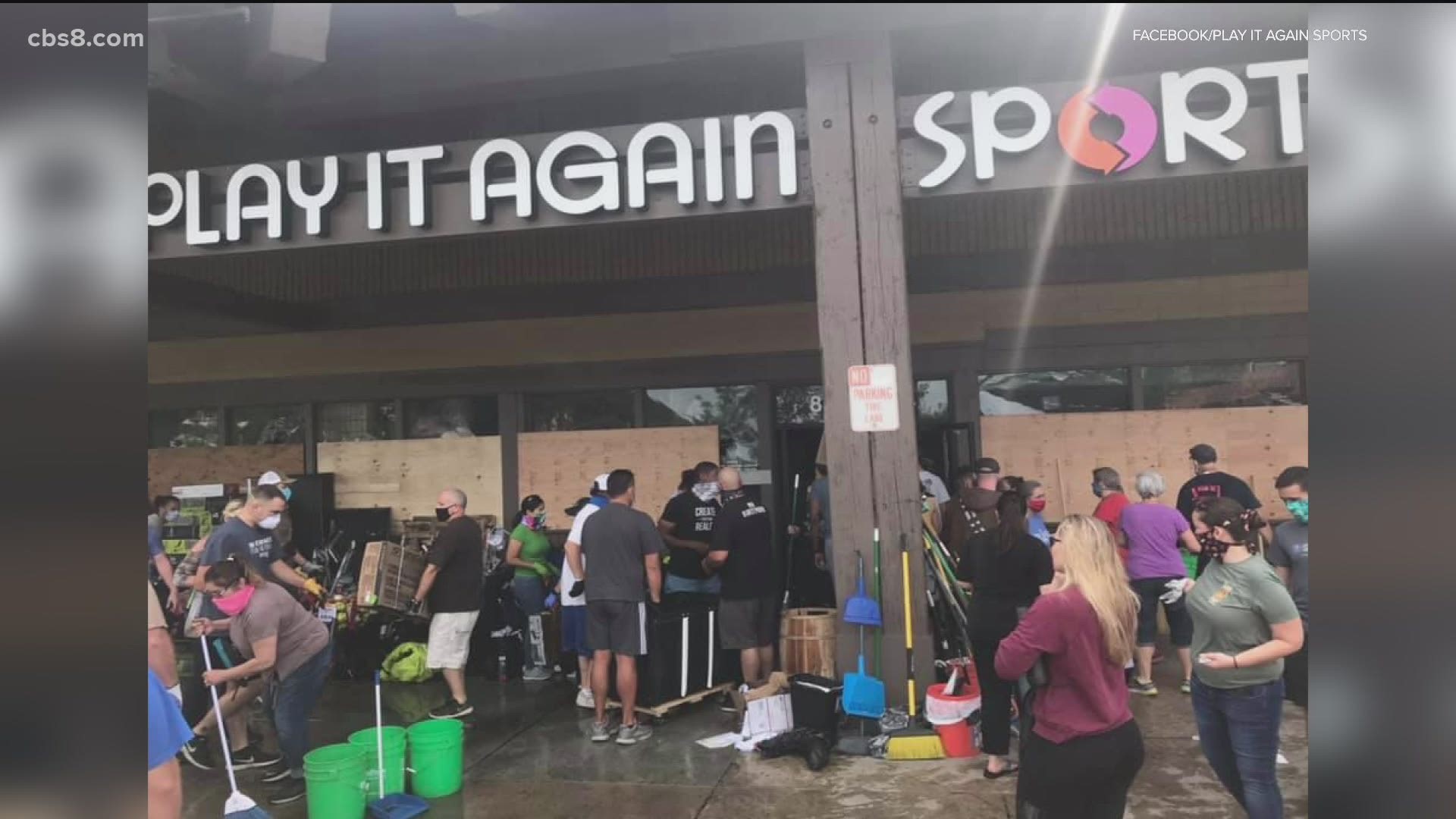 RELATED: Businesses damaged in La Mesa riots will get funds through online process