Major justice reforms were passed at the county and city levels Tuesday, from San Diego to La Mesa 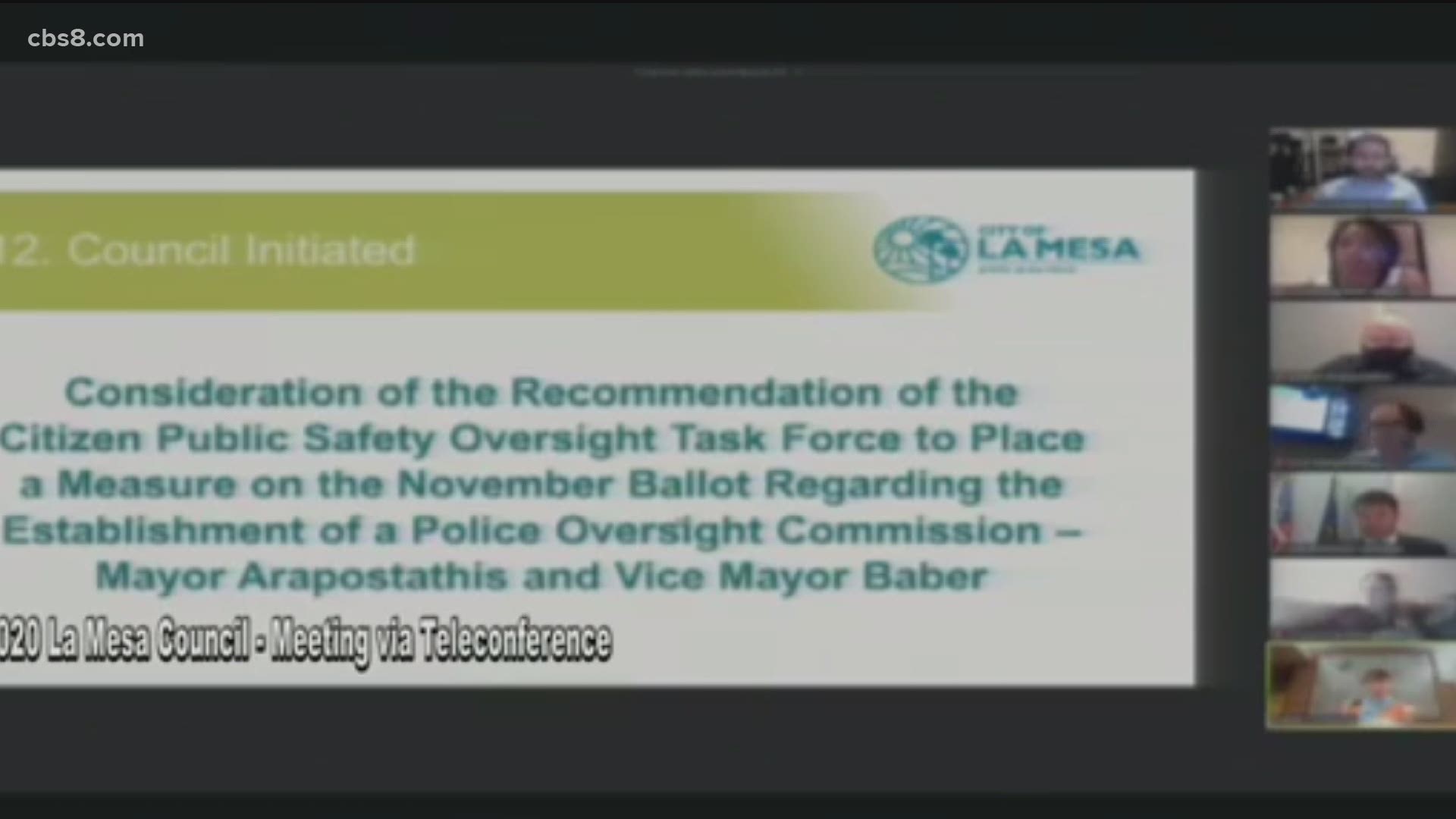 LA MESA, Calif. — The city of La Mesa - the scene of major racial unrest over the past month --  moved forward on police reform Tuesday night.

Before the vote, the public had its say through a virtual platform.

"The La Mesa Police Department and Chief Walt Vasquez have demonstrated that they are incapable of operating within the limits of what is safe and legal and have failed to serve and protect our community," one community member said.

"If this committee were already in place, we could start to see some of the changes that are needed concerning serious misconduct by the La Mesa Police," another La Mesa resident stated.

The task force was also granted $50,000 to help in its work and has until September to finalize its report.

Also on Tuesday, the three-pronged "Racial Justice and Law Enforcement Realignment Policy Package'' was approved by the San Diego County Board of Supervisors after considerable public input and discussion.

The three policies involve strengthening the Citizens' Law Enforcement Review Board's authority and independence, opening an Office of Equity and Racial Justice for San Diego County and having Mobile Crisis Response Teams that use clinicians instead of law enforcement for mental health and homeless services. Supervisor Nathan Fletcher unveiled the proposals on Friday.

According to his office, independence from the county sheriff would be needed to strengthen the Citizens' Law Enforcement Review Board, as well as granting it independent authority to investigate use-of-weapons and use-of- force claims.

For the Office of Equity and Racial Justice, the county will involve communities of color to set policy and budget priorities, secure and administer restorative justice programs and "dismantle systemic barriers that present obstacles based on race," Fletcher recently said.

For the Mobile Crisis Response Teams, the county would need to set up a helpline, conduct an outreach campaign and dedicate $10 million annually of its Health and Human Services Agency budget toward the teams.

"The community called for change, and today's action is a step forward," Fletcher said after the meeting.

"Tackling deep-seated issues of systemic and structural racism is not going to be easy and at times it will be uncomfortable, but we will be a better organization and a better people because of the actions we take to support racial justice and realigning law enforcement."