Leslie Furcron was with a crowd of fellow protesters demonstrating against police brutality when she was struck in the forehead by the projectile. 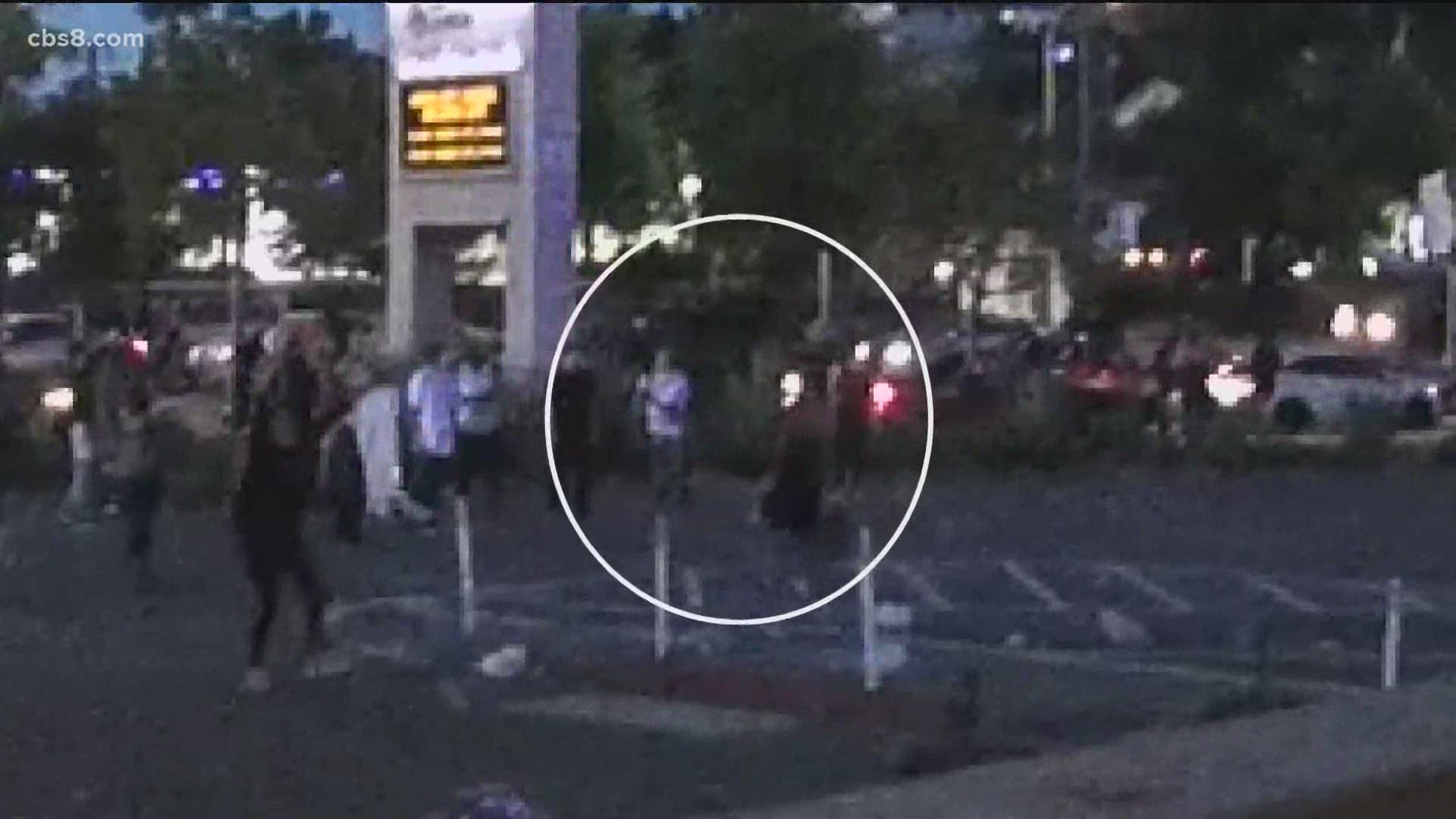 LA MESA, Calif. — The La Mesa Police Department on Wednesday released body-worn camera footage and "an accompanying critical incident video" of a woman being hit with a bean bag projectile during a protest on May 30. The protester, 59-year-old Leslie Furcron, was hospitalized after being struck by what her attorney, Dante Pride, described as a "flying blackjack" and a "metal projectile bean bag," leaving her in an intensive care unit in a medically induced coma. The department describes the projectile as a "less lethal bean bag round."

La Mesa police also identified the officer that fired the round which struck Furcron as Detective Eric Knudson. Officials said he has been with the department for 12 years and is currently on paid administrative leave. 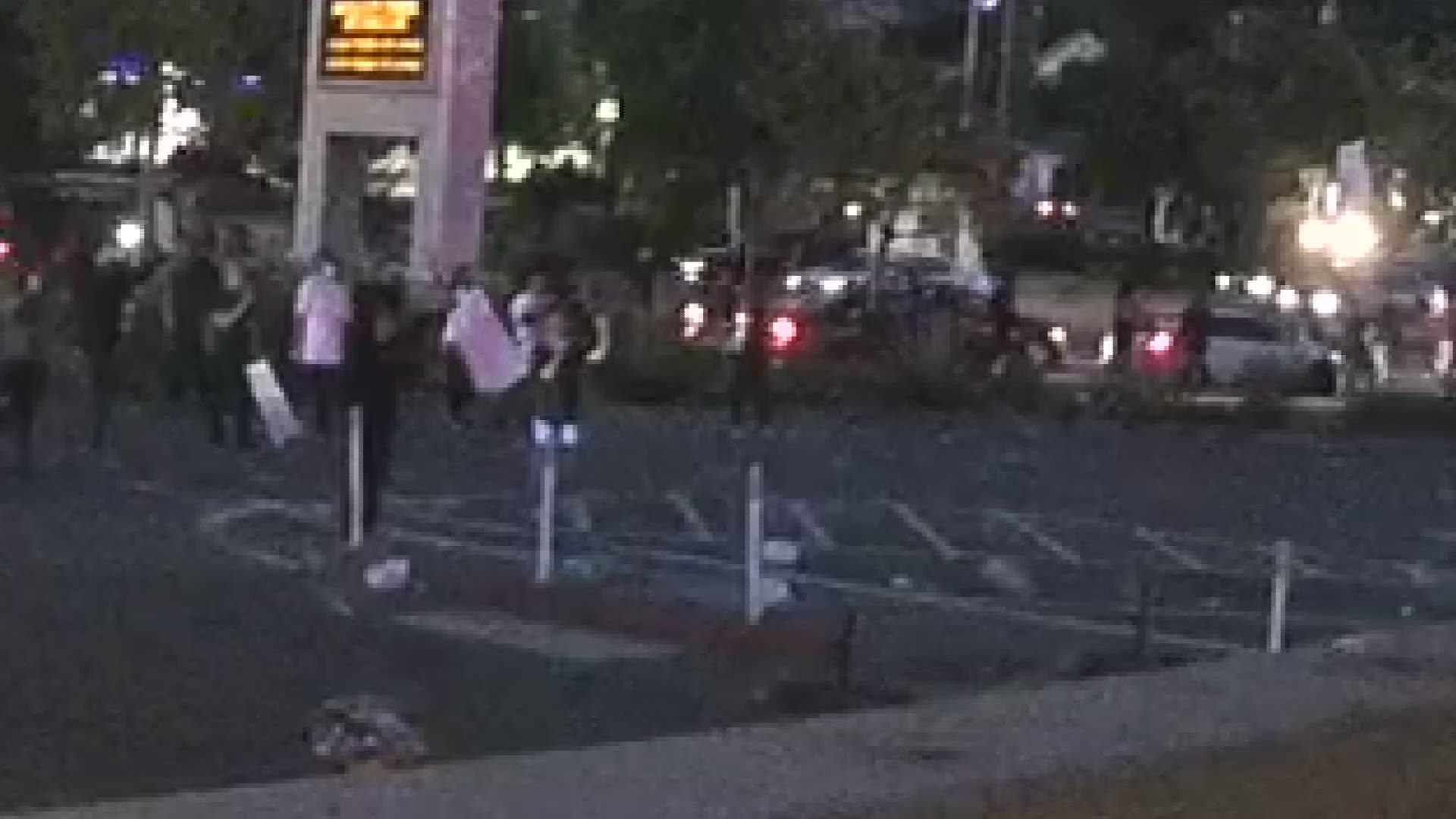 Critical incident video can be seen below and body camera footage is shown in the video player above. Text in the video describes the protest as beginning peacefully but evolving into civil unrest when protesters made their way onto nearby Interstate 8.

The video says the protest which continued outside LMPD headquarters was declared an unlawful assembly at 5:09 p.m. after an act of arson was committed in the are and protesters reportedly began throwing rocks at officers.

"Multiple orders to disperse were given," the video states.

The video states that Furcron arrived at the LMPD parking lot at approximately 8:14 p.m. According to police, the distance between Detective Knudson who fired the bean bag round and Furcron was approximately 96 feet.

About five-and-a-half minutes into the video above text on the screen states that Furcron in a white shirt can be seen throwing an object in the portion of the video that follows. She is seen falling a few moments later. The video is zoomed in and highlighted in the next portion to reportedly show Furcron throwing something.

As for the object Furcron allegedly threw, Pride said it was an empty soda can and said her worst offense was littering.

“Had that can struck an officer, or even come close... you would believe and I know that would've been on the video that they released," said Pride.

Body-worn camera footage from Detective Knudson can be seen below.

The incident came under scrutiny after video of Furcron being hit by the projectile from her own Facebook live stream circulated online along with pictures of her injuries.

The police department began an immediate internal investigation into the matter and took Knudson off active duty pending completion of that probe, Vasquez said.

In releasing the new information in the case, La Mesa police noted that the protest had devolved into violence, looting and arson prior to the wounding of Furcron.

"For ... several hours, officers were continuously attacked and struck with large (baseball- to softball-sized) rocks, water bottles (many of which were frozen), and pots and pans," department officials asserted in a prepared statement. "The police station was seriously vandalized, to include acts of arson, spray painting and the breaking of windows. ... La Mesa City Hall and (its) council chambers sustained extensive fire and looting damage."

Protesters burglarized businesses, smashed many windows and set fire to two banks in downtown La Mesa throughout the night following the protest.

Video footage released by police Wednesday afternoon showed officers clad in riot gear and armed with rifles dodging what appeared to be stones the size of oranges, or larger.

In a video statement that accompanied the release of the dramatic video, Vasquez struck a conciliatory note, promising to "continue to pray for Ms. Furcron in hopes that she continues to heal and makes a full recovery with her family at home."

"It is my hope that we will continue to heal the wounds, nurture an environment of open communication and make La Mesa a safer place to live," Vasquez chief said.

Furcron spoke about the incident and her injuries after she was released from the hospital June 9.

Her lawyer previously said he believed the officer intentionally shot the bean bag round at the grandmother and the La Mesa Police Department should be held liable.

"I believe La Mesa Police Department has admitted, by their own self-serving timeline, that the officer fired in retaliation for what he thought was Ms. Furcron throwing an object," Pride said referring to a timeline of events released by the department on June 9 outlining peaceful protests that took place on May 30 followed by rioting and looting in the city that lasted into the early hours of May 31.

Furcron previously petitioned a court seeking to force the department to release the involved officer's name. According to the petition from late June, Furcron suffered "multiple facial fractures," had not yet regained sight in her left eye and "will face a lifetime of recovery from the injuries."

La Mesa police Chief Walt Vasquez issued a statement last month assuring Furcron, "her family and the public that this unfortunate incident will be fully investigated, to include an in-depth look at our crowd control practices."

The San Diego County District Attorney’s Office has been briefed on the case, according to LMPD, and will review the full investigation when it is completed to determine if Knudson "bears any criminal liability stemming from the incident."

Pride and Furcron's family have publicly stated previously that they want the officer fired and criminally charged.

RELATED: La Mesa woman shot in head with bean bag round at protest speaks out 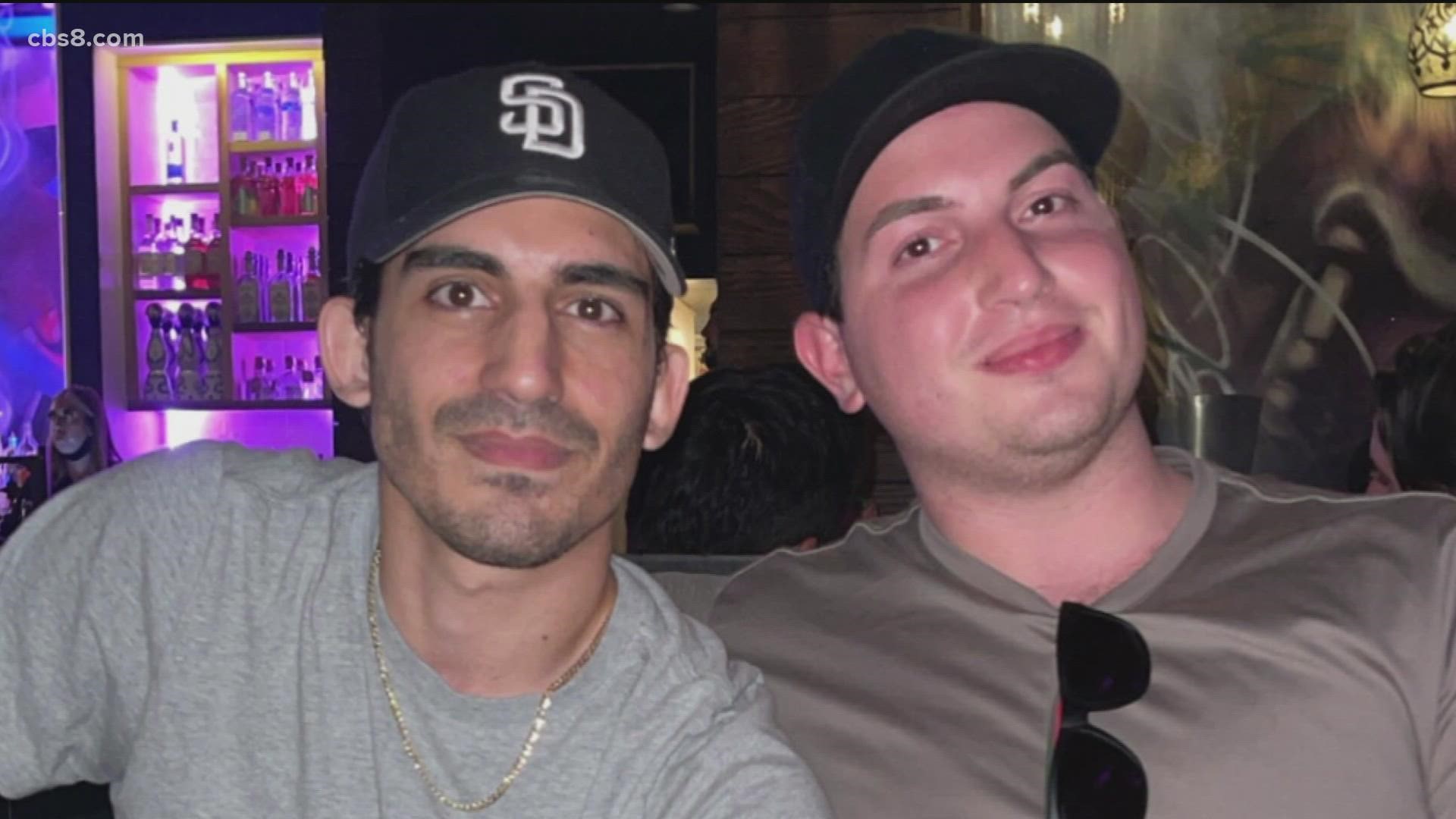