A deadly crash in Lakeside took the lives of two 16-year-old boys. 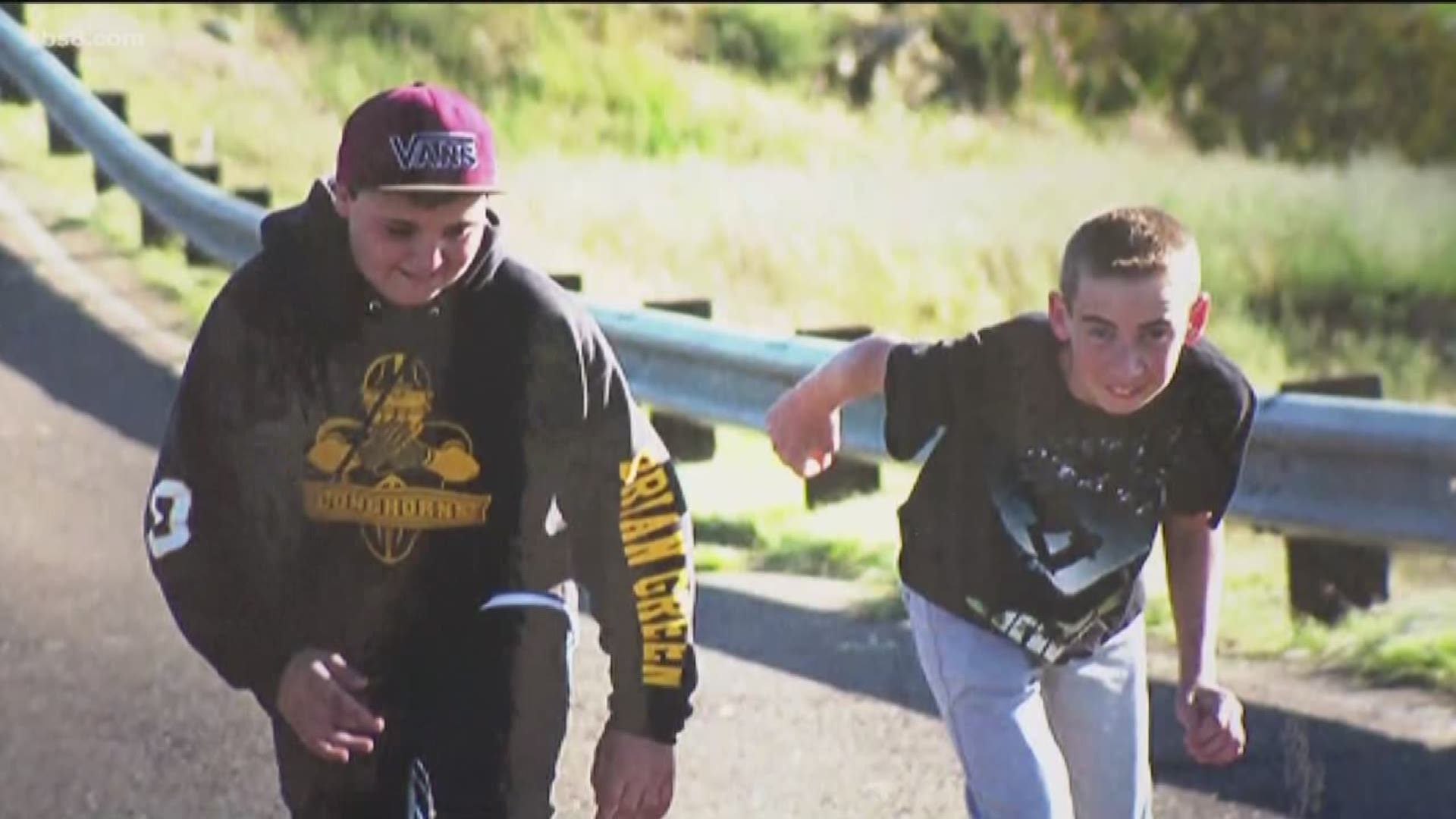 SAN DIEGO COUNTY, Calif. — An East County community mourns the loss of two teen boys, who died in a car crash over the weekend. The California Highway Patrol said the driver was traveling at a high rate of speed and crashed into a tree.

The two teens who were in the backseat survived.

"Not only as an officer, but as a father who has teenage kids, this is an a parent’s worst type of nightmare,” said CHP Public Information Officer Travis Garrow.

A deadly crash in Lakeside took the lives of two 16-year-old boys. The collision happened on Saturday night around 10:45 on Willow Road.

A roadside memorial has pictures of the teen boys. Friends said Justin Kyte was driving his 2003 Chevy Silverado with four other 16-year-old's inside his truck.

"He was coming too fast around, lost control. He was heading for one of these power poles overcorrected spun and hit the tree,” said friend Isaac Reber.

The two teens in the back were taken to the hospital with moderate injuries.

“I'm just coming here to pay my respects. I've been coming every day since. It's kind of traumatizing. They were good people. They were young," Reber said.

The memorial and crash site just down the street from El Capitan High School where all the students attended, but the two deceased were no longer enrolled.

“I am deeply saddened to report that our school community was impacted by a tragic, fatal auto accident that occurred Saturday night on Willows Road. The occupants of the vehicle were two former and two current El Capitan students.

We will have grief counselors on site tomorrow for any students and staff needing that support. If your child is experiencing any difficulties, please encourage him/her to report to our Counseling Office.”

“When we go to a crash like this, it has young people involved in it, It is difficult because we know the notifications that have to come after that, We know we have to knock on doors,” said Garrow, who is also the father of teenagers.

CHP reports only Culkin and a right rear passenger were wearing seat belts.

“However with a collision like this, Sometimes even with the seat belts, you’re still going to sustain some injuries,” Garrow said.

Friends plan a candlelight vigil for Saturday at 4:30pm in Lakeside at the roadside memorial.

A GofundMe page has been set up for those wishing to help Culkin's family.