Anyone with any possible information on any of the BB gun incidents across San Diego County is asked to call San Diego CrimeStoppers at 888-580-8477. 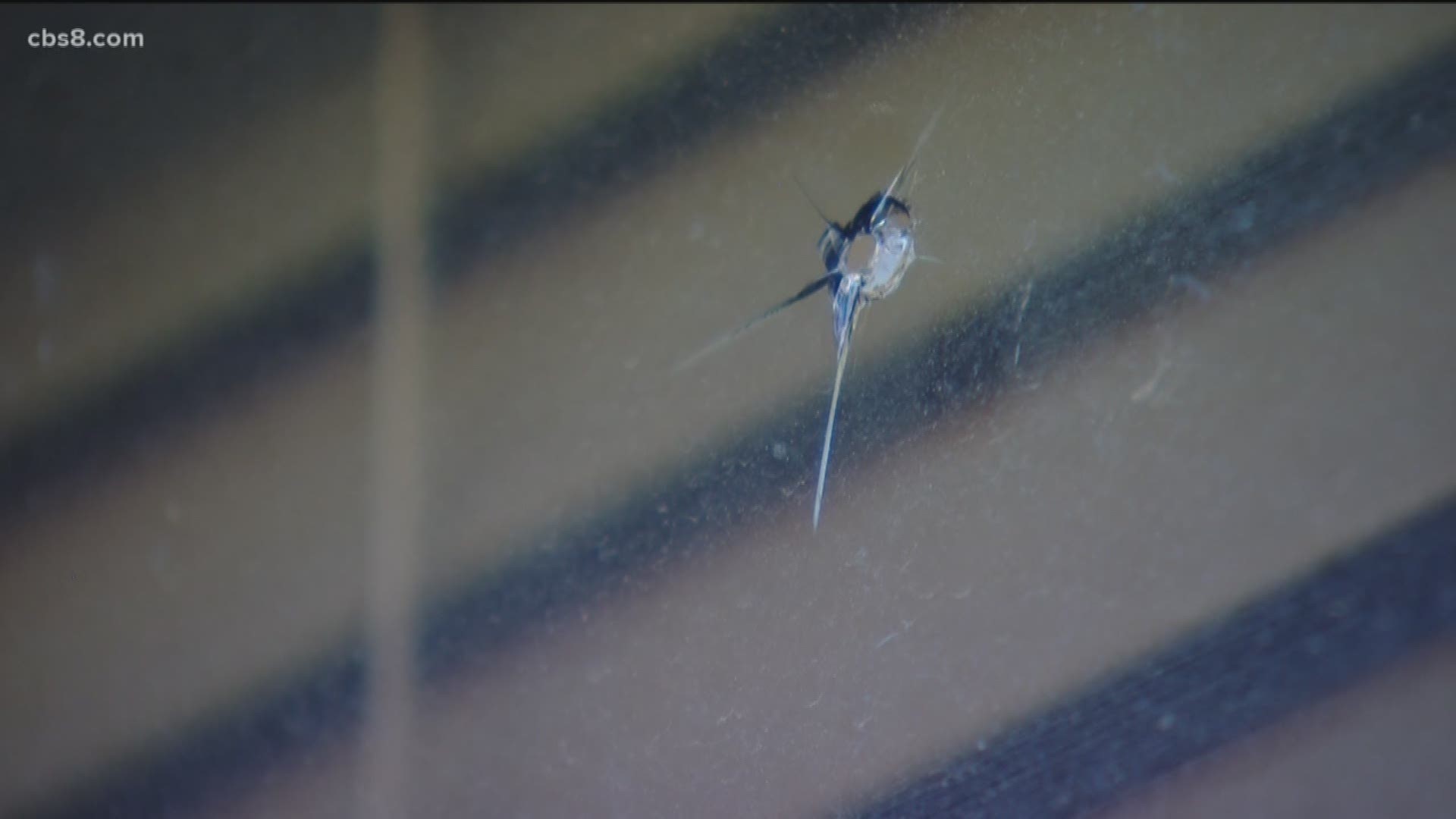 SAN DIEGO — San Diego Sheriff’s detectives have opened an investigation after a Lakeside couple’s home and vehicles were damaged by BB guns.

While there is no indication the incidents are connected, Sunday’s incident is the latest in a series of BB gun attacks across San Diego County that have not only damaged cars and property but injured several people as well.

The Lakeside resident, who asked not to be identified out of fear for her safety, originally thought the hit late Sunday night was caused by a rock.

“I was watching TV and all of a sudden there was a really loud hit on the window,” she said.

It was not until Monday morning that she and her boyfriend discovered that it had been a BB gun that had done the damage.

The damage was not just the home’s front window.

“Every car in our driveway was hit. My boyfriend’s truck was hit,” she said.

Even more unsettling, their three kids could have been in the living room of the home when the shooting took place.

“If the kids were there, this would have ended a lot worse than it did,” she said.

Another woman was similarly shot near 13th and Island.

Along with the physical injuries over the past few weeks, a mounting tally of property damage throughout the county caused by BB gun vandals targeting vehicles and store windows form Paradise Hills to National City to Coronado

In some of those cases, investigators are looking for the owner possible of a white Chrysler 300.

The latest victim, in Lakeside, said she wants justice.

“You don’t get to do that stuff to innocent people. We don’t deserve it,” she said.

Anyone with any possible information on any of the BB gun incidents across San Diego County is asked to call San Diego CrimeStoppers at 888-580-8477. You can remain anonymous.