San Diego County beaches are among the only open stretches of coast line in Southern California. 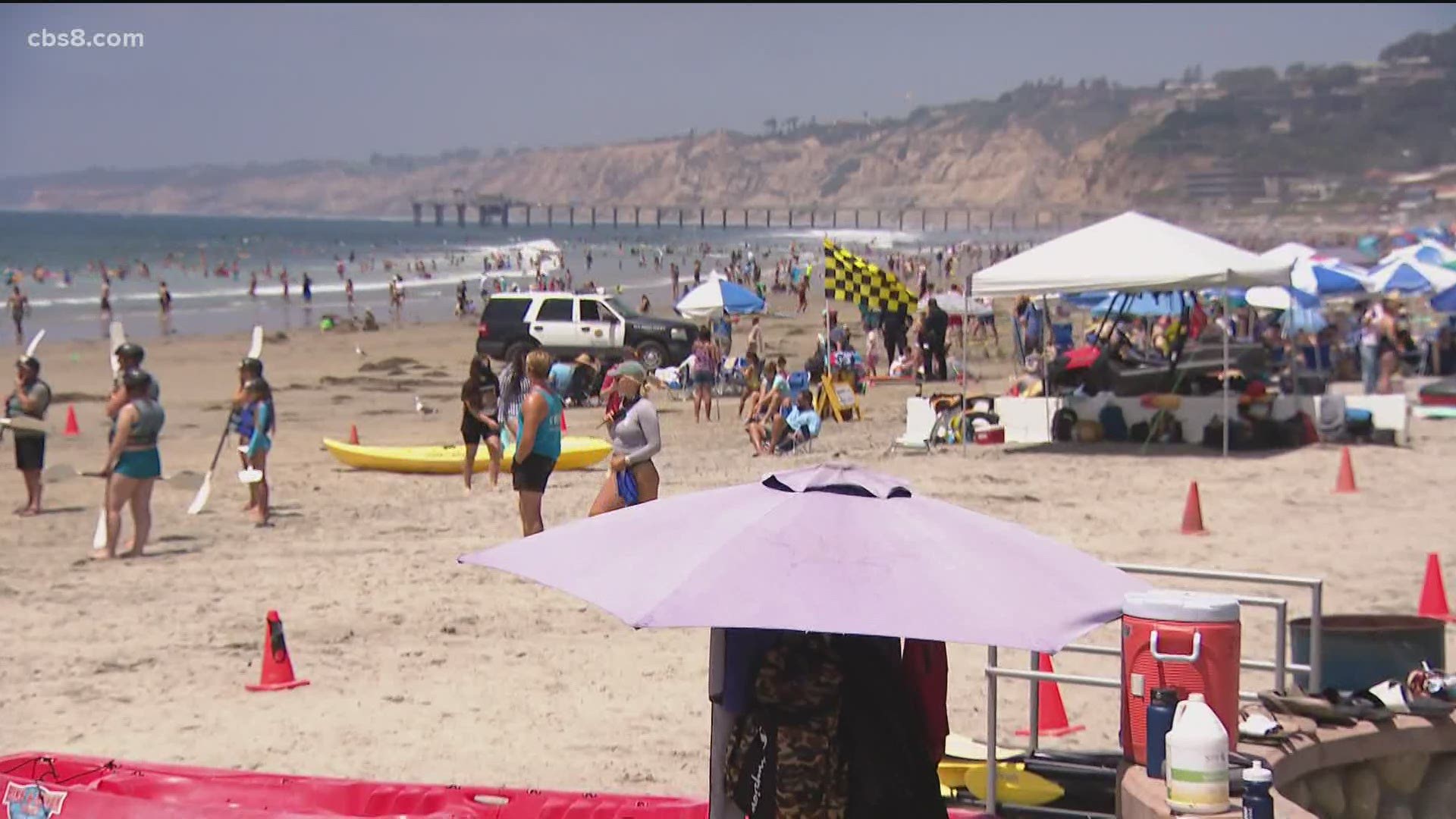 SAN DIEGO COUNTY, Calif. — Large crowds flocked to San Diego beaches Friday at the start of the Fourth of July weekend as positive coronavirus cases surged throughout the county.

San Diego County beaches are among the only open stretches of coast line in Southern California, as most others have closed in response to mounting positive coronavirus cases.

On Friday, lifeguard officials from Encinitas, Del Mar and Coronado reported beach population estimates that were on par with or greater than populations from years past.

He also added that not all beachgoes are maintaining social distance. He called the beach population a "mixed bag" of those remaining socially distant and those who are not.

Encinitas lifeguards are providing free masks to anyone who requests one and reminding people to keep socially distant over the PA system. Giles also closed all fire pits.

Judging from the long lines at the bathroom and drone surveillance of the beach, Rathsam estimated crowds were larger than normal for a July 3. Although he did note that drone footage showed a majority of the beach population in Del Mar was maintaining six feet of distance.

"It is hard to tell we are in COVID," Rathsam said. "There isn't any parking for a mile."

Both Rathsam and Giles said the sunny weather and strong surf were a factor in the large crowds, but both credited the fact that San Diego offered open beaches while nearby cities and counties were preparing to close theirs for the weekend.

At the southern end of San Diego County, Coronado also saw a larger- than-normal beach population on Friday. City of Coronado Lifeguard Captain Sean Carey reported an estimate of 30,000 beachgoers, which he described as an increase from years past.

San Diego County health officials reported a total of 15,696 COVID-19 cases Friday, with 387 deaths. There were 1,849 hospitalizations, with 503 people in intensive care.

RELATED: Coyote Peterson discusses being stung by a murder hornet